Washington County is going to be a very different place in 20 years. Over half of our population is older than 45. Almost a fifth is 65 or older. Only a small percentage of the people who are now middle-aged or elderly will be working in 2036, and there just aren’t enough young people to replace them. A case in point: Washington County families welcomed just under 300 births in 2014, but over 400 of our neighbors died.

In other words, maintaining the status quo isn’t really possible for us in the long term.

In economic development circles, we’ve talked for years about how to keep more of our young people here and how to convince those who have moved away to come home. The underlying assumption was that if people stayed, we could grow our population and our economy on our own. I’m not sure if this ever was a viable strategy, but in any case, facts have over taken it.

Without in-migration, Washington County is facing a future where its population will be lower than it has been in over a century. A shrinking population creates many economic challenges. It is harder to attract new business investment, there are fewer occupied houses and there are fewer volunteers to keep communities working.

In recent weeks, there has been a good deal of discussion about the opportunity that foreign-born immigrants could represent for Maine. As the Bangor Daily News and others have pointed out, although relatively few in number, Maine’s foreign-born residents contribute a great deal to our economy. In general, immigrants are younger and as such, willing to take great risks to build a better life for themselves and their families.

In Milbridge, the next town over from my hometown, we have a real-world example of how immigration can help the economy. Over the past 20 years, a few hundred Latino families have made greater Milbridge their home. It is not that the new immigrants have fixed everything in the economy, but there are more businesses downtown, more lights on at night, more people in the grocery store, and more kids in school than there would be without them.

I think Milbridge is a glimpse of a rural Maine where there is a future with new opportunities.

There are other glimpses around us of possible futures that are less encouraging, towns where the year-round population is hollowing out and essential services like the school, medical center and fire department are hanging by a thread. Without people moving in, that bleak future could become reality for more, if not most of rural Maine.

So, if immigration is a good thing, how do we encourage it? The fact is that immigrants are the ones who decide where they are moving. It is their decision, and to some extent it is out of our hands. But, there some things we can do.

For economic migrants, we can be more welcoming and make efforts to bring these new families into the economic and social life of our towns.  Also, it is time that we have a frank discussion about whether we have the wherewithal to welcome refugees. It is not a simple thing to provide a safe, decent home for families fleeing violence, but it is a type of immigration where we can take the initiative.

In any case, a first step is to recognize the reality of our situation and what it will take to keep our region a decent place to live and work in coming decades.   In looking to the future, immigrants are not a drain on our communities; they are an opportunity.

Charles Rudelitch is executive director of the Sunrise County Economic Council, Washington County’s economic development agency. He is also a small business owner and a farmer who lives in Harrington. 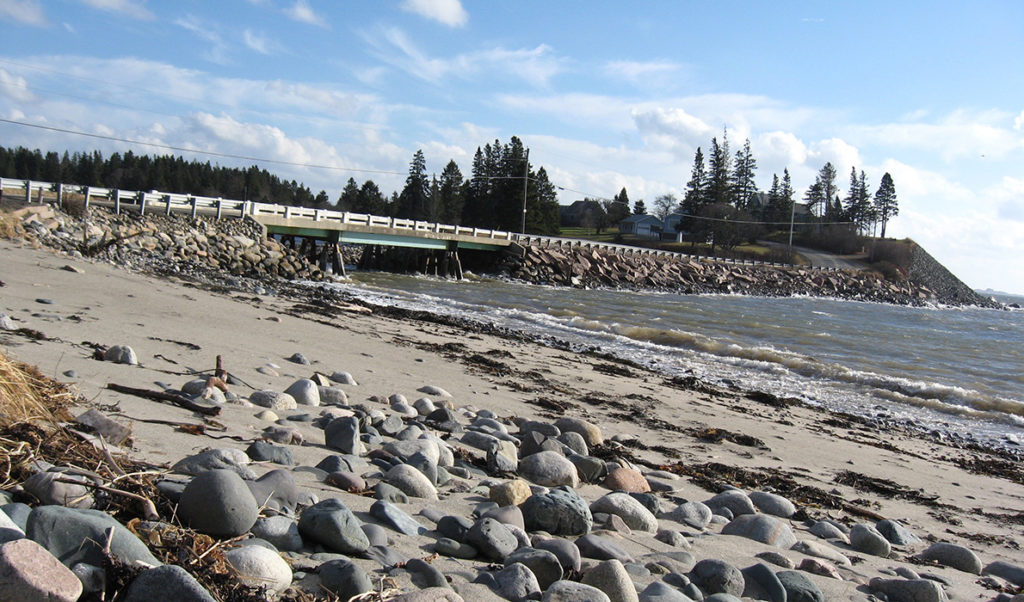 The shore at Roque Bluffs in Washington County.