After more than 30 years producing and servicing custom sailing and motor yachts, Lyman-Morse in Thomaston tacked in a different direction during the 2008 recession.

While the core of their business is still building and servicing boats, company president Drew Lyman said expanded services now include “a wide range of projects, product development, and prototyping projects for a diverse set of customers around the world.”

And some of that work has nothing to do with floating on the water.

Employees enjoy the non-marine work, Lyman said, because “it gives them a chance to think outside the box and apply their marine expertise in a new way. The fact that no project is ever the same keeps everyone energized,” he said.

Much of the new work is done under the company’s Lyman-Morse Technologies (LMT) and Lyman-Morse Fabrication divisions.

Jonathan Egan, who manages Lyman-Morse Fabrications, said that about 90 percent of the metal work now is non-marine. In recent years, those projects have included:

“Given the many advanced skills and trades needed to build a world class custom yacht, technology, defense and aerospace firms recognize the value in what we do,” Lyman said.

Several years ago, the company decided to tackle a project for Chestnut Street Baptist Church in Camden. The church’s 30-year old wooden steeple, weighing about 10,000 pounds, needed to be replaced. The fabrications crew constructed a replacement steeple of 3/8-inch fiberglass reinforced plastic laminate, weighing 6,800 pounds. The steeple is projected to last 60-plus years and will require little or no maintenance.

Currently, the company is assisting with the renovation of the historic American Boathouse in Camden. That project is led by Cold Mountain Builders of Belfast.

The boathouse, which once housed the yacht of wealthy summer resident Chauncey Borland, was added to the National Register of Historic Places in 1982. To remain on the list, renovations must follow strict specifications, including no exterior aesthetic changes. The new doors installed by Lyman-Morse Technologies were skinned with mahogany and painted green to preserve the historical look of the boathouse.

The original boathouse featured a marine railway system powered by oxen to haul the yacht in the off season. In collaboration with Prock Marine of Rockland, LMT is developing a new marine railway system which will allow a yacht to be stored on a custom boat cradle mounted on a rail car.  The company created a rail car made of steel with the custom boat cradle made of aluminum and an electric winch to raise and lower the car. 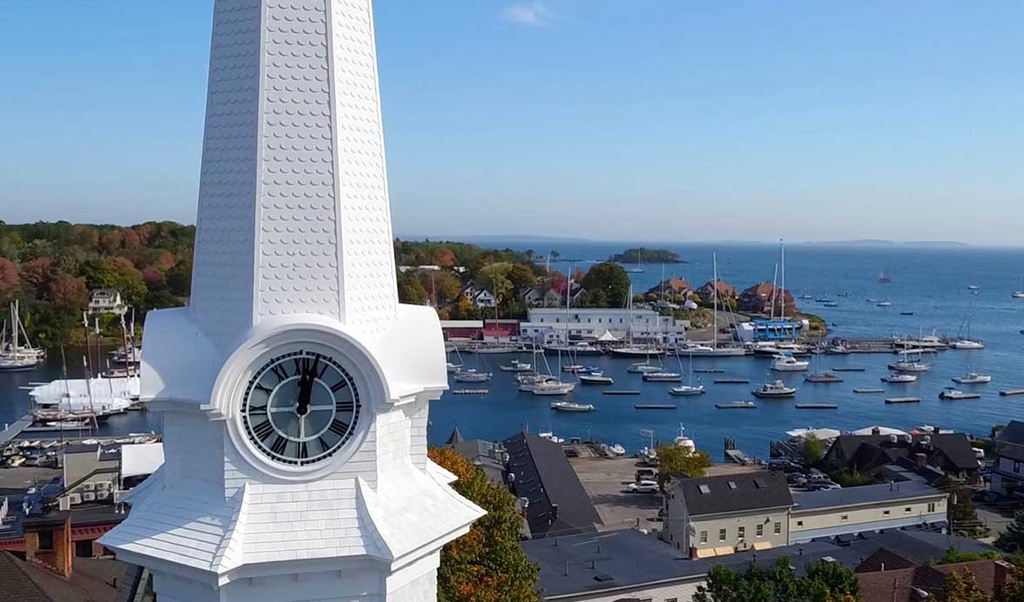