Veteran’s Day was coming as I wrote and has by now gone by. Thanksgiving is nearly here, so I’m going to make an effort to remind myself of how fortunate I am. I do that every year and if it’s not something everyone else looks forward to, well… I do.

I’m thankful to be living in this remote island community among the people who live here with, if not always allied with, me. I’m thankful too for my family, four brothers and families all still reasonably close with one another and for living in the United States of America where I am free to say what’s on my mind.

This place, this island, is free from nearly all the world’s afflictions. No one is attacking us. No terrorists have come near. None of us is risking everything and putting our lives in the hands of the worst kind of evil, a charlatan who will promise to get us safely across the sea and out of harm’s way.

There is still no gun violence. We are relatively free from air pollution and the oceans surrounding us are still pretty clean and pure. There is no rampant poverty or homelessness and, as a community, we still manage to provide for the few among us who are unable to do so for themselves.

Drugs are here but they haven’t overwhelmed us. There are no gangs of thugs willing to slaughter children in retribution for a perceived slight. The closest we have ever come involved me and a few of my peers back in the ’50s and ’60s when we donned “engineer boots” and “garrison belts,” displayed switchblade knives, and sauntered around with really bad attitudes but not much other sense of who we were or what we were doing.

Our youngsters are in no danger of being kidnapped by gangs looking to turn them into soldiers or prostitutes. The people who represent us locally really do and we have the freedom on any level to remove or replace those who do not—if only we were to take our freedoms seriously.

On the other hand, I wish we were complying with our own constitution and Bill of Rights and not continuing to incarcerate—for life it now seems—over a hundred individuals who have not been charged with or found guilty of anything.

I wish we were as welcoming as we once professed to be when we offered, “Give me your tired, your poor, your huddled masses yearning to breathe free.” Instead, we offer piddling assistance to people all around the world whose desperation to escape hellish circumstances is largely beyond our comprehension, and that assistance pales in comparison with the sacrifices of countries with far few resources in Europe and the Middle East.

And I wish many of us were not willing, eager even, to return the immigrants already among us, often folks who work harder than the rest of us, to their countries of origin.

I wish we had evolved as far as much of the rest of the world in recognizing the dismal consequences of rampant imprisonment, capital punishment and solitary confinement. I wish a workable medium could be found that would allow our good teachers to educate instead of finding it necessary to waste their time in endless compliance.

I wish there was not such a gap between rich and poor and I wish that gap were not so capably guarded and nourished by the short-sighted folks who benefit most from its continuance but do not appreciate the inevitable consequences. And I wish all our federal elections were publicly funded. 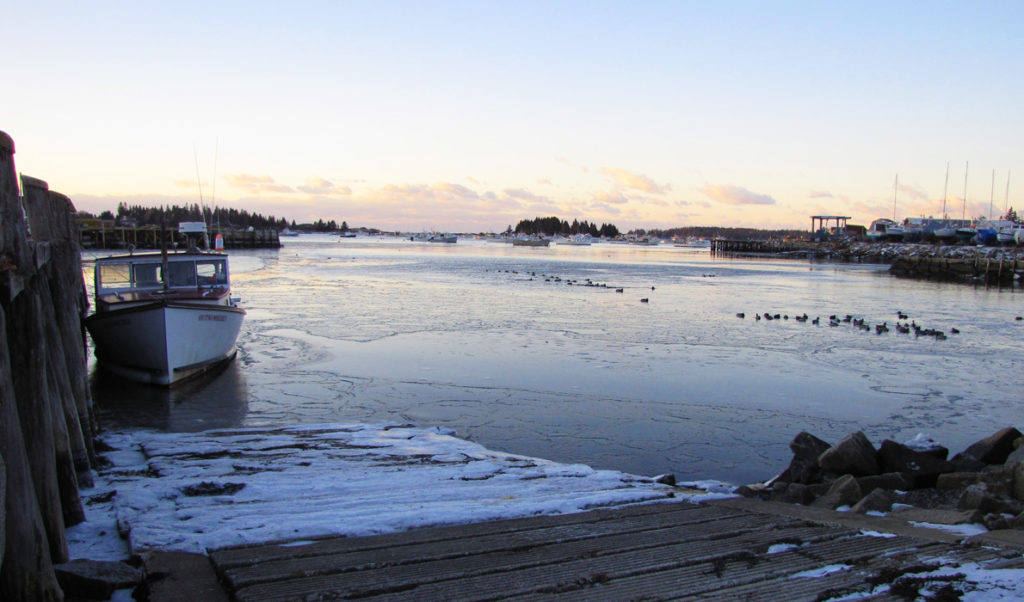 A winter day dawns on Vinalhaven.