How a Group of Hackers, Geniuses, and Geeks Created the Digital Revolution

I lived through the digital revolution—or thought I had until I read this book. Being a child of the 1950s and ’60s, I had assumed that computers, email, Google and the World Wide Web were all creatures brought to life by my own generation; since Steve Jobs and Bill Gates were, in fact, younger than me, it was only natural to conclude that they had invented the digital world we now live in.

Not so fast: Calculating machines go back to the abacus. A need to do large numbers of calculations for purposes ranging from navigation to tide tables dates to the eighteenth century. By the early 19th century, mathematicians were beginning to focus on ways to get this work done efficiently, and tinkerers had turned their attentions to calculating “engines” that might replace people adding, subtracting or multiplying numbers by hand. The industrial revolution had created a need to crunch numbers fast; looking back, it now seems inevitable that the computer would become part of our lives.

Walter Isaacson, author of several biographies of individuals who literally changed the world—Benjamin Franklin, Albert Einstein, Steve Jobs—has now turned his attention to a whole group of people who left the planet very different from the one they inherited. The result is a fascinating exploration of how innovation happens.

He begins in what seems an unlikely time and place: 1833 in London, when the young Ada Gordon, Countess of Lovelace, the only legitimate daughter of the poet Lord Byron, was presented at court, making a “tolerable” impression on the assembled nobility and royalty. Unknown to most of the others at the occasion, Ada had interests other than society: at her mother’s suggestion she had been tutored in mathematics, where she had shown unusual abilities.

Shortly after her debut she would meet the mathematician Charles Babbage, inventor of what he called his “difference engine,” a pioneering calculating machine. Ada watched a demonstration, grasped what she was seeing, and—being Byron’s daughter and therefore a Romantic as well as a mathematician, saw “beauty in a computing machine.” From there Ada became an early student of the intersection of science and poetry, and ten years later she wrote a series of “Notes” on questions such as whether calculating machines could “think” like humans.

“She was able to glimpse a future in which machines would become partners of the human imagination,” Isaacson writes.

Ada’s story, of course, is but one of dozens in this book. From her time onward, a string of scientists, practical inventors, tinkerers, military planners, entrepreneurs and others who found themselves in need of high-speed calculations contributed their parts of what would become the digital revolution. Together they changed the world.

And the world, when we think about it, includes island communities in Maine—when I became involved with the Island Institute in the early 1990s as editor of a couple of its publications, islands were in trouble as places for humans to live and thrive. Isolated, bypassed by modern shipping and travel, island towns were emptying out. They needed communications and other systems that were up-to-speed and up-to-date.

Helping develop such systems was an early mission of the Institute, beginning with publications (Island Journal, Inter-Island News, The Working Waterfront) and then growing into the digital systems that would supplement and even replace the printed word as the years went by. As a place to try out new approaches, the Maine island archipelago was perfect.

By the late 1990s we at the Institute were deep into experimentation—with computers (we became an Apple shop early on, largely because Apple and Macintosh equipment were compatible with publishing), with early forms of email, with broadband connections, eventually with Web-based systems. I’m sorry to say we spent a lot of money on things that didn’t work well right away, but that’s the nature of the beast. I’m certain Isaacson and many of the innovators he writes about would agree.

Island communities have benefited enormously from the digital revolution. Since you can now live virtually anywhere and work online, buy and sell things, follow markets and generally function in the wider world, places that once seemed “isolated” no longer are. For that we have many creative people to thank, from the Countess of Lovelace to the tinkerers at universities and entrepreneurs of Silicon Valley to—dare I say it?—islanders in need of better connections and the people at the Island Institute who worked with them.

It’s been a great revolution, and all of us can feel proud of what we’ve done. 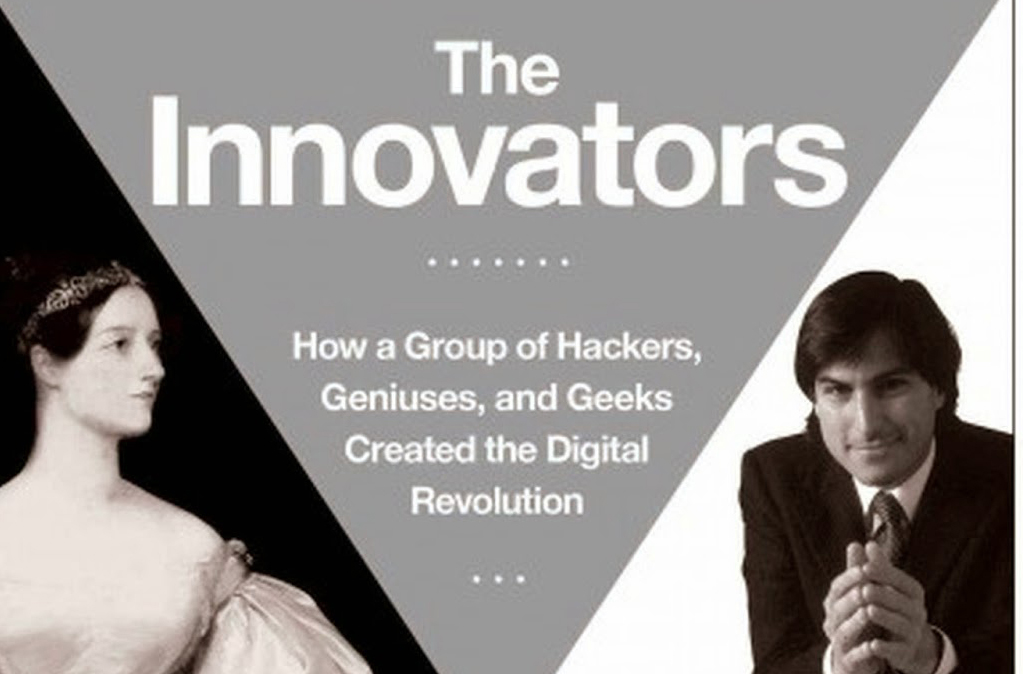