For a small island, Monhegan has faced some big challenges in recent years: the prospect of floating wind turbines just off its shore; a freshwater aquifer threatened by saltwater incursion; an aging diesel-generator powered electric grid; the lack of high-speed internet.

But that small island—whose year-round population numbers under 50—has responded in a big way. The community’s leaders, who work collaboratively in the face of these challenges, were honored with the Island Institute’s Community Champion award at the Institute’s Waypoints Forum in Portland on Feb. 7.

Emily Lane, chairwoman of the Institute’s board of trustees, cited Monhegan’s leaders for the way in which they worked.

“While the passion and commitment of individuals cannot be underestimated, it is often the case that striking the balance between preserving what we currently love about our communities and obtaining what we need for our future requires multiple perspectives and sectors to work together,” Lane said.

Monhegan’s collaborative approach has inspired and served as a model for other small coastal and island communities, she added.

“As island residents, people are asked to wear many hats and to step up and lead,” said Lane, who lives on Vinalhaven and has served in multiple leadership roles. “In this tiny community, residents have formed numerous committees and practiced shared leadership to tackle issues that challenge even the largest and most resourced communities.”

Among the highlights are:

“Through all of these accomplishments and the many hiccups along the way,” Lane said, “the community leaders on Monhegan were committed to learn from other communities, and to share their learning with other places.”

In comments responding to the award, Marian Chioffi, one of the island’s leaders, noted that when she moved to Monhegan 30-plus years ago, it was a very different place.

“There were over 100 people living there year-round. There were 75 household generators. Not everyone had running water in the winter months.

Now we number less than 50,” she observed.

With fewer people to do the work, she concludes that “it comes down to belief in community and love of place. It hasn’t been easy, but we’ve come to see that it’s about each of us and all of us. We’re in this together for the long haul.”

“The Island Institute has been an amazing partner as we found our unified voice and our confidence to go after solutions that we believe will keep us viable in a rapidly changing world,” she added. “On behalf of Monhegan, thank you for recognizing our effort and hard work with this Community Champion award as we struggle to preserve our community.” 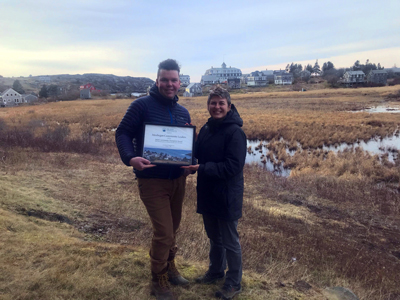 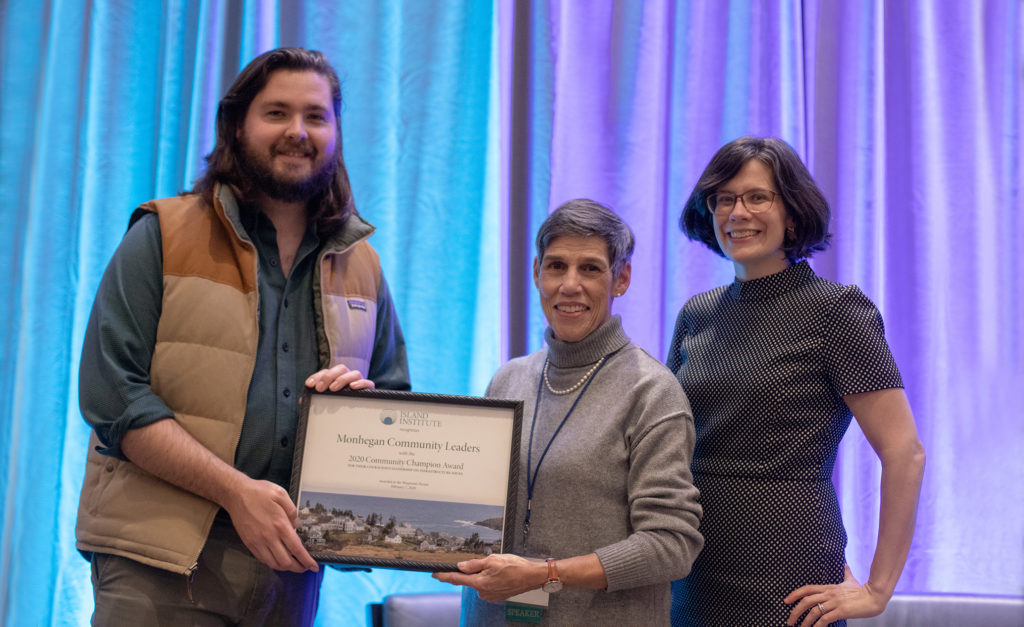