The notion of sustainable harvesting practices translates well into Chinese and Japanese, according to Deirdre Gilbert, policy director for the Maine Department of Marine Resources.

Gilbert, who travelled to Tokyo and Shanghai on a trade mission with Gov. Paul LePage late last month, provided an overview of Maine’s lobster industry management and conservation measures to dozens of chefs, buyers, government officials and media in both cities.

“This mission was a success on many fronts,” said LePage. “But I was especially pleased see how receptive people were in Tokyo and Shanghai to Deirdre’s presentation on the management and character of Maine’s lobster fishery. I believe this will help our dealers continue to grow markets in China and Japan for Maine lobster in all its forms.”

Gilbert’s presentations in each city preceded a reception in which hundreds of attendees had a chance to sample Maine lobster prepared by local chefs.

The mission, hosted by the Maine International Trade Center, included several Maine lobster dealers who had a chance to network with prospective buyers and importers.

“I was told that a lot of buyers didn’t necessarily understand the fishery before the presentation,” said Gilbert. “The dealers valued the chance to educate their buyers about the many attributes that make Maine lobsters unique. People in both cities wanted to understand Maine’s conservation measures,” she said. “I believe they came away with a strong appreciation both for Maine’s conservation laws and the industry’s longstanding commitment to sustainable harvesting practices.”

Gilbert’s presentation included a brief geography lesson with an overview of the Gulf of Maine ecosystem and a description of the remote coastal communities and the harvesters who live and work there. She also highlighted the conservation laws and monitoring work that underpin Maine’s abundant lobster resource.

“I believe they appreciated the fact that Maine lobster fishermen are small scale operators and the license holder is doing the actual fishing,” said Gilbert.

While in Tokyo, Gilbert and LePage were interviewed by a reporter with Minato-Tsukiji.com, a web-based daily news service that specializes in fishery and seafood industries.

“The reporter was interested not only in conservation but also in the importance of Maine’s lobster industry to our state’s economy,” she said.

The trade mission provided an opportunity for the Maine dealers in attendance as well as others who did not attend to capitalize on improved appreciation for Maine lobster in both Japan and China.

“There was a very positive response to Maine’s lobster fishery in both cities. It should help our dealers as they continue to grow Asian markets,” Gilbert said. 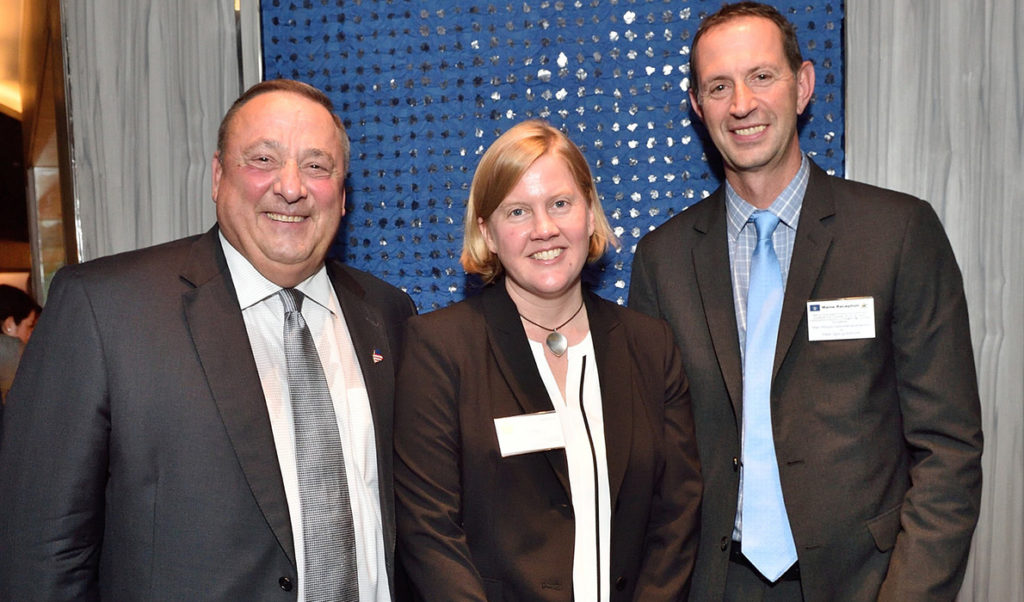