Lobster landings fell off significantly this season compared with 2016. But 2016 was a record year, and some fishermen aren’t surprised to see a drop-off. They also believe the resource remains healthy.

“It’s been a different year, for sure,” said Patrice McCarron, executive director of the Maine Lobstermen’s Association in Kennebunk. “But it’s not the end of the year, so a lot can happen. October and November definitely have potential to be significant months. December can match July, sometimes. That said, the reports along the coast are that landings seem to be off. How far off depends on who you talk with.”

Any drop-off in landings also depends on what the numbers are being compared with, she said.

“I think a lot of people are looking at this year compared with last year,” she said. “And last year was a record year, in every sense. We had record landings and record prices. It’s a tough year to use as a baseline. So it’s not surprising that people would be off from 2016 because it was just so high.”

“It’s been very slow,” said John Drouin of Cutler, who chairs the Zone A Lobster Council. August was semi-decent, he said, but he estimated his catch for the summer was down 18 percent and his revenue was down 30 percent.

Drouin said he was optimistic that things would improve through the fall. Still, he said, “I’ve never seen anything like this. I’m struggling to maintain 1 to 1½  pounds per trap. That’s not good for us, especially here in Cutler.” A fairly good haul is 5-8 pounds per trap. “We have to catch all of ours in the fall in order to make it, because we don’t have a winter fishery.”

During one October week, he was down poundage-wise 50 percent compared with the same time period in 2016.

Price is another factor, with fishermen getting about 75 cents per pound less than this time a year ago, he said. The drop in landings and price is a double whammy: “That hurts.” Add to that the rising cost of bait, double what it was a year or two ago.

“I don’t think we need to be Chicken Little and the sky is falling, but there are these issues,” Drouin said. “But as far as the resource, we’re still seeing tons and tons of juveniles.”

Steve Peabody, manager of the Beals-Jonesport Co-Op, also put the downturn in perspective.

“It isn’t the greatest year, but it can’t always be the greatest,” he said. “Many believe it’s weather-related. The spring was late coming, the fall was late coming. I don’t think it’s a lobster issue. I think it’s a timing thing. The thing about lobsters coming late is that the smaller inside guys,” those who fish closer to shore, “don’t do as well. The outside guys aren’t affected.”

“Probably, we’re down around 20 percent, maybe a little less now,” said Stonington Lobster Co-Op Manager Ron Trundy. “This has been a very strange year. It started real slow in the spring, and everybody said it would pick up, as it has in years past.”

Colder water temperature might have had something to do with the situation, said Jason Joyce, on Swan’s Island.

“Back in June, the water was 10 degrees colder than 2016, so the water temperature has been extraordinary cold this year,” he said “That delayed the molt by about five weeks, from what we saw out here. And that’s five weeks that I don’t think we’ll get back. When you have a temperature that’s more conducive to an early shed, sometimes you’ll get two sheds out of that. But there’s nothing wrong with the resource. I think we’re just more in tune with how things have traditionally been along the coast.”

According to the Department of Marine Resources, lobster fishermen in 2016 landed a record of over 130 million pounds. It was the fifth year in a row in which Maine lobster harvesters landed over 120 million pounds. The fishery saw the overall landed value jump by more than $30 million, with the overall value a record $533,094,366. Lobster is close to 80 percent of the value of Maine’s fisheries. There are 4,500 active licenses in Maine. 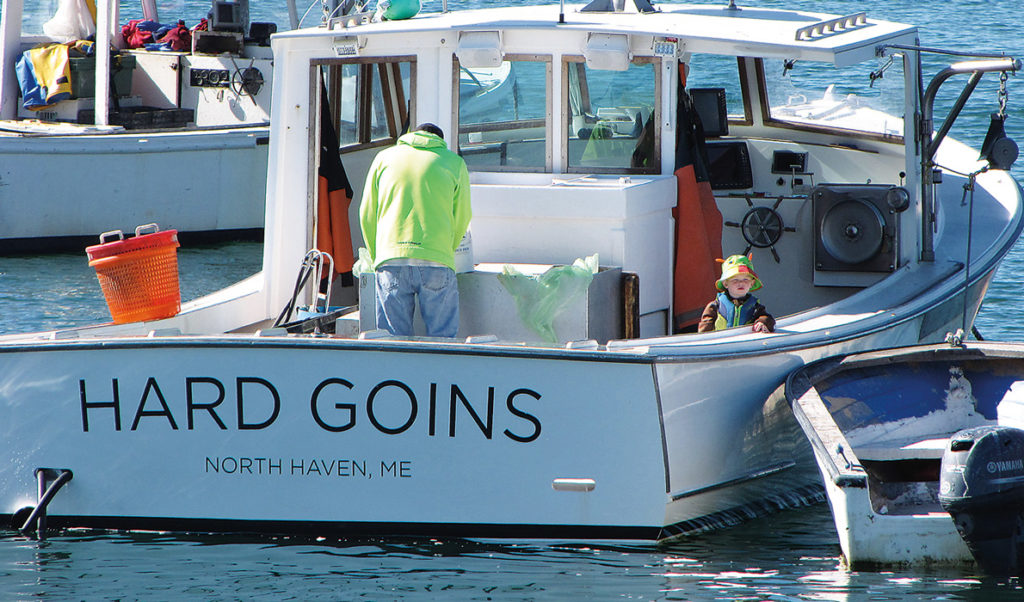