Rita MacWilliam came to the tiny one-room, K-8 schoolhouse on Isle au Haut from a life of immersion in new cultural experiences that included working in other tiny schools in out-of-the-way settings.

This island’s new teacher, who mainly grew up in Ohio, started her career as a 19-year-old undergraduate in the early 1970s, working on the Hopi Reservation in Arizona as an intern with the Teacher Corps, a program established by Congress in 1965 to improve teaching in predominantly low-income areas.

“At that time, the Hopi villages were quite traditional,” she said. “That was my first real step into another culture. For two years, I lived without running water and with sporadic electricity. We were 80 miles from the closest Anglo town. The second year, I was invited by the chief to live in his village. So I got to see a full year of their traditions.”

The program did little to facilitate integration of the interns with the culture. So it was up to individual teachers, like MacWilliam, to embrace the experience.

“I loved being in a different culture and seeing how people make sense of this world and how they live in it,” she said. “We used to go to people’s homes and meet people, and that was very different. They had not had that. I learned the kids would get a $25 clothing check four times a year, so I would take the kids into town and we’d see if we could get a pair of cowboy boots and two pairs of pants. I was invited to their religious ceremonies and into the kivas. It was a beautiful time.”

She learned the Hopi language doesn’t have a past or future tense for their verbs.

One day, while learning to live in “no time,” she invited a family for dinner.

“I got dinner made and they never showed up,” she said. “A few days later, they came. I said, ‘What are you doing?’ They said, ‘You invited us for dinner.’”

English was a second language for the community. MacWilliam helped students improve their skill.

“They learned a lot of English because there was trust. They knew I was interested in them,” she said. “Instead of, ‘I’m going to come in and teach you, to change you,’ It was, ‘I’m going to bring you something and you can incorporate that into who you are.’ A lot of my formative ideas for teaching come from what I learned there.”

In 1979, she began teaching in the tiny town of Cornwall, Conn., where the K-8 school enrolled about 60 when she started. She stayed 14 years, starting a multi-age program, the computer program, a gifted program, and others. She’d get the whole community to participate in school events such as building a full-size teepee, or staging a medieval fair where everyone dressed up as ladies and knights.

“It was a wonderful place to teach,” she said.

Other small schools followed, while she earned her administrative degree. Then she was principal for 10 years in three schools with enrollments under 200. The one in Lyme, Conn., was a Higher Order Thinking School, which promotes teaching and learning in, about, and through the arts in a democratic setting.

In Connecticut, she met a sailor and marine engineer on the tall ship Amistad. He was born and raised in Maine, and spent much of his adult life in the Northwest, fishing for Alaska crab and salmon, and learning marine engineering, marine carpentry, and house carpentry He developed a passion for research and writing, then went to work on the tall ships.

She took early retirement from teaching.

“He put me on a 32-foot sloop. I didn’t know anything about it,” she laughed. “We traveled down the Intracoastal Waterway to North Carolina. So again, I just jumped into a new culture, learning how to work on a boat. That was quite the time.”

They lived on the boat and at the marina for about a year. Then the couple moved to the small mining town of Bagdad, Ariz. It was in the high mesas, 68 miles from the nearest town. They lived on an off-the-grid ranch, taught themselves to ride horses, pack donkeys and raise chickens. She taught first grade for six years, developing “authentic learning” school programs that incorporated hands-on learning for real-life skills.

She’d always wanted to live in Montana and found a job listing to live on a 100,000-acre ranch and teach a profoundly disabled child. They packed up and moved.

“We were 40 miles from the town of Havre, where you could buy a loaf of bread. Thirty miles of that was dirt roads,” she said. “When it rained or snowed, some of the roads were impassable. We were about 20 people and didn’t see many others.”

MacWilliam found her student responded to music, so she combined that with occupational therapy sensory techniques and brain gym.

“There were moments of astounding discovery and growth, but many days of not seeming to move forward,” she recalled.

While there, she and her husband completed training to become court-appointed advocates. And through all of this, she earned master’s degrees in educational technology and educational leadership and earned a reading specialist endorsement.

Last February, the couple packed up again to return home to New England and moved to Owls Head. She came across The Island Institute, where she learned about the teacher’s position available on Isle au Haut, one of about 400 remaining one-room schoolhouses in the U.S.

Naturally, she had always wanted to teach on an island.

“So here I am,” she said. “Life has a way of unfolding. And I’m excited about learning another new culture.” 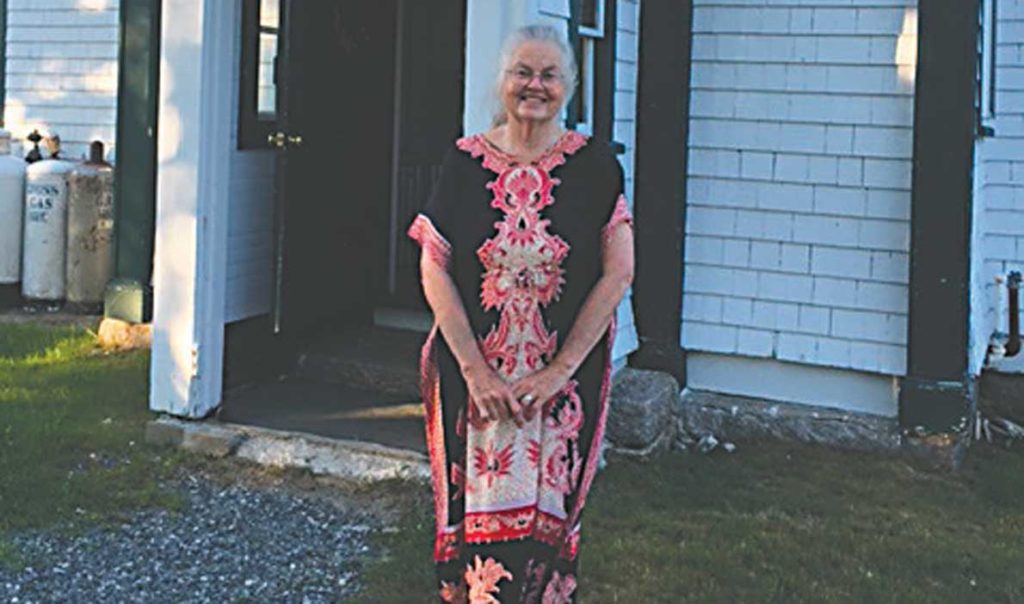