On Thursday, June 16 the film “A New England Story for Sustaining the Sea” will be shown at the Abbott Room of the Belfast Free Library. A discussion following the film will include two panelists familiar with the needs of stakeholders working to maintain the diverse uses of the ocean.

Panelist Rebecca Clark is a marine programs associate at the Island Institute, an organization whose mission is to support Maine’s islands, remote coastal communities and its working waterfronts. Panelist Richard Nelson is a local lobster fisherman and northeast regional manager of the Surfrider Foundation, whose mission is to protect the world’s oceans, waves and beaches. These organizations are among the many, which include universities, industrial associations, NGOs, aquaria and individuals, working to build understanding and support for a new era in ocean stewardship.

Offshore New England is a region steeped in maritime tradition, but it now faces a wave of big ships and energy industries which, along with a changing climate, threaten the limits of an already crowded sea. The film suggests that with far-sighted planning, diverse groups can come together to keep both the ocean and the livelihoods it provides alive. It’s a critical balancing act, which will spur a lively discussion.

This free event, open to the public, will start at 6:30 p.m. and end at 8 p.m. It is sponsored by the Belfast Bay Watershed Coalition 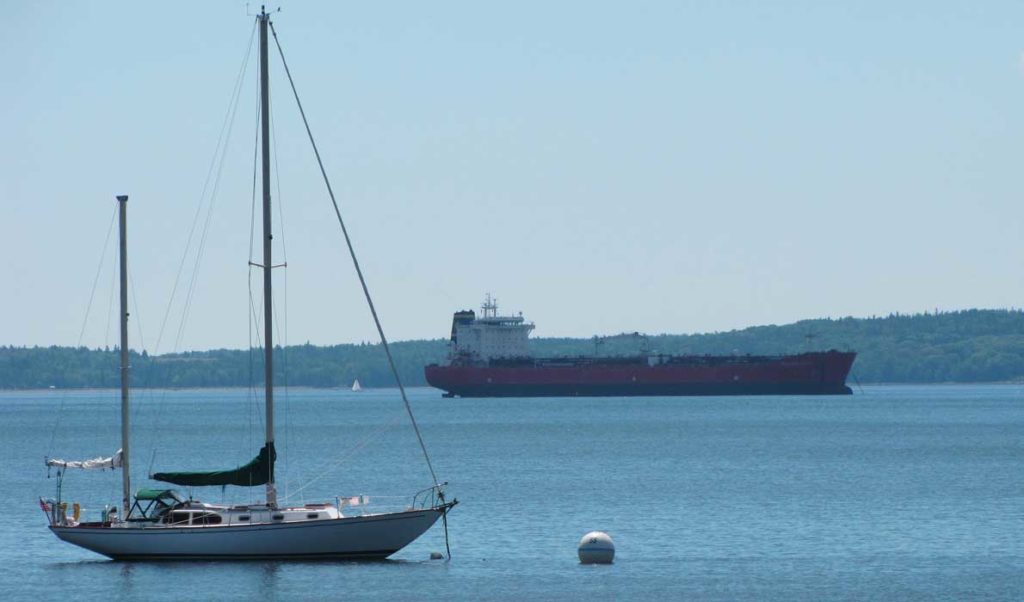 A sailboat and cargo ship share the waters off Searsport.