Maine may be relatively safe from hurricanes, but warming waters could change that status. We certainly are not immune from sea level rise. So, what should Maine’s response be?

We asked those who follow The Working Waterfront on our Facebook page to weigh-in: Should the state implement a comprehensive approach? Should individual towns prepare, with help from planning grants from the Maine Coastal Program and others? Or should the state mandate that coastal towns plan to protect infrastructure like low-lying roads, sewer treatment plants, ferry terminals, docks, etc.?

Many small towns simply won’t deal with it until forced to react to a catastrophe. Bucksport has sewage treatment and many businesses that would be impacted at the waterfront, as well as an active marina, including oil tanker deliveries. A hurricane has the potential to be devastating to our area.

Lyn Larrc: Definitely a statewide plan to protect infrastructure like low-lying roads, sewer treatment plants, ferry terminals, docks, etc. We should all support it because we all benefit from all those structures. In the event of catastrophic failure we will all be affected and all have to pay.

Our infrastructure could use some updating anyway. This burden should not be placed on individual towns and done in consistently from one town to the next.

Claudia Fisher: I don’t live on the coast but I believe towns need a response plan distinct to each town but an overall infrastructure plan and emergency preparedness at the state level. Towns need expert advice and financial backing.

Karen Damborg Hinson: Every city, county, state, and country should have this on their agenda!

Jonathan Fulford: The funding and planning for the impact of sea level rise on our coasts should be a priority on the national level. Local and state involvement will be important to make sure what is done best reflects the needs of each area, but the costs will exceed local and state budgets.

Dan Fisher: Well, since the city of Portland is going to push the few remaining waterfront businesses out and replace them with tourist attractions, I wouldn’t worry about it.

Eva Murray: Most towns and all cities have an emergency management director or plan (all are supposed to have both, most have at least one) and there should be at least rudimentary planning going on at the municipal level.

This does not mean that everything is ready all the time, and it does not mean citizens don’t have to plan for themselves and assess their situations, and it doesn’t mean we shouldn’t explore this topic in greater depth—but rarely are we starting entirely from scratch.

This is not a new subject. Harvey and Irma should teach us all a few lessons, to be sure!

Bob Foster: Many small communities just do not have the wherewithal to begin that process.

Kerry Zimmerman: Disallow building on the coast… Oops, we can’t do that. Where would all the elitists spend their summers?

Based on this reality, it is time—actually past time —to reduce greenhouse gas emissions.

We must also begin designing for worse short-term coastal flooding from extreme storms, as well as the longer term problem of rising sea levels. It’s as good a time as any to “draw a line in the sand” and tell leaders that climate change is a threat to coastal communities and our entire economy. This will certainly inform how we vote in the future.

Most U.S. politicians still are playing games on the topic. EPA Secretary Pruitt recently said about Irma that “This was not the time to talk about climate change.”

Sonja Sleeper: All this just bugs me no end. People need to be aware, be prepared, and act.

Keith Taft: Houses on stilts were flooded and tipped over in Hurricane Irma.

Dave Tew: Rereading the local newspaper during a historical research project, my wife came across an article about how local businesses were serious, involved, and cooperating concerning sea-level-rise planning and investment. The article was from 2000.

Then came 2001’s 9/11, the Iraq War, the financial collapse of 2008 and the current crop of deniers. Look where we are now by comparison, almost two decades later, and with an administration and much of a populace that calls it all a hoax. 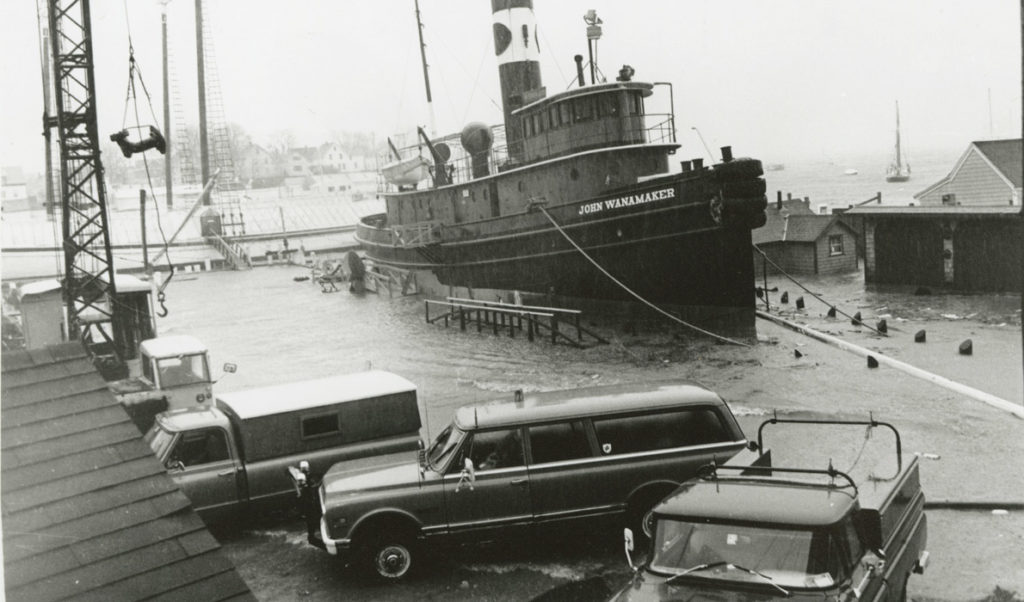