A pair of researchers said they were stunned to discover just how many recreational crab pots were abandoned or lost in Rehoboth Bay, a sheltered body of water near Delaware Bay.

A survey of 100 acres of shallow water in the watershed found 160 ghost pots, and one particularly popular section of the bay averaged 3.5 abandoned pots per acre. The first-of-its kind effort to map these ghost pots in Rehoboth Bay was led by Art Trembanis, director of the University of Delaware’s Coastal Sediments Hydrodynamics & Engineering Lab, and Kate Fleming, a coastal ecologist of Delaware Sea Grant.

“We knew that pot loss has been an issue in blue crab fisheries in other states, so we expected we would find some amount of derelict pots in the inland bays (which includes Rehoboth Bay),” Fleming said in an email interview. “But we really didn’t have any sense of how many there would be because there isn’t much data about crabbing in Delaware’s inland bays.”

While lobster trap line might lead to entangling large marine mammals like endangered North Atlantic right whales, ghost pots are more likely to inflict ecological damage by providing perpetual bait to entrap crabs, which are cannibalistic, as well as other fish and crustaceans. During their survey, the researchers found dead blue crabs, live blue crabs, a dead sunfish, oyster toadfish, and a largemouth bass.

Such findings, sadly, are not unique. In a 2008 Virginia Institute of Marine Science study, for example, researchers estimated that a single abandoned pot had the potential to catch 50 blue crabs per crabbing season in the Chesapeake Bay. Also, a 2001 studyof ghost pots in the Gulf of Mexico found that derelict traps accounted for the loss of 250,000 blue crabs in Louisiana alone.

For the study, the researchers used a low-cost sonar device, which could better map the shallow surface of the bay than more expensive devices to map the abandoned pots. They also received permission to haul up six live pots.

Fleming said an advantage of using the low-cost sonar device is that it is the kind that recreational fishermen are likely to use. Efforts to clean up ghost gear are often not well-funded, and any cleanup effort will require volunteers.

“The systematic response to clean them up is potentially going to be larger than any one research group or entity can take on,” she said. “It could require the assistance of many groups and will likely be bolstered by the stewardship of those that spend time on the water.”

That has certainly been the experience of cleanup efforts in the Gulf of Maine, according to Erin Pelletier, executive director of the Gulf of Maine Lobster Foundation. The foundation is planning a cleanup in early June, and hosts regular cleanup efforts, dubbed Gear Grabs, of ghost lobster and fishing gear in the gulf. The problem of lost gear is monumental, Pelletier said, but funding for cleanup is always limited.

“I feel that removing something is better than nothing, but some people think that it’s more like a Band-Aid on a gushing wound,” she said in an email interview. “I could make Gear Grab a full-time job, but we don’t have the budget for that.” 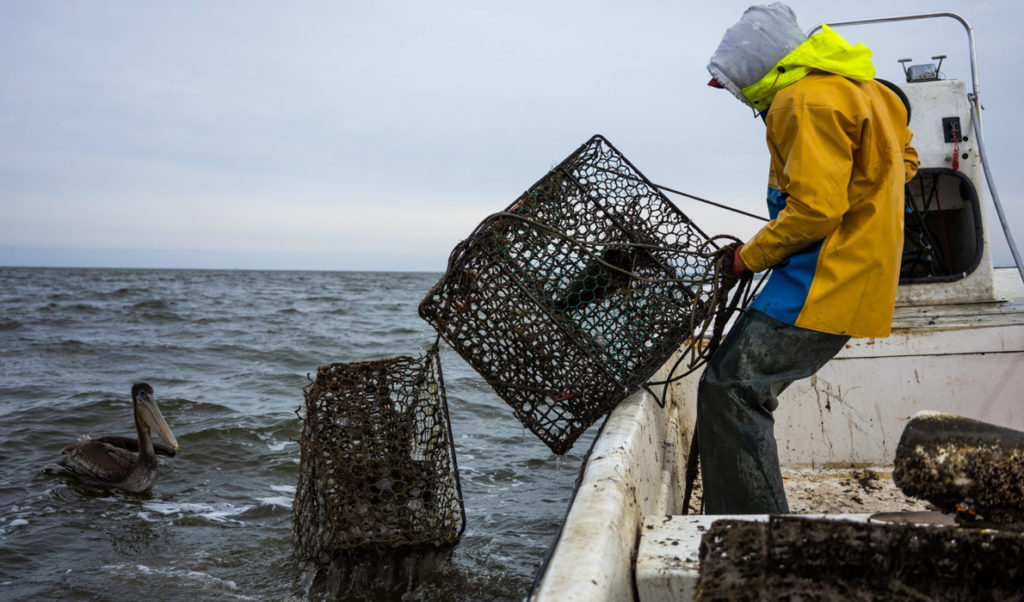