Hoping to avoid the June 1 arrival of hurricane season in southern Florida, the Oceania Riviera, a 785-foot, 15-deck Norwegian Cruise Lines vessel with no passengers, only crew onboard, sailed nearly 2,000 miles to tie up at Eastport’s deep-water breakwater on June 14.

With computer models showing that Isaias—sometimes hurricane, sometimes tropical storm—would track up the Atlantic shoreline all the way to Maine, the Oceania Riviera left Eastport on Aug. 1 for Italy, via Gibraltar.

The cruise line expects Italy will allow the 131 crew members stranded in Eastport for 56 days to come ashore and fly commercially to their homes, which wasn’t an option in the U.S. given COVID-19 concerns. Public health concerns in Maine precluded those onboard from leaving the ship while berthed in Eastport and prohibited those on shore from boarding it.

“The whole thing went very well,” said Chris Gardner, who oversees Eastport’s Port Authority. “Everything went off as promised and planned. Through social media, the crew and the community had opportunities to make friends. The outreach was wonderful on both ends, and it helped to put a human face on it. When the ship left for Italy last Saturday morning, we were sad to see them go, and they were sad to leave.”

“We’re rolling up our sleeves and taking a hard look at what we have done here,” Gardner said. “The choice to leave for Europe was not any reflection on us. There’s been an outpouring of support and thanks from cruise ship company executives. They now understand that if they need us, we’re here and that Eastport is willing to help out.”

The port authority is also evaluating the financial impact of the extended stay, including docking revenues that Gardner expects will amount to at least $75,000. Whatever the bottom line, all funds generated by Eastport’s unusual “long-term parking” agreement with Norwegian Cruise Line Holdings are being applied to the debt incurred to design and build a new $18 million downtown breakwater to replace an aging wharf that collapsed in 2017 due to structural issues.

“Really, ever since the ship arrived in June, and even since it left, I’ve heard zero feedback,” Eastport City Manager Tom Hoskins said. “I think the community got comfortable with the situation, as strict quarantine guidelines that were required by the state CDC and the governor’s office were followed. Never did anyone on board get off that ship.”

Among the original opponents to the berthing arrangement was Dr. Jenie Smith, an Eastport physician who is now among health care officials recruited statewide by the Maine CDC as a COVID-19 case investigator.

“I fought hard NOT to have the ship come because of public health concerns,” Smith said in an e-mail sent to The Working Waterfront soon after the Oceania Riviera departed. “But once it arrived, and everyone behaved, it was fine. But I’m glad to have the (breakwater) view restored today.”

Asked if the stranded crew were able to enjoy Maine lobster during their two-month lockdown in Eastport, Gardner said this: “That’s something that I can neither confirm nor deny.” 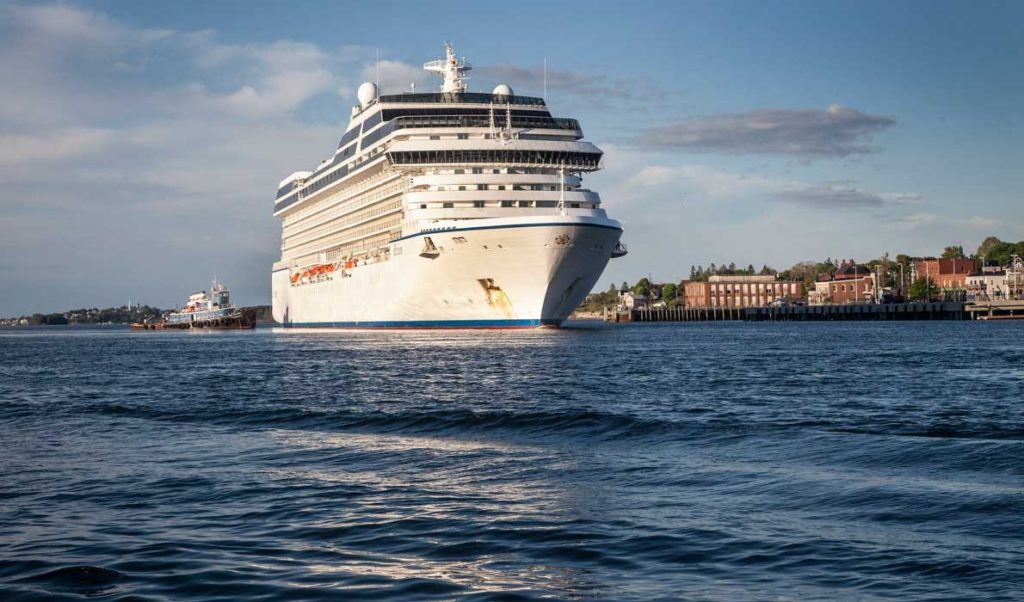