The natural beauty of Mount Desert Island has inspired artists for centuries. In the 19th century, some of those artists’ romantic visions inspired tourists and rusticators to plant the summer colonies that flourish on the island to this day.

The art history of Maine’s most renowned island has previously been told by John Wilmerding in The Artist’s Mount Desert: American Painters on the Maine Coast (1994) and Pamela Belanger in Inventing Acadia: Artists and Tourists at Mount Desert (1999). But the latest chapter on the art of the island expands the terrain of Mount Desert both aesthetically and geographically.

Art of Acadia (Down East Books, 280 pages, $50 hardcover) by David and Carl Little is subtitled The Islands, The Mountains, The Main, meaning the Little brothers survey not only the art and artists of Bar Harbor and MDI proper but also the Cranberry Isles, the Porcupines and all of Acadia National Park, including the Schoodic Peninsula. And where art historian John Wilmerding and curator Pamela Belanger focused on the art of the 19th and 20th century, the Littles bring the story up to date with a concentration on the art of the late 20th and now 21st century Acadia.

Art of Acadia is well-researched, well-written and abundantly illustrated with close to 300 images, but what recommends the book to public view more than anything else is the personal experience and intimate relationship David and Carl Little have with art and Acadia.

David Little, born in 1951, is a painter based in Portland. Carl Little, born in 1954, is a poet and art critic who lives on Mount Desert Island (and frequent contributor to The Working Waterfront and Island Journal). They literally inherited their passion for Maine and for art from their uncle, artist William Kienbusch (1914-1980). Kienbusch left his cottage on Great Cranberry Island to his nephews and they have done their Uncle Bill proud ever since, both painting Maine and documenting Maine art history like no one before them.

Carl Little is the author of more than two dozen books on Maine art and artists beginning with Paintings of Maine (1991). Three years ago, the Littles collaborated in Art of Katahdin (Down East Books, 200 pages, 2013), a project that grew out of David’s long interest in painting in the Katahdin region. Art of Katahdin was written by David Little and edited by Carl Little. Art of Acadia was a collaboration in which both brothers wrote chapters with Carl editing the text and David working closely with photo editor William Bentley on the illustrations.

“For me,” says Carl, “I’ve done a lot of books on art, but having David’s perspective as a painter has been key to the success of these books. He knows what they are doing and he can convey it in the text.” 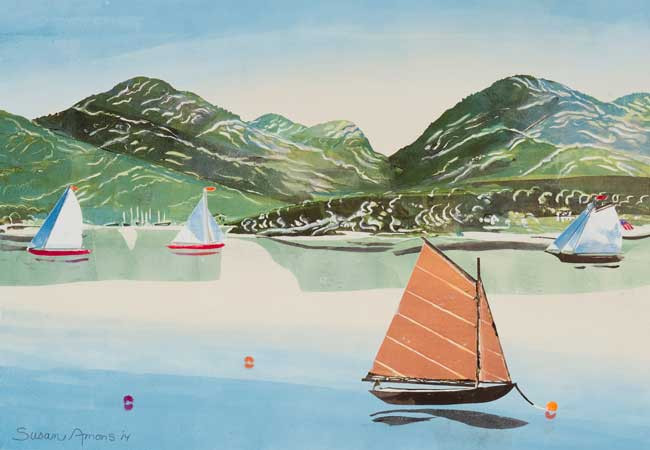 Art of Acadia takes a chronological and topical approach to surveying the art of the area from the Native Americans and early European explorers and settlers through the 19th century celebration of the island and its mountainous terrain in the art of painters such as Thomas Cole (1801-1848), Frederic Church (1826-1900) and Fitz Henry Lane (1804-1865) to contemporary artists such as Joel Babb, Ashley Bryan, Richard Estes and Alexandra Tyng (whose aerial oil of the island graces the cover of the book).

Perhaps the most valuable contribution Art of Acadia makes to Maine art scholarship is filling in some historical blind spots in the first half the 20th century, detailing in particular the art history of the Cranberry Isles. The book’s revelation to me was the chapter on painters Harold Broadfield Warren (1859-1934), Clarence Scott White (1872-1965) and Charles Edwin Kinkead (1861-1944), collectively known as the Three Islesford Painters.

In a paragraph that might apply to Maine art history in general as well as to the art of Acadia, David Little writes, “The work of the Three Islesford Painters represents a treasured moment in time, small perhaps in the larger scheme of things, but seminal in the art of Acadia in the early 20th century. Their work is part of an ongoing legacy of plein air painting in the region—artists exploring new ways to interpret a complex and challenging landscape.”

The book is particularly strong on the artists who have summered on the Cranberries, among them Kienbusch, Gretna Campbell (1922-1987), Dorothy Eisner (1906-1984), John Heliker (1909-2000), Robert LaHotan (1927-2002) and Emily Nelligan and also includes artists such as Susan Amons who visited the island through the good offices of the Heliker-Lahotan Foundation. 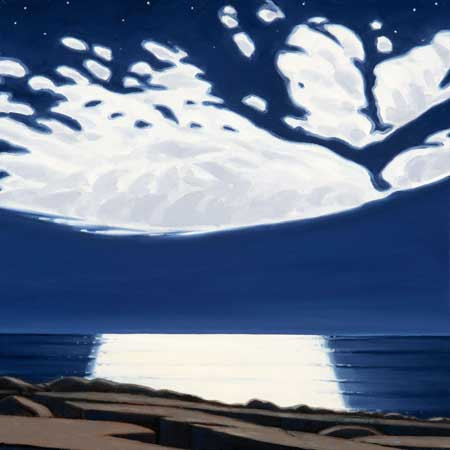 The preponderance of artists on the Cranberry Isles no doubt owes something to their affordability relative to tonier Bar Harbor and Northeast Harbor. Then too, the fishermen, farmers and artists of the Cranberries have a spectacular view of Mount Desert Island as it looms up out of the cold North Atlantic.

“You leave the world behind when you get on the mail boat and go to the Cranberry Islands,” says David Little. “It’s like your own private world.”

David and Carl Little have made the islands their own and have generously shared them in Art of Acadia.

Edgar Allen Beem has been writing about the cultural life of Maine since 1978. He is the author of Maine Art Now (1990) and co-author of a forthcoming sequel entitled Art of Maine: Contemporary Perspectives. 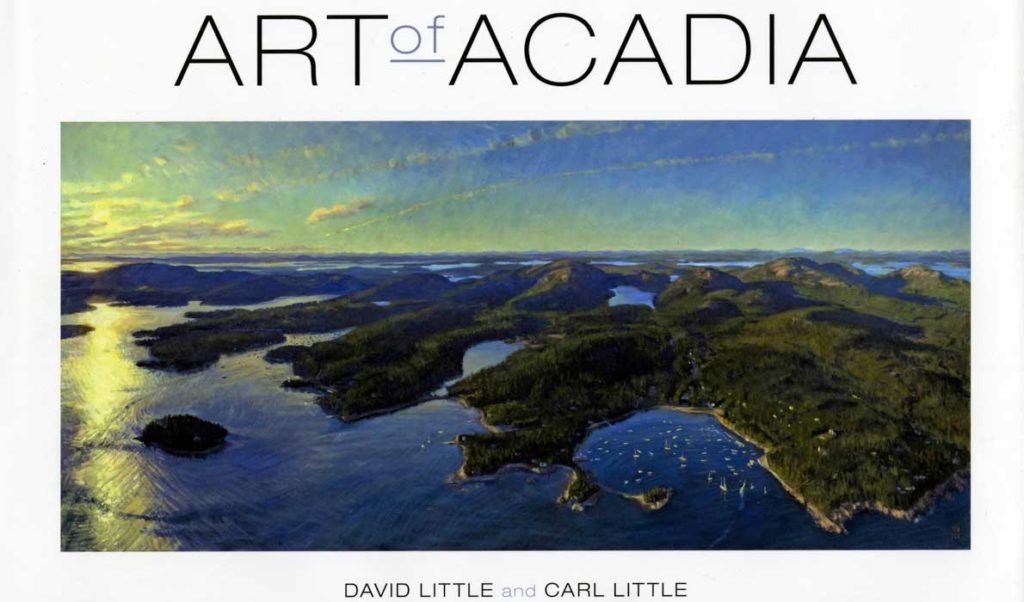