Sea level rise could bring startling and disturbing coastal changes to our coast, making our homes and communities uninhabitable.

A new study published in the journal Nature Climate Change projected that between 4.2 million and 13.1 million U.S. residents would be displaced by sea level rise by the year 2100. The story was widely covered, featuring bold headlines.

At the same time, a particularly poignant piece of news made just a few papers: the 85 remaining residents of Isle de Jean Charles in Louisiana have received $52 million in federal assistance to move off their island. This island community, which numbered 400 people in the 1950s, has lost 98 percent of its landmass in the last 60 years and is projected to disappear completely in the next 50 years.

Amidst this national news, some Maine island and coastal communities are starting to plan for sea level rise impacts on their critical community infrastructure, homes and businesses. As they start planning, they are seeking guidance on the scenarios to consider.

In a recent interview, Dr. Pete Slovinsky, marine geologist with Maine Geological Survey, outlined the most likely sea level rise based on the most recent U.S. National Climate Assessment. These range from 1.6 feet to 6.6 feet increases in mean sea level globally by 2100. At the highest level, that would mean about 8 inches of increase each decade.

Slovinsky also points out that even without storm surge, a lot of our critical infrastructure in Maine is very close to where high tides currently reach. Many roads on our islands and peninsulas are at risk with any sea level rise. This has serious implications for many aspects of life, from emergency management services to school bus routes, in many of our 141 coastal municipalities.

On the global scale, the factors include: how much water is in the oceans and the temperature of that water, because water expands as it warms. The difference between the 1.6-foot and 6.6-foot sea level rise scenarios is based on whether we assume the amount of water in the oceans stays the same and expands due to a warmer climate (the 1.6 foot scenario), or whether with we have both thermal expansion and the addition of more water from melting glaciers and Greenland and Antarctic ice caps (up to 6.6 ft.).

For each coastal region, other factors come into play, including: whether the land is still rising, or “rebounding” since the last ice age (as in the case for parts of the northeast U.S. and Canada); whether land is sinking due to local geomorphology and human activities like dredging (as is the case along parts of the Gulf of Mexico and southeast U.S.); and whether changes in ocean currents will bring different water masses into the area (as could happen with changes in the strength of the Gulf Stream).

A modeling analysis published in the journal Geophysical Research Letters in 2009 projected an additional 8-20 inches of sea level rise off the northeast U.S. coastlines, above and beyond global averages, due to shifting ocean currents and freshwater inputs from melting ice in Greenland.

For local planning purposes, Slovinsky encourages communities to consider the “storms of today and the tides of tomorrow” and use a scenario approach that considers both the criticality and the life-span of the infrastructure in question. There are a wealth of resources available to support local planning efforts, including grants through Maine Coastal Program and interactive mapping and graphing software tools supported by Army Corps of Engineers, the National Oceanographic and Atmospheric Administration (NOAA) and other agencies. For more information, visit: http://www.maine.gov/dacf/mcp/.

See also: Rethinking our relationship with the ocean. 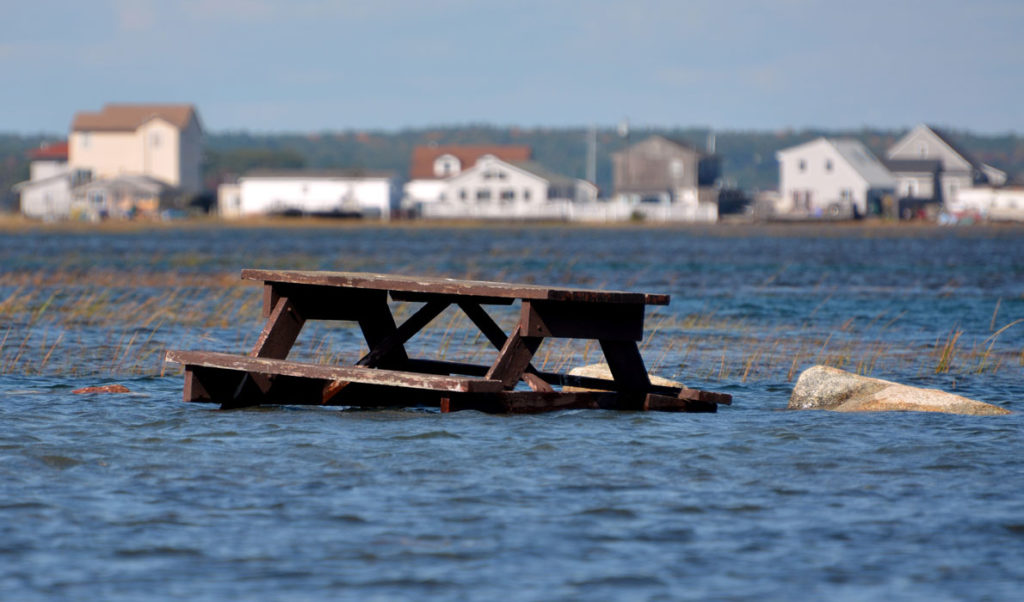