The witty and colorful Linda Greenlaw was the featured attraction that night, but a pall hung over the Maine Maritime Academy campus on the evening of Wednesday, Oct. 21. It had been just three weeks since the El Faro, a container ship traveling from Jacksonville, Fla., bound for Puerto Rico, sank with all 33 aboard.

Five of the departed mariners were graduates of the academy.

Before the tragedy, the Propeller Club of Searsport and Bucksport had scheduled one of its monthly meetings at MMA’s student center, which it does once each year. Many of the club’s members are grads.

The setting, though coincidental, was appropriate, said president David Gelinas, a pilot who guides cargo and cruise ships into Penobscot and Frenchman bays. And in a way, so was scheduling Greenlaw to speak.

A Maine native, Greenlaw became famous when her work as a swordfish captain working out of Gloucester, Mass. was documented in the Sebastian Junger book, The Perfect Storm, and later in the film of the same name.

The book and film chronicle the deadly storm of October 1991, which was not a named tropical depression or hurricane, but rather the confluence of two weather systems. In that storm, the 72-foot swordfish boat Andrea Gail disappeared without a trace, taking its crew and captain to their graves.

Greenlaw was out in the same weather in the Hannah Boden; the boats had the same owner. As bad as that storm was, she said another experience was worse.

In the dark, she couldn’t estimate how high the waves were. But the winds were making sounds she’d never heard before, and may have been 70 knots.

Though she had a fax machine and access to specific weather maps, they didn’t allay her fears. Her fellow fishermen in boats to her west wouldn’t confess it, but she could hear the fear in their voices on the radio.

So what did she do?

“You keep jogging into it,” she explained, throttling up to meet the waves, then back down, up and back.

“No matter what size boat you’re in, in the hands of Mother Nature, all boats are small,” she said.

The only advice she offered for raising the odds of coming home from such weather was to work through a safety list, paying attention to lines, equipment, fuel and water tanks and falling back on common sense, experience and education.

Greenlaw was raised in the Bath area, and “on and off the Maine coast,” she said. When other kids were learning to ride bikes, “I learned to row.” When others got a 10-speed bike, “I had my first 10 horse-power outboard motor.”

Now, “at the age of 54, I feel I was very fortunate to find my life’s work at 19.”
Thanks to the movie depiction, many imagine her as “fearless and a leader of men,” but she deflects that view.

An English major at Colby College, she earned tuition money by fishing, including 30-day stints during school breaks at age 19. But after graduating, she wanted to continue fishing, a career move that did not sit well with her parents.

Now she looks back on years of chasing swordfish in waters from Labrador to Brazil, and working as cook, engineer, butcher, “gear guy” and first mate. Her first captain gig came when an owner bought a new boat and let her run the older vessel.

In her talk, she quoted Junger’s description of her from memory:

“The Hannah boat is skippered by a Colby College grad named Linda Greenlaw. Not only is Greenlaw one of the only women in the business, she’s one of the best captains period on the entire East Coast; year after year, trip after trip, she makes more money than anyone. When the Hannah Boden unloads her catch in Gloucester, swordfish prices plummet halfway around the world.”

Those words haunted her and changed her life more than the storm itself.

“It’s been a fairly tough image for me to live up to,” she said.

It also led to an offer to write a book, which became her first title, The Hungry Ocean, a best seller, but “the most difficult thing I’ve ever done,” she said.

The title of another book, All Fishermen are Liars, came back to bite her when she was charged with violating fishing laws off Newfoundland and it was introduced as evidence.

From nonfiction, she has turned to writing murder mystery novels.

These days, she does some lobstering and works at her husband Steve Wessel’s WESMAC Custom Boats in Surry, testing and delivering boats.

Though this life is a far cry from dodging storms hundreds of miles from shore, the lure of salt water is as strong as ever. 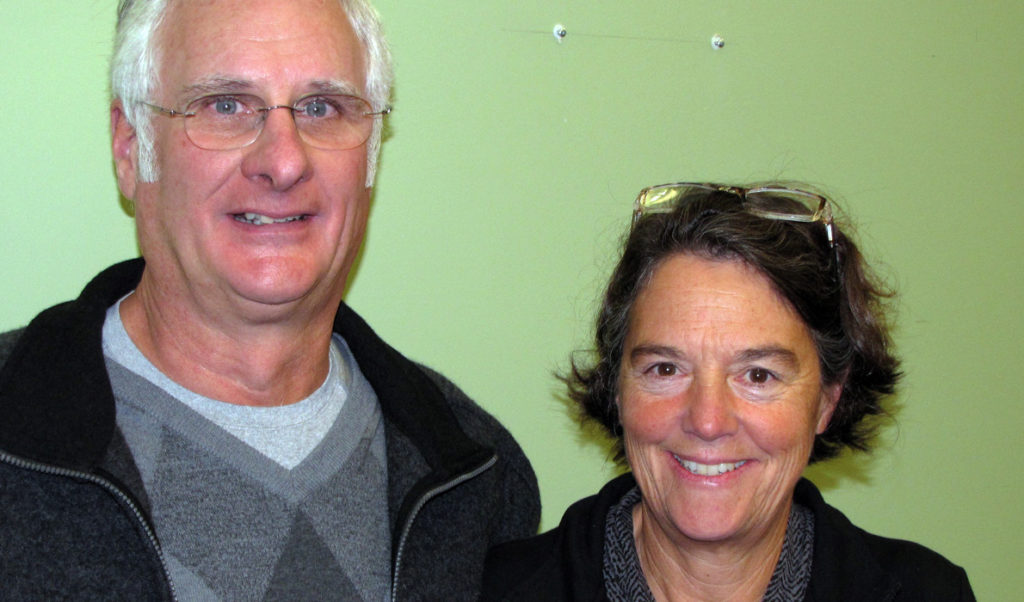