In addition to the news that lobster fishermen’s landings totaled a record $500 million in 2015, there were several science updates at the annual Maine Fishermen’s Forum that addressed common concerns about the fishery.

Where do we stand with shell disease?

The Maine Department of Marine Resources (DMR) observed a drop in prevalence in 2015 from the last two years. Shell disease is more common in the western part of the state, where prevalence was just over 2 percent in 2013. As a point of comparison, shell disease is found on 30 percent of lobsters in southern New England.

Before 2011, Maine saw less than one-tenth of a percent of affected lobster. All zones except for Zone A (which is still below 0.5 percent) saw decreases in 2015. Usually, it is the eggers and oversized lobsters that have shell disease, and Zone A lobsters tend to be bigger, which could be driving the increasing trend in that zone.

What can fishermen do to get the highest dollar for their lobster?

Canadian lobster veterinarian John Lavallee presented information from his years of research into how lobsters respond to different handling practices. He studies lobster stress levels (by drawing blood and measuring stress hormones), injuries (loss of limbs, damage to shell), and deaths that result at each step of the fishery. His research identifies ways fishermen, dealers and distributors can help lobsters retain body weight, and be sold as a live product, to return the highest dollar.

On hauling, slower is better. On handling, he said fishermen should treat the lobster like an egg: “One hand, one lobster.” And for storage, oxygen is critical. Still water in a tank will suffocate lobsters, temperature is important, fresh water is detrimental. These practices could make a huge difference this spring if the shed comes early again as is predicted.

Are larval lobsters settling where we aren’t monitoring?

Larval settlement numbers are down in recent years at the long-time monitoring stations which could indicate a drop in the size of the population, or it could mean baby lobsters are settling in different places where the water temperatures are better, or that they are settling at different times.

DMR’s Robert Russell said the department hopes to test the idea of a shift in settling location by surveying at some of the colder, Downeast and outer island stations that were abandoned 15 years ago when no lobsters were found there.

Rick Wahle, a marine ecologist from the University of Maine, recently won funding from Maine Sea Grant to look for offshore settlement using collectors that can sample beyond depths safe for SCUBA divers. Russell also noted that he saw very young lobsters (7-8 mm in carapace length) that had just recently settled to the bottom in late November, which is when they typically are wrapping up the settlement survey.

What’s the status with v-notching?

After 2008, there seemed to be a decrease in notched lobsters. As landings were going up, the percentage of notched eggers was going down. Sublegal and V-notched lobsters dominate the total catch, but fishermen are supposed to release them over-board. In good news, the most recent data from DMR surveys show that there are still a record number of eggers and V-notched lobsters out there, with brood stock at an all-time high.

What do we know about the impacts of ocean acidification?

There are only two published studies on the impact acidification (OA) is having on the American lobster, and not a single study looks at impacts on adults or reproduction. Early studies showed that crustaceans are relatively tolerant of increasing acidity compared to sensitive species like clams and oysters.

“Lobsters are good at regulating their internal pH, but this may come at a cost,” says Daniel Small of Francis Xavier University in Nova Scotia.

It is possible that by having to expend more energy to maintain their blood chemistry in order to survive, lobsters have less energy to allocate to other critical functions, like feeding and reproduction.

Small found that in the closely related European lobster, there are transitional stages of young lobsters that are actually quite sensitive to OA. He identified each of these transitional stages as potential bottlenecks in the face of exposure to OA. At the early juvenile phase, Small found increased mortality due to molt death syndrome, a condition where lobsters can’t completely shed their exoskeleton because of lack of energy to complete the molt. 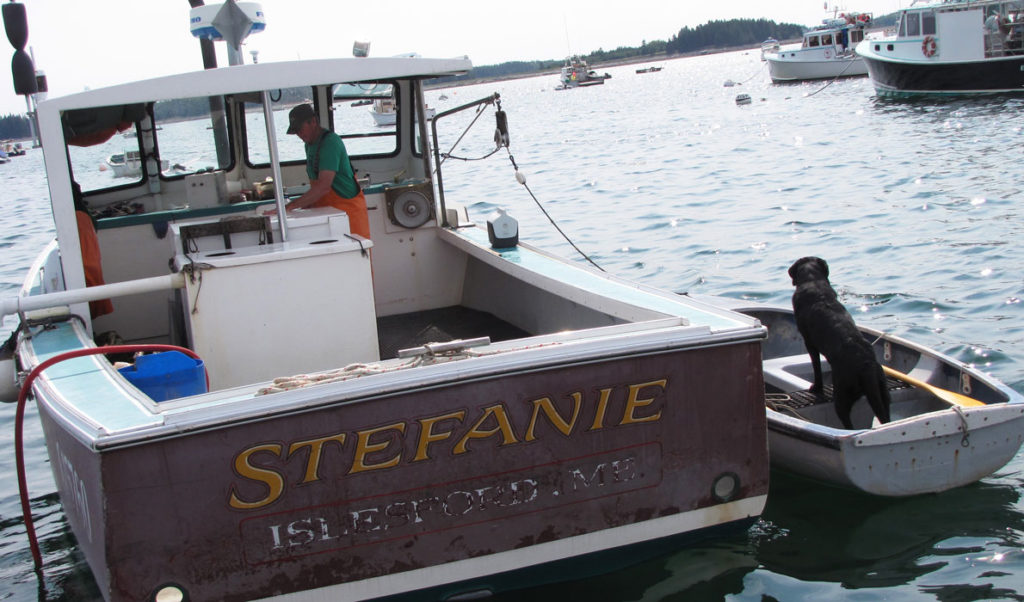