This is important, because no matter how “well-planned” the endeavor may have been and how “industrious” the colonists were, they messed up badly in their relations with the Indians, and they have no one to blame but themselves.

On board the vessel with the would-be colonists, as they sailed for the Kennebec, was Skidwarres, one of five Indians kidnapped by the English Captain George Waymouth in 1605, off Allen Island at the western entrance to Penobscot Bay. He was to act as guide.

On the way to the Kennebec, the vessel stopped off at Pemaquid, where the colonists met with the local chief Tahanedo. He, too, was one of the five captured by Waymouth, but was able to return, having been enlisted to guide an earlier vessel piloted by Martin Pring. He managed to return to his band, and needless to say, harbored no good feelings towards the English.

At the meeting with Tahanedo and his band, the Indians showed themselves to be quite wary of the English. For his part, Skidwarres took advantage of the opportunity to disappear into the woods with Tahanedo’s people, keeping his distance thereafter from the English.

Following the desertion of Skidwarres, the English proceeded with their plans, establishing their colony in the district of chief Sebora. Like Tahanedo, he was a sub-chief of Bashaba, the grand chief of a confederacy of Abenakis and Etchemins that stretched from the Narraguagus River in current day Washington County to the Saco River in current day York County.

Native protocol would have required the colony’s leader, Sir George Popham, to visit Bashaba at his headquarters (where Bangor is today) to pay proper respect to the grand chief of the country in which the colonists proposed to settle. This he refused to do, despite entreaties from the local chiefs.

Moreover, various chiefs who hoped for assistance in their troubles with Tarrentine (Mi’kmaq) raiders from Nova Scotia were rebuffed.

Relations with the Indians soured as the year wore on, as according to the Jesuit priest Pierre Biard: “They (the colonists) drove the savages away without ceremony; they beat, maltreated and misused them outrageously.” Here’s one example, as related by Rev. William Hubbard of Massachusetts in 1680. Under pretense of trade, a group of Indians was enticed into the English fort. “Causing them to take the drags of a loaded cannon, [the English] fired off the piece when the Indians were in line, and blew them to atoms.”

Small wonder relations with the Indians descended into hostility.

William Haviland is an anthropologist and author of the book: Canoe Indians of Down East Maine. He lives in Deer Isle. 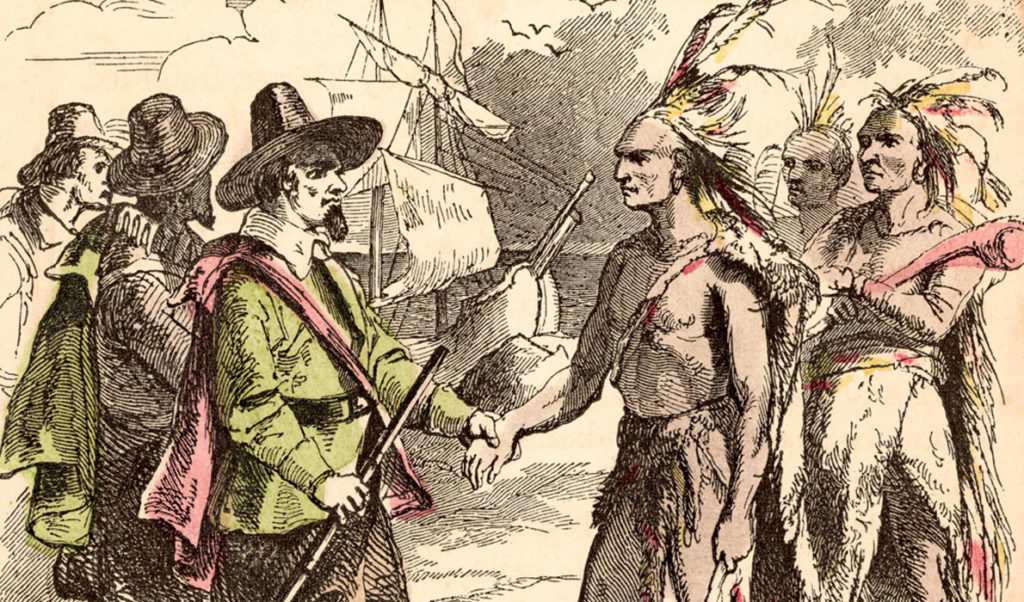