A couple of weeks ago, as an early-evening thunderstorm approached from the west, the sky over Penobscot Bay got everybody’s attention. A palette of sunset colors contrasted with discrete layers of bright white and nearly-black clouds, and the fast-moving front, with its peculiar sharp edge, barreled overhead like a freight train.

Matinicus was full of people taking pictures, and by the looks of the internet later that evening, so was the rest of the Midcoast. The snapshots didn’t do it justice.

When a glance at the sky prompts us to remark, “Wow, that’s cool!” I used to leave it there. These days, my second thought is, “I’m glad I’m not flying in that.”

I’ve concluded that in general, the more engaging the sky is to look at, the worse a ride it would be in a small airplane.

That is hardly a scientific assessment, and is not 100 percent accurate, but for a new pilot with a middle-aged opinion of what’s a good idea, I’m probably better off flying when the sky isn’t particularly interesting.

Standing on the surface, we experience wind as a horizontal phenomenon, but in the air it’s the updrafts and downdrafts which make a flight rough or even dangerous. They also make for some of the more exciting sky scenery. Certain perfectly lovely cloud formations can indicate a screeching gale in the atmosphere; for example, the saucer-shaped lenticular clouds near mountaintops, which appear deceptively calm and still.

In a thunderstorm, it is not the lightning that is the aviator’s biggest fear. It’s not even the hail, although that’s no fun either. A small plane might not be able to outrun or out-power a thunderstorm’s downdrafts, and could get tossed around pretty mercilessly.

I asked Shawn Michaud, one of the Penobscot Island Air pilots, what he thought of this business of assuming an interesting sky means a bad ride. “Not always,” he said, “but then again, sometimes I like a challenge.” He didn’t really argue with my quick-and-dirty beginner’s rule of thumb.

Shawn’s been flying for over 30 years. Thankfully, I have a whole air taxi service full of mentors to talk with about this sort of thing.

“My thoughts on weather? Well, it’s beautiful and deadly all rolled into one. Inclement weather is a leading cause of fatal aircraft accidents and it must be well understood and respected by pilots. I personally love the challenge in weather flying, but also realize the risk increases significantly. Pilots are risk managers. Don’t exceed your comfort level; expand your boundaries slowly.”

Shawn is a skilled photographer and loves getting good shots from the air. Some of the more exciting visuals in his images would be, I suspect, rather above my level.

“I love flying in all types of weather,” Shawn told me, “but there are some that stand out as extra dangerous and should be avoided. Thunderstorms come to mind—don’t fly in them. Enjoy their beauty from a safe distance. One other important rule to keep in mind is that weather acts differently in different regions of the world. Be sure to ask those ‘old salts’ about local weather.”

The Hurricane Hunters are a famous example of pilots who go looking for that rough ride, although hardly in the little Cessnas I might fly. Gathering atmospheric data by flying through cyclones for the National Weather Service, they claim they can make anybody airsick.

I had the honor of meeting a couple of those Air Force Reserve airmen at the National Hurricane Center in Miami last year. They don’t take civilians along, as a rule, but I’d probably jump at the chance if I had it. I think.

My first licensed flight was—obviously—the flight back from my check examination, in my case Bangor to Belfast on Aug. 18 of last year. There was plenty of that typical summertime late-afternoon turbulence, making for a flight I described as “something like riding down a flight of stairs on a bicycle.” Half of my brain was insisting, “I don’t like this, I shouldn’t be here!” while the other half lectured, “Don’t worry about it, this is perfectly normal.” I couldn’t help thinking about the Hurricane Hunters.

Eva Murray lives on Matinicus Island, where she writes newspaper columns and books, and serves her island community in a variety of capacities. 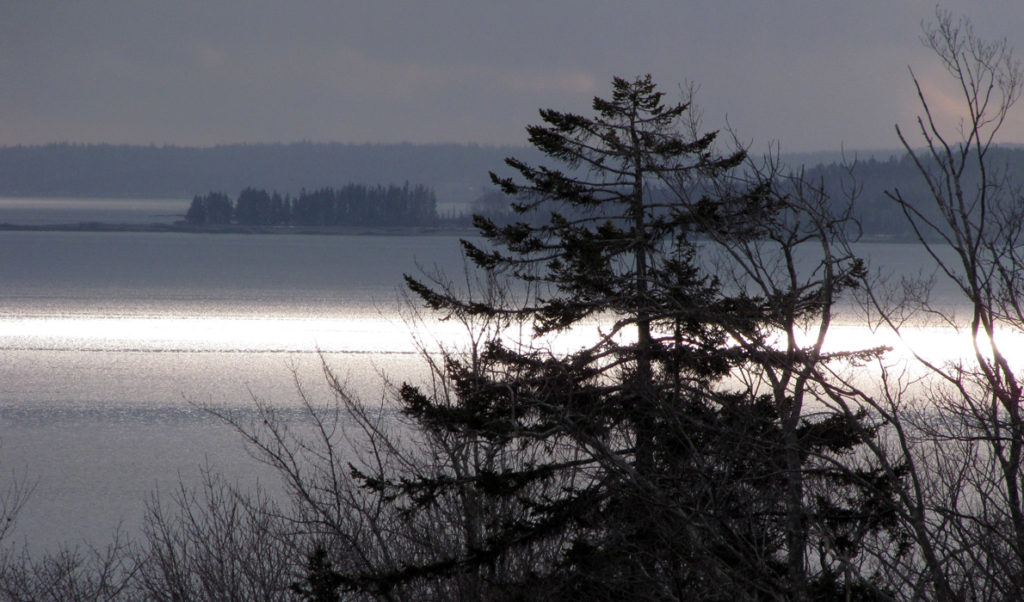