In 2010, Senate Minority Leader Mitch McConnell proclaimed that the Republican members of Congress had no more immediate goal than to see that President Obama was not allowed a second term. A fellow Republican, I was aghast to think, given all that we faced as a nation, that he and the other Republican leaders might have no greater aspiration than to spend the next four years thwarting the president at every turn and trying to deny him a second term.

The president was re-elected in spite of McConnell’s efforts, but although he’d spent the previous four years trying to fulfill the promise of obstinacy he’d made earlier, his fellow Republicans then elected McConnell majority leader.  Having failed to keep the president from being re-elected, his goal now was simply to continue to scupper and frustrate at every turn and to do that from a much more powerful position as majority leader.

For McConnell to announce that he will not even allow a name to be brought forth is yet another example of him putting his astonishingly petty grudges way out in front of the business of running this country and securing its place in the world. I’m ashamed to think he speaks for Republicans but the sad truth is: that he does, and there are clearly not enough of us out there who feel the way I do about him to make a difference.

I’ve been hopeful nonetheless that someone would come along who would restore the party to the noble ideals I and my family thought it espoused when I first joined in 1962. Sadly, it is now looking more and more likely that an exceedingly crude and thuggish oaf who has driven several businesses into bankruptcy, who champions the brutal treatment of those he finds unworthy, who purposely avoided military service, who has used government prerogatives and money to subvert the rights of others and who can more and more often not frame a relevant answer to a simple and sensible question will likely be the Republican Party’s nominee for president.

Even more troubling is the blindly compliant nature of the large crowds to whom his bombast, his barely disguised contempt for women and minorities everywhere, his eagerness to bomb the hell out of everyone who crosses his path and to restore waterboarding, is somehow laudable. As if by employing means and attitudes such as these we will “make America great again” as he vacantly promises.

America will become great again when we can demonstrate that we truly care about our fellow human beings, when the growing disparity between the haves and the have nots is meaningfully diminished, when legislation is created by people who represent us instead of whoever has the most money and when the White House and Congress are comprised of folks who are truly thoughtful and care more about this country than they do about their own legacy. Clearly that’s not going to happen if the likely Republican candidate prevails. 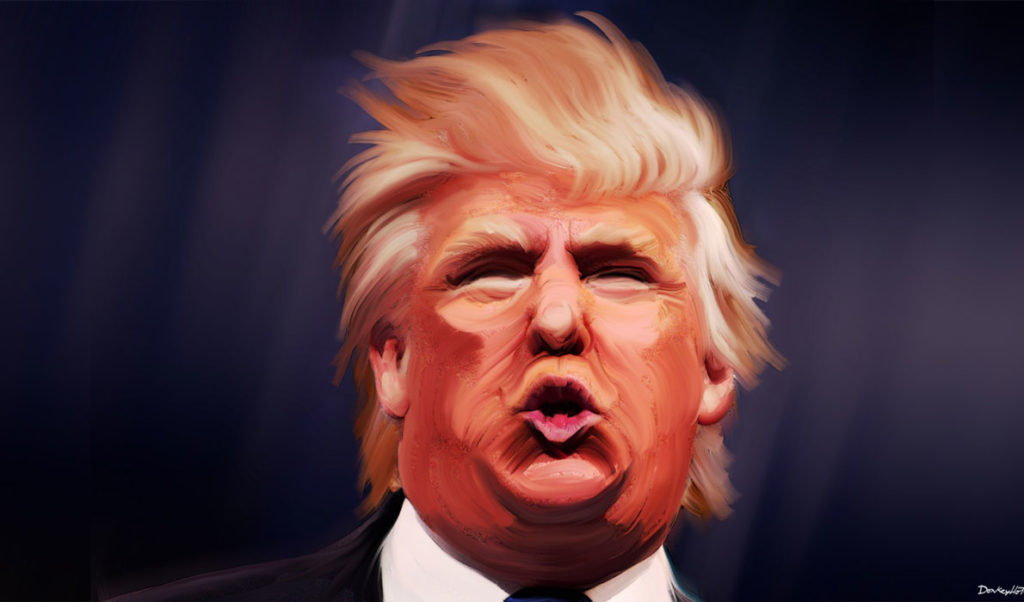