I recently participated in the Island Institute’s summer lecture series in Rockland, in fine company with fellow columnists Sandra Oliver and Courtney Naliboff. We answered questions about what it was like to be women writers living on Maine islands. One question that is often asked is: “How do you come up with ideas for a column each month?”

For me, something in my everyday island life will spark an idea. Well, that and a looming deadline. Other times someone will suggest a column that lodges in my brain to be recalled later, such as the time in April when I was mailing off a small packet to North Carolina. When I told our postmaster, Joy Sprague, what was in it she said, “Oh, you should write about that. It’s so interesting. A little bit of Islesford going out there in the world!” In the envelope was a sample of the sourdough starter I use regularly to make sourdough bread and English muffins.

Last winter, a friend sent me a link to The Sourdough Project at Rob Dunn lab at North Carolina State University, a citizen-science initiative to study the microbiomes in sourdough. They were asking people to send in samples of their sourdough starters along with a little history.

I filled out the questionnaire to get my participant ID number. Around 1,000 people responded initially and 571 of them submitted samples (I am sample #239). From a recent post on the NPR Science Desk blog “The Salt,” I learned that most of the samples for the study came from around the U.S. and Europe, but there were some from as far as Australia, New Zealand, and even one from Thailand. Seven others came from Maine.

Because I have managed to unintentionally kill off every gift of sourdough I’ve ever received, I decided seven years ago to start my own. I set a little bowl of flour and water on the counter to capture the wild yeast in my Islesford kitchen. With a simple routine of stirring and feeding with more flour and water, I had a bubbly starter of my own in about five days. This little starter sits patiently in my refrigerator, sometimes going for a month without being fed, to happily come awake when I warm it to room temperature and feed it again. Eventually, through Rob Dunn’s project, I will learn what my starter has in common with others and what, if anything, makes it unique.

On the questionnaire we were asked, “Do samples of the same starter live with other people? If yes, who and where?” I love this question because I imagine most people who keep a starter going have given some of it away to several people.
The first person with whom I shared my starter was my brother, Steve Shirey, a geo-chemist who works in Washington D.C. That, some bread-baking equipment, and a quick lesson in baking sourdough bread were my birthday present to him. For a while, he was an avid bread baker who then shared the starter with one of his colleagues, Andrew Steele, from England.

Later that same year I took sourdough starter to my daughter-in-law Stephanie in Baltimore. With only carry-on luggage I had to transport the starter in tiny plastic containers in the clear, Zip-lock bag allowed by the TSA. Midway on our drive to the airport in Manchester I realized that all three containers had popped their lids and were about to ooze all over my shampoo and lotion bottles. I scooped out half the starter in each container and still delivered enough to Stephanie to start feeding in her kitchen. Her first loaf of sourdough bread was a success.

To this day, she keeps a bit of wildlife from Islesford living in her fridge to make sourdough bread and bagels on a regular basis. I’ve also shared my starter with friends from Canada and New York.

On the day before our Island Institute panel discussion, I emailed Sandy and Courtney to see if they would like some of my sourdough starter. Along with being excellent writers they are also excellent cooks. They both said yes. Perhaps a little bit of Islesford will thrive on Islesboro and North Haven. Sandy said she had always wanted to try making sourdough bread. Maybe my starter will spark a column idea for her, too.

I knew it was time take Joy’s suggestion to write about sourdough when I attended my brother’s wedding a few weeks ago in Virginia. He introduced me to Andrew Steele who promptly said, “Wow, you’re Steve’s sister? I’ve given your sourdough starter out all over Europe!” I wonder if any of those people happened to send a sample into the Sourdough Project?

Along with cooking, Barbara Fernald designs and makes jewelry (sold in the Island Institute’s store Archipelago). She lives and writes on Islesford (Little Cranberry Island). 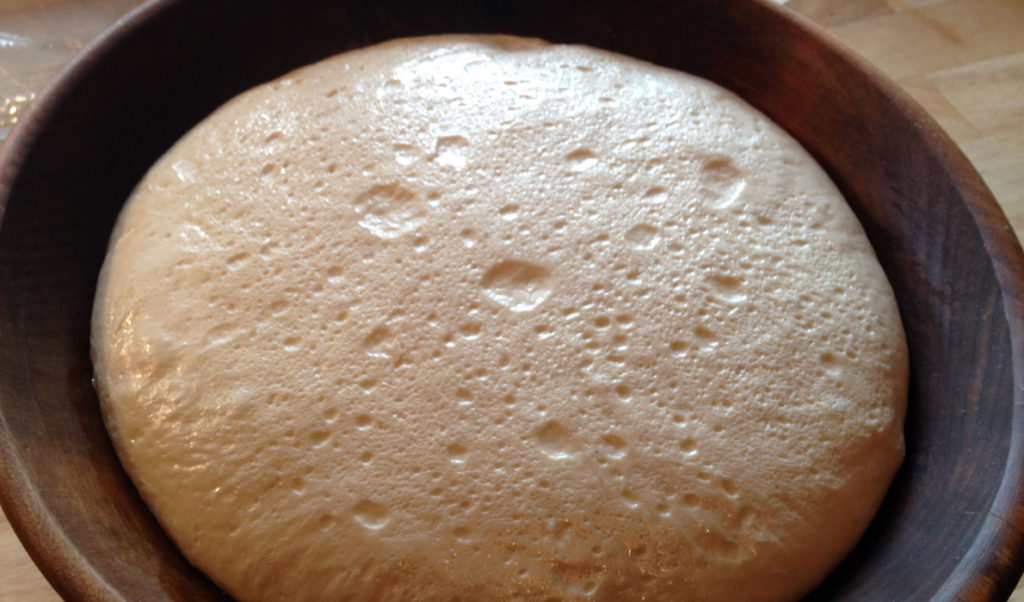