The great thing about deep snow and cold temperatures is that I feel no compunction whatever about lingering in bed another hour in the morning to read or even trotting off to bed at night a little earlier than usual to read before sleep. Or even on a quiet day, reading just for the heck of it any old time.

This winter’s book selection included a front to back reading of Michael Pollan’s Omnivore’s Dilemma, which I had dipped into here and there since it first came out in 2006. Another was chef Daniel Barber’s The Third Plate. Both of these fellas racked up tons of frequent flier miles zipping around the Northern Hemisphere.

In Michael’s case, it was across the U.S., visiting industrial farms both conventional and organic, unconventional grass-based farms, and wandering the woods and valleys of Northern California foraging for food. Michael looked for food that was wholesome, ethically produced and suitable for individual and family consumption.

Dan flew to Spain to visit the famous oak woods where the Iberian pigs feed on the acorns that create remarkably flavorful flesh. He also saw geese which stuff themselves in anticipation of lean winters ahead and so voluntarily grow the large, rich livers that create fois gras. Dan is dedicated to the idea of producing food for his two restaurants locally, and is (as we might expect), obsessed with flavor.

Both are terrific story tellers, and note in their writing that food produced on giant farms—mostly corn and soy beans—is liberally treated with pesticides and herbicides, and then transmogrified into all that stuff that occupies the center aisles of grocery stores. Both writers remind us, though, that buying organic or obsessing about local may or may not solve the problem of feeding us all healthfully, much less sustainably. And never mind deliciously.

I shouldn’t read this stuff. I get all worked up.

Part of my reaction comes from living on an island, where natural, physical limitations mean we can’t shush the kiddies at a fast food place by buying chicken nuggets which have something like 35 ingredients, only one of which is actually chicken. Islanders may be more likely to cook dinner from scratch, even though we have plenty of opportunities to ruin our health by stocking up on soda and frozen pre-prepared foods on mainland trips.

On the other hand, we also have opportunities to get mighty precious with our high-end organic farms, hyper-local produce, cheese, eggs and meat. I’ll admit it: I get a large (somewhat self-righteous) charge out of concocting a meal from my own supply of home-growns. It is a kind of sport I have indulged in since 1988 and the first all-island meal I assembled from stuff I grew and gathered here. The word locavore hadn’t been invented yet.

What is a mother to do to feed her omnivorous family the three squares a day they expect? Well, we certainly aren’t going to give them fois gras or sliced Iberian ham sandwiches. When people threw up their hands after reading Pollan’s book, and whined, “What can I eat?” he said, “Eat food. Not too much. Mostly plants.”

I think about islanders past, making themselves happy with winter-stored vegetables, perhaps even slipping for a while into a little involuntary vegetarianism.

So the modern restaurant word for a vegetable-intensive menu, apparently, is “vegetable-forward.” Dan Barber’s title Third Plate refers to a vegetable-forward meal he imagined, inspired by his world travels, the farm that supplies his two restaurants, and the concern for sustainability.

I confess it hooked my competitive spirit. I wanted to cook a meal that had as few of the commodities—soy and corn—Pollan speaks of, either in processed forms or funneled through animals that eat it. I wanted it to have as much island produce as I could manage.

Late in February, as snowy and icy as it was, and considering what a sissy I am, there would be no newly foraged food.

Friends came for dinner on the last day of the month. I raided the pantry, the cellar, the cold room I keep squash in, and the shelves in the cellarway. We started with black bean bisque, beans grown last summer and augmented with canned tomatoes, garnished with roasted pumpkin seeds. That was followed by charcouterie that used pork and venison, seasoned mostly a la 18th century with allspice, nutmeg and cinnamon, cooked with Marsala and baked in a ring of Delicata squash.

I put together a pilaf of dried sweet corn (left from an abundance the summer before last) and rye (former cover crop) with frozen peas, and lots of shallots. Roasted small onions on the side. There were beet and winter squash latkes topped with pureed roasted onions also enhanced with Marsala.

Dessert was black currant sorbet and instead of a cookie, a couple of dried apple rings. Lots of home-grown garlic, onion, carrots, sage, thyme and oregano when needed. And eggs from my own chickens, but through which commodity corn sneaked, because like me, the chickens do not forage when the ground is covered in snow. Eggs are largely water and that came from 285 feet beneath the chickens and me.

Two ribs of celery, a slice of bread, about a cup of sugar, a half-cup of olive oil, and, of course the Marsala were all from off-island.

It tasted pretty good. I was showing off. Could I do it every day? I certainly hope not.

Sandy Oliver is a food historian who cooks and writes on Islesboro. 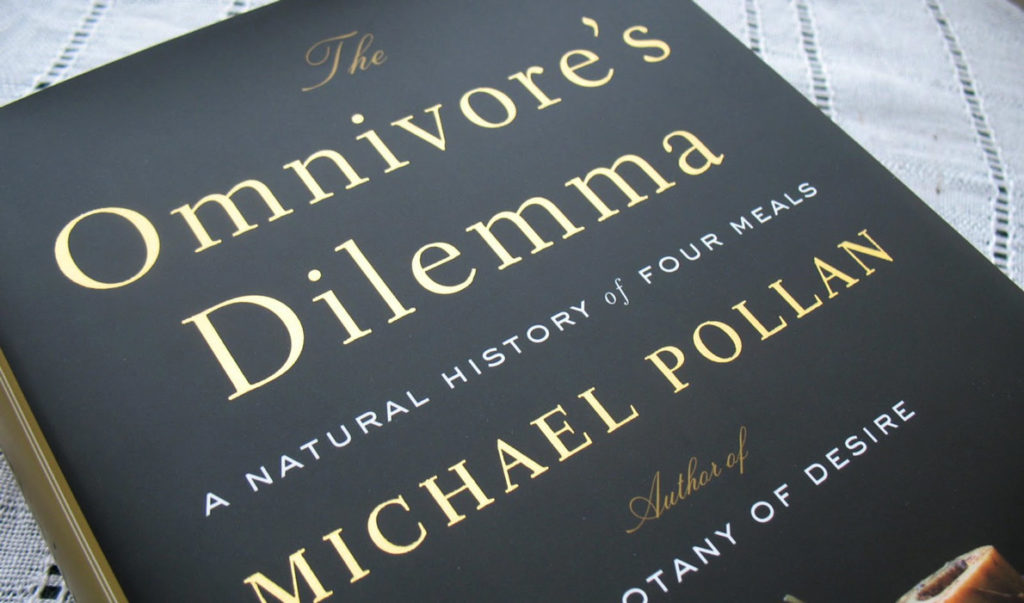