Rising carbon emissions from burning fossil fuels and other activities that release greenhouse gases threaten the future well-being of all of us. These emissions warm the planet, raise sea levels, shift rainfall patterns, boost storm intensity, and increase the risk of sudden climate change.

They pose a significant threat to Maine’s fisheries and coastal communities.

Economists from both political parties have long favored market-based approaches to encourage businesses, consumers, and government to reduce carbon emissions. One such approach would tax the carbon content of fuels. The tax would be imposed at the mine mouth, the refinery gate, and on fuel importers and would be passed forward to consumers of electricity generated by fossil fuels, gasoline, home heating oil, and, to a lesser extent, all products that use fossil fuels in production and transportation. Credits to offset the tax could be made available for activities that capture or sequester carbon tax.

Such a tax would reduce the use of fossil fuels in several ways.

It would encourage households to economize on the use of electric power, gasoline, and home-heating oil by investing in fuel-efficient appliances, driving more fuel-efficient cars, and improving home insulation.

It would encourage utilities to substitute renewable energy for fossil fuels and natural gas for coal, which has the highest carbon content among fuels.

Most important, it would raise the rewards for energy-saving innovations, such as improvements in solar and wind power and electric cars, speeding up the conversion to an economy much less dependent on energy from fossil fuels.

A carbon tax would be far superior to regulatory policies because it would allow firms and households to decide for themselves how much and by what methods to substitute renewable alternatives for fuels and encourage energy-saving innovations. It would confront consumers with the costs of their activities, but would not dictate how they would respond, and would encourage the inventiveness of entrepreneurs, without dictating the technologies they develop.

Such a tax could be phased-in gradually, both to prevent painful disruptions and to signal to households and firms to make the necessary investments in response to higher future energy prices.

Researchers have estimated that a tax that begins at $20 per ton of carbon and increases by 5 percent over inflation every year could reduce U.S. carbon emissions by 20 percent over 15 years.

What about the hardship such a tax would impose on current households? A $20 per ton carbon tax would add about 18 cents per gallon to the cost of gasoline and about 1 cent per kilowatt-hour to the price of electricity generated from a typical fuel mix. Taken by itself, this would place a relatively higher burden on low-income households who spend a larger share of their consumption on energy-intensive products than do high-income households.

But the tax need not place a net burden on the poor. If the money the government raised were returned through an equal “carbon dividend” to every American, lower- and middle-income households would receive a net benefit and only upper income households would bear a new burden from the combination of tax and dividend.

Sadly, it may be too late to prevent serious damage from climate change. The greenhouse gas effect depends on the total amount of carbon emissions in the atmosphere and changing the amount of new emissions in any year does not affect that total very much. And in our current political environment, the chances of action at the federal level seem very remote and there is only so much Maine can do acting alone.

Yet, there are also signs of hope. Some action at the state level is already under way in California and in the collective efforts of nine New England and middle Atlantic states, including Maine, to reduce regional greenhouse gas emissions. And other countries, through the Paris accords, remain committed to action. Let’s only hope that the U.S. reverses course before it is too late.

Eric Toder is a co-director of the Tax Policy Center in Washington DC. He divides his time between the capital and Stonington. 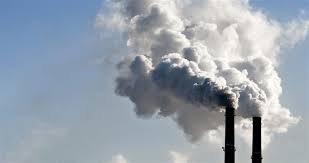