Kevin Schneider came in as Acadia’s new superintendent in January, at the start of the park’s centennial year.

Schneider has a park anniversary of his own, having started his career with the National Park Service in 1996 as part of a trail crew at Rocky Mountain National Park. Subsequent assignments took him to the NPS Office of Communications in Washington, D.C., Yellowstone National Park and Glen Canyon National Recreation Area.

His wife Cate grew up in Bangor; they have two young children. The family visited Acadia last summer, then learned Acadia’s top spot was opening up due to the retirement of Superintendent Sheridan Steele.

“I looked at my wife and said, ‘Well, what do you think? Should we go after it?’” he said. “We agreed, very quickly. It was a no-brainer.”

Recently, Schneider sat down with The Working Waterfront to talk more about the job.

WW: How familiar were you with Acadia before arriving as superintendent?

Schneider: I’ve been to Acadia many times. My first trip was when I was about 20, as a student at Colorado State University. We were going to Baxter State Park and stopped at Acadia along the way, camped at Blackwoods Campground, and drove up Cadillac Mountain. It was too foggy to see anything.

Then I came a couple of times early in my career. I helped organize news conferences for the launching of the Island Explorer and again for Acadia Trails Forever. That was when I scratched my head and said, “This would be a nice place to work someday.”

WW: Were national parks part of your childhood?

Schneider: I grew up outside of Chicago and we didn’t particularly visit the national parks. But during high school, I volunteered for The Student Conservation Association. Six of us spent a month maintaining trails in the backcountry in North Cascades National Park, much like the Youth Conservation Corps at Acadia. After that month, I said, “This is it. This is what I want to do.”

WW: You enjoy hiking, paddling, etc. What are some adventures?

Schneider: A lot of backpacking—Yellowstone, Grand Teton, Glacier, Glen Canyon, Canyonlands, Zion, the Grand Canyon… Now we have two little kids, so our hikes have gone from being 25 miles to two miles.

WW: Speaking of kids, what’s your personal approach to “no child left inside?”

Schneider: We get them out as much as we can. Acadia is great for families. There are so many accessible things to do. Getting kids outside is important. In the National Park Service, we’re trying to deal with that through youth outreach programs. At Acadia, we’ve got programs like the Youth Conservation Corps, and Teacher Ranger Teacher, where teachers learn from us and we learn from them how to improve our educational outreach.

WW: How do Grand Teton and Acadia compare from the management perspective?

Schneider: Both parks get about three million visitors per year, so both struggle to deal with that level of visitation. Acadia is a tenth the size of Grand Teton, so we’ve got those people in a smaller footprint. That’s a particular challenge for Acadia, but it was a challenge at Grand Teton as well—dealing with areas of the park that have 30, 40, 50 percent increases in visitation in 10 years. We want to make sure we’re providing a good experience.

The national parks also have a pretty significant deferred maintenance backlog. So we spend our time on the highest-priority assets, with respect to visitors and park resources. It’s a challenge in an era of declining federal budgets. Acadia is fortunate because we have such incredible partners, like Friends of Acadia and the Schoodic Institute. We use partnerships to get to projects we aren’t able to with federal dollars alone. Friends of Acadia, for example, has endowments to maintain trails and carriage roads, groom ski trails, and operate the Youth Conservation Corps.

WW: What have you seen for climate change across the park system?

Schneider: Climate change will be a huge factor as we look to the next 100 years. We see the effect in Acadia—sea level rise, temperatures warming, even our expanding visitor season. October used to be quiet. Now it’s becoming a peak month. We’re providing services in October and as early as April and May. For an agency already stretched financially, that stretches us even further.

Across the national parks, you can vividly see the effects of climate change. The Tetons are seeing massive glacier decline. In Glacier National Park, research indicates it might not have glaciers at all in 20 or 30 years.

WW: Do you expect a visitor surge this centennial year?

Schneider: I would not be surprised if Acadia passed the three million mark this year. That would mean another 12 percent increase in visitation, which is pretty substantial. But we look forward to welcoming people and celebrating the park’s centennial.

WW: What’s the latest on the transportation plan?

Schneider: We’ll release preliminary alternatives and hold public meetings this summer. It’s not required, but we’re doing it because we want to give the public the opportunity to weigh in before we get too far.

WW: What’s a favorite Acadia experience since you arrived?

Schneider: Jogging up the trail to the top of Cadillac Mountain. It was the first time I’d been up Cadillac in 20 years, and 20 years ago I couldn’t see a thing because it was socked in. But a couple of weeks ago, early in the morning, it was a beautiful, clear day—absolutely spectacular. 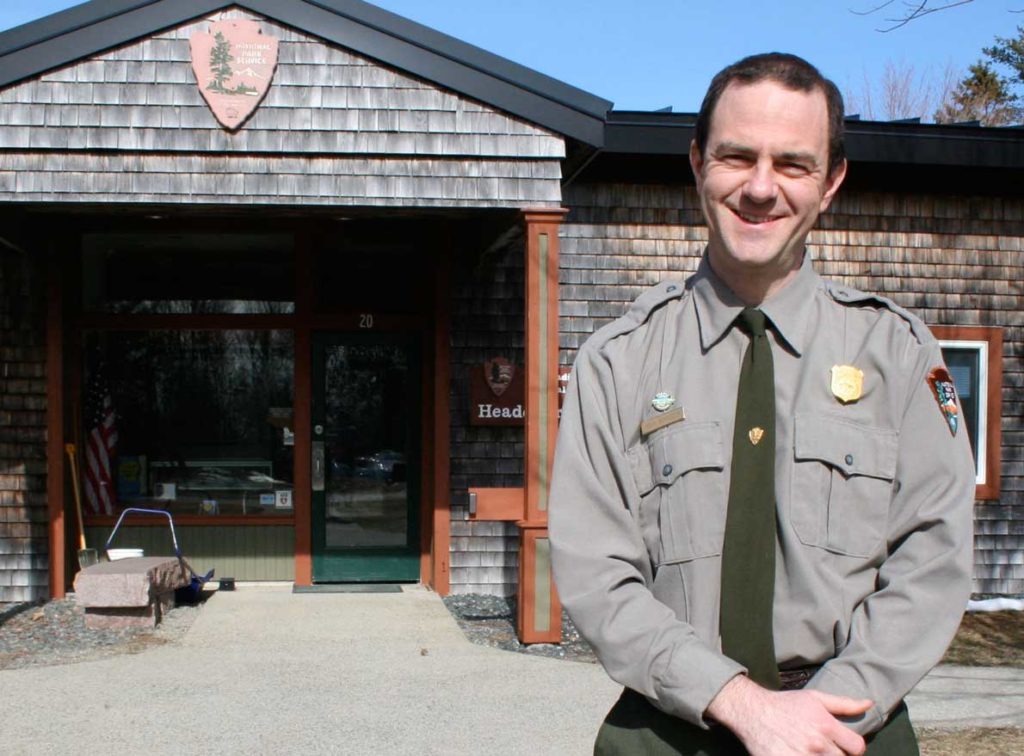