You’d need a good memory or having both books (in hardbound) to realize this: Elizabeth Strout’s collection of stories, Olive Kitteridge, published in 2008, featured a single green leaf. And on the cover of her newest, Olive, Again, falling leaves of red and orange bring us through time to the next season.

It’s easy to imagine some symbolism: We met Olive Kitteridge in the “summer” of her years, and now we’ve come to “fall,” when days grow shorter and life slowly drains from the landscape.

The Olive we catch up with here has entered her 80s. She still lives in Crosby, Maine, a fictional small town on the coast about an hour above Portland (like “Shirley Falls”) that Strout has made feel real. (Strout knows the area well; born in Portland, a home in Brunswick now.)

This book picks up where the other ended, with a chapter describing Jack Kennison, a Crosby resident since retiring from teaching at Harvard. (Not only Jack, but many of Strout’s characters return, and while a familiarity with her books provides more continuity, Olive, Again can stand on its own.) We find Jack in a melancholy mood, drinking too much as a way to stave off troublesome memories. For Strout, that’s a paradox worth exploring: memories that provoke negative feelings could ultimately lead to something positive, if insight follows.

Memories also dog Olive, of loss and regret. She is a widow living alone now; her son has moved away, putting emotional distance as well as miles between them. Her father had, much earlier in her life, killed himself and her mother was never close. Intimate relationships would seem to be a minefield, certain to hold danger and damage.

Yet despite that, Olive moves forward, tentatively open to new connections. She retains her rough edges, her defenses—she can be blunt and disagreeable—but we see tenderness and empathy too. An earlier book is titled Anything Is Possible, and Olive herself could have said it.

Calling a character “Olive” suggests something sour, salty. In Strout’s writing, names can hold great meaning. A character in this book, who grew up in Crosby and became the U.S. poet laureate, is named Andrea L’Rieux. In that last name, we hear “rue,” and one definition of “rue” is to regret, to feel remorse. As well, rue is a perennial woody herb with bitter leaves, used medicinally.

Remorse can leave us bitter, but Strout might add that it could also serve as catalyst to achieving something healthier. And we see how Olive evolves, better able to handle a wider range of feelings, ones previously avoided or denied, including regret, sorrow, anger, envy, and uncertainty.

By the book’s end, Olive is living in a facility for the elderly. She ruminates on approaching death; she has a constant awareness of the effects of aging. Strout pictures her there:

“Olive stood up slowly, leaning on her cane, and moved to her table. She sat down in her chair, put her glasses on, and put a new sheet of paper into the typewriter… she typed one sentence. Then she typed more. She pulled the sheet of paper out and placed it carefully on top of her pile of memories; the words she had just written reverberated in her head. I do not have a clue who I have been. Truthfully, I do not understand a thing.”

Olive’s “pile of memories” may feel inconsequential to her, as if they don’t add up to any insight or meaning. Of course, there will be unexamined or unresolved realities that follow her to death, as for all of us. But despite Olive’s disavowal, addressing experience and putting it into words creates more than just a pile of memories. It can be therapeutic.

This is a theme throughout Strout’s writing. In another of her books, when Lucy Barton was able to claim her self-identity (hence the title My Name is Lucy Barton), it was a sign she had begun to heal. In Olive, Again, the book’s next to last sentence follows the excerpt above: “Olive stuck her cane to the ground and hoisted herself up.” Olive is heading out to supper with a friend. It’s an ending that could be seen as uplifting, and Olive might even agree.

Tina Cohen is a seasonal resident of Vinalhaven 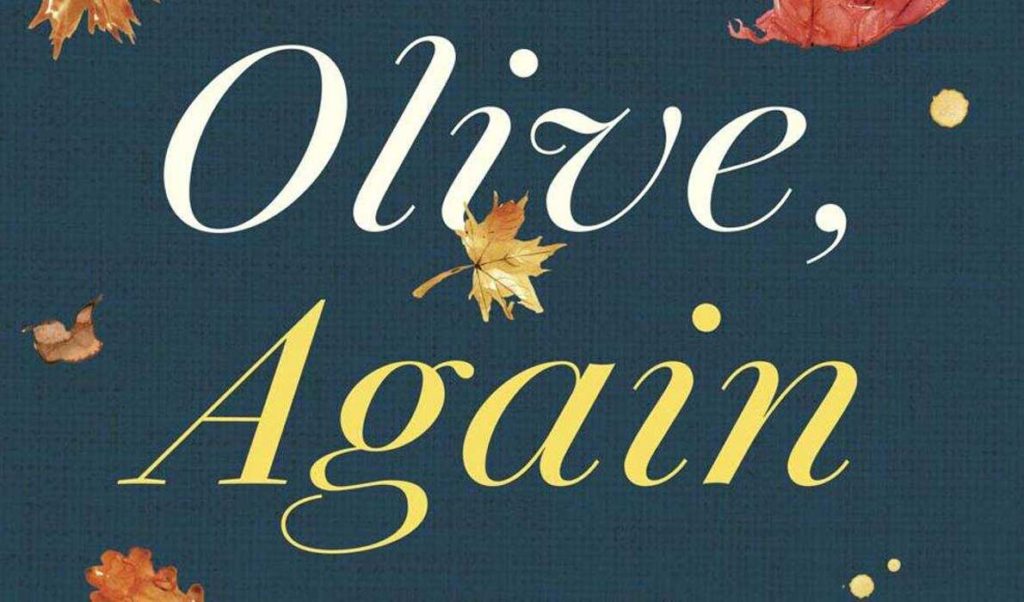