While we wait for Maine’s art venues to re-open—and it will happen soon—museums, community art centers, and galleries are helping to fill the visual void with virtual tours, special talks, and Zoom gatherings.

First Fridays are now online as are many openings, art courses, and art camps. In Belfast, Waterfall Arts’ founder Alan Crichton has been hosting “Zoomcasts,” featuring conversations with artists whose shows were canceled or postponed by the pandemic, while Farnsworth Education Coordinator Denise Mitchell recently presented a slideshow of some of the museum’s greatest hits to friends of Schoodic Arts for All, who normally would have made the trip to Rockland.

We’re all in this together, which is underscored by these shared endeavors.

One way to get your art fix in this time of closure is books. Two publications came out just as the world was shutting down: the Farnsworth Art Museum’s massive Maine and American Art and the Bowdoin College Museum of Art’s equally hefty At First Light: Two Centuries of Maine Artists, Their Homes and Studios. No curling up with these volumes; a strong back, arms, and maybe knees are required—and ideally a coffee table or some such platform for perusing.

Both institutions decided Maine’s Bicentennial would be the occasion to revisit the state’s art history, but from different angles. The Farnsworth chose to take a sweeping look at its impressive collections, while Bowdoin homed in on, well, the homes of 26 artists, from Jonathan Fisher in Blue Hill to William Wegman in Rangeley.

Beyond the sun-bleached Fairfield Porter painting The Dock on the cover of the Farnsworth tome lies an accounting of the fruit of one woman’s dream, legacy, and paternal tribute. Lucy Copeland Farnsworth (1838-1935) gets top billing in a terrific essay by Chief Curator Michael Komanecky, which provides what must be the fullest portrait of the founder to date. It’s quite a tale, with plenty of intrigue, surmise and revelation.

Despite a similarity in title, the book is quite different from the 1999 publication Maine in America: American Art at the Farnsworth Art Museum by Pamela Belanger. For one, the scope of work presented is greatly expanded. For example, there is a chapter on photography eloquently and expertly narrated by Farnsworth Curator Jane Bianco.

Like any anthology, the selection is bound to trigger some criticism. Conspicuously missing are a number of post-war painters—Karl Shrag, John Heliker, Lynn Drexler, Elena Jahn, Reuben Tam, William Kienbusch, to name a few. As much as one may love the work of Waldo Peirce (1884-1970), his reputation seems to survive on his friendship with Ernest Hemingway. That said, his satirical portrait of Lucy Farnsworth is one of the delights of the book.

As for the Bowdoin Museum production, using the superb photography skills of Walter Smalling, we visit artists’ homes and studios, inside and out, across the state, from Winslow Homer’s seaside retreat in Prouts Neck to Ashley Bryan’s wondrous abode on Little Cranberry Island; from Berenice Abbott’s cabin in Blanchard to Molly Neptune Parker’s modest house in Indian Township, Princeton.

Close-to-the-coast homes predominate—John Marin in South Addison, the Zorachs in Georgetown, Bernard Langlais and Lois Dodd in Cushing, Richard Tuttle on Mount Desert Island. Rudy Burckhardt’s and Yvonne Jacquette’s farmhouse in Searsmont is among the most traditional New England, an assortment of connected structures set in the landscape.

“When we experience a place,” Maine Poet Laureate Stuart Kestenbaum notes in his foreword, “we are connecting not only with a presence within that space or landscape, but within ourselves as well.” Texts by Bowdoin Museum co-directors Anne and Frank Goodyear and Farnsworth Chief Curator Komanecky deepen this sense of place.

Both volumes are extensively and handsomely illustrated—and provide a stark reminder of how far we’ve come in reproduction quality since, say, Maine and Its Role in American Art, 1740-1963, the longtime art-historical standard bearer. Together, these titles provide enlightenment and escape, badly needed in these lockdown times.

Carl Little’s book Mary Alice Treworgy: A Maine Painter (Marshall Wilkes) will be out in the fall. 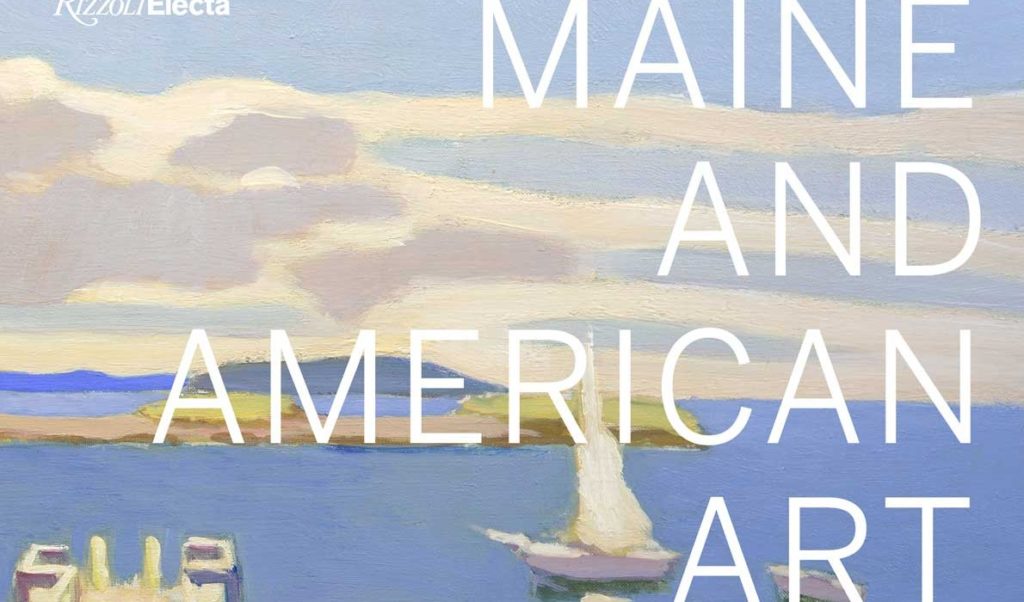