Today, 28 years later, this has proven true. The three groups that created the trail continues to thrive and the relationship between L.L.Bean and MITA has matured.​

“For decades, L.L.Bean and the Maine Island Trail Association have shared the common goal of being good stewards of the environment,” said Shawn Gorman, L.L.Bean’s Chairman of the Board. “It’s in everyone’s best interest to ensure that we all have clean, pristine and accessible places to recreate in the outdoors. The Maine Island Trail Association is to be commended for their efforts to make the great outdoors even greater.”

“This is truly an honor,” reports MITA executive director Doug Welch. “Everyone recognizes L.L.Bean as a powerful force in recreation, but this grant reinforces the company’s commitment to stewardship of the natural resources on which recreation depends. The Maine Island Trail would not exist without volunteers caring for the private- and public-owned islands that comprise the trail. So the Wild Islands Campaign will ensure that those volunteers have the tools and coordination needed to get the job done each year.”

Invested with the Maine Community Foundation, MITA’s Wild Islands Campaign endowment fund pays for the purchase, operation, and periodic replacement of MITA vehicles, skiffs, motors, and trailers, plus a portion of the staff expense of coordinating MITA’s volunteers.  Anticipated to grow to $2 million, the fund will ensure that the iconic wild islands of Maine’s beautiful coastline will be managed by a volunteer corps of citizen stewards forever.

Today, the American Canoe Association recognizes 567 water trails in the US with the Maine Island Trail having been the first.

L.L.Bean, Inc. is a leading multichannel merchant of quality outdoor gear and apparel. Founded in 1912 by Leon Leonwood Bean, the company began as a one-room operation selling a single product, the Maine Hunting Shoe. Still family-owned, Shawn Gorman, great grandson of Leon Leonwood Bean, was named chairman of the board of directors in 2013. 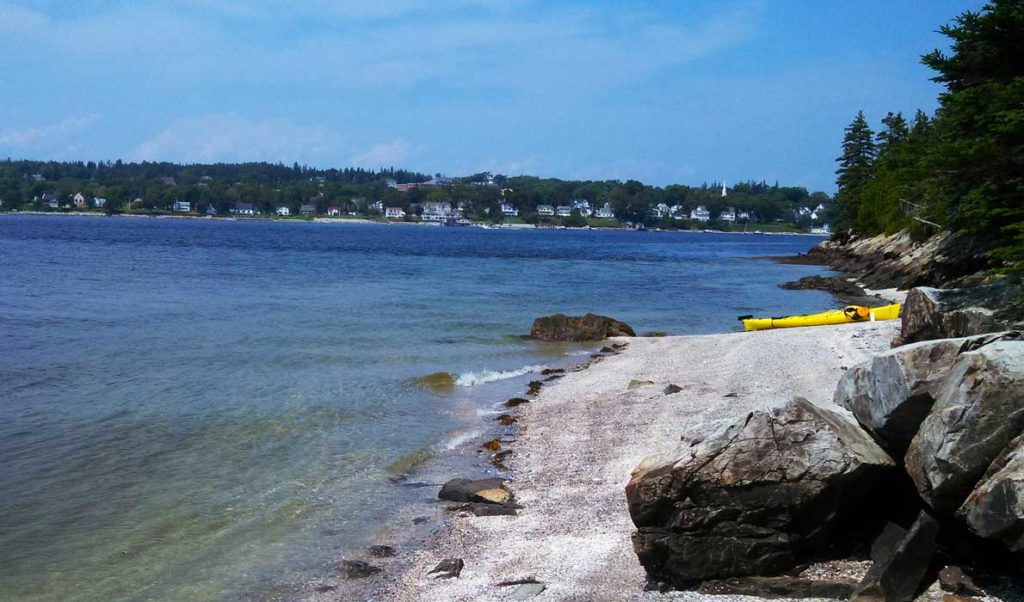