On July 28, Hillary Clinton is scheduled to speak as part of a series at College of the Atlantic in Bar Harbor. We expect to have a report on her talk in our September issue, but seeing her name in connection with a Maine appearance gives me an excuse to trot out my story about a sort of encounter I had with the former first lady, U.S. senator, secretary of state, and 2016 presidential nominee.

Before I get to that moment of glory, I’d like to come clean about some other highlights.

In the late 1980s, while reporting for the (Belfast) Republican Journal, I had the local crime beat. Back in those days, the waterfront was a bit rougher, and on a Saturday night, a fight broke out in someone’s driveway, leaving one man dead.

The deceased man was from a nearby town, and in those pre-internet days, I went to the phone book and found a listing for what seemed to be his parents. I called, and awkwardly asked the man about his dead son. Long pause. Then, a panicked voice.

“What are you saying about my son?”

Yeah, I had the wrong guy. As a parent, I know that I probably caused the poor man’s heart to stop for a moment.

I reached a pinnacle of my editorship my last week on that job, as I prepared to go work for the Bangor Daily News. Joe Brooks, an editor with the BDN, was running as a favorite for a seat in the legislature, and the Republican Journal the morning after the election proclaimed in large type that he’d been upset.

Yep, Dewey defeats Truman. A town clerk working on a few hours’ sleep had reversed the numbers for her town. We actually reprinted the front section of the paper, and the staff and I fanned out across the county and, squatting on dusty convenience store floors, replaced the inaccurate with the accurate.

The next week, I started the new job, and the late Emmet Meara, Rockland bureau chief, drove me around the county, introducing me to police chiefs, the sheriff, and town managers, saying, “This is the guy who (effed up) the Joe Brooks story!” And handing them copies of the incorrect front page.

Months later, I was covering a Coast Guard court martial hearing in Rockland’s courthouse. At one point, the judge asked the young man, “And what happened when you smoked the marijuana?” The answer, after a whisper into his lawyer’s ear, was: “Uh, I got high.”

I chortled a lot louder than I expected, drawing stares. A few minutes later, I rose to leave, and the strap on my laptop bag caught on a bench, flinging me and its contents to the floor. This elicited an even louder laugh—from me, and no one else.

Now, the Hillary story. It must have been late 1993, and the Clintons were on their healthcare reform road trip. The first lady was to speak at the University of Maine’s Alfond Center, and I would cover it for the weekly paper.

I arrived early to scope out a place to shoot photos. I ran into another reporter, who said it wasn’t clear where we should be. Now, I am not pushy, and slowly walked as far forward as I could, passing steely-eyed men literally talking into their cuffs. They ignored me.

I took up a position leaning against the hockey boards to the side of the stage, and noticed three photographers with thousands of dollars of gear dangling from their hips. Hmmm. BDN, Press Herald, and AP?

As Clinton walked onto the stage, they hopped up and began madly shooting. I hustled over and did the same. I should note that I was dressed in what I thought was appropriate garb—blue jeans, sneakers, jean jacket, and a collared dress shirt.

As the first lady approached the microphone to thunderous applause, she locked eyes with me. One, two, three long seconds.

In my mind, I thought I was giving her a raised eyebrow and a, “Well, hello to you, too!” look, but I probably looked like a middle schooler at his first dance. When she began speaking, I shot a few more photos, and retreated to the side.

A few minutes later, the late Kay Hyatt, a wonderful woman who ran UMaine’s public affairs office, marched towards me, obviously furious. When she told me I had no business being there, I said, “But what about those photographers? How come they get to be up front?”

“Those are the official White House photographers,” she said. Ah, so Clinton would know those people, and wondered who the heck I was.

I was escorted to the back of the hall—it felt like she dragged me by the earlobe—where I saw dozens of reporters and photographers seated, watching the talk on TV monitors.

Well, I did get a great front-page photo out of it. And if anyone at COA chats with Mrs. Clinton, tell her I said hello. 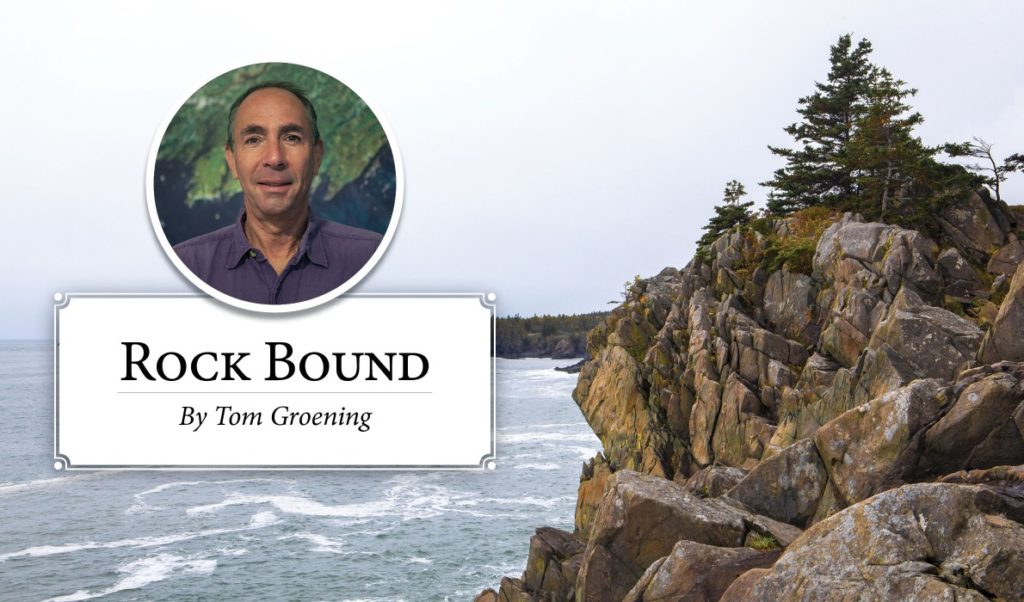