Melting snow along the coast is revealing a winter’s worth of dog poop and trash along our roadsides and sidewalks, and scattered on lawns and municipal parking lots. The litter removal crews are out in force, picking up the big pieces, but where does all the rest of this waste go? Sadly, spring rains wash it to sea.

While pet waste may be the most obvious offender, other matter, like sand, salt, trash, chemicals, brake dust and other debris are carried along. The snowmelt delivers a toxic shock to rivers, streams and ultimately the ocean.

“While freshly fallen snow may look pure,” says Cathy Ramsdell, executive director of the Friends of Casco Bay, “it picks up complex, dirty molecules as it falls, and then once it’s on the ground, it picks up pollutants from the road as it gets plowed around,” she said.

In Portland, “After an intensive rainstorm, you can go up to the Eastern Promenade and see a brown plume where the Presumpscot River dumps rainwater into the bay,” Ramsdell says.

For a disturbing photo of what this looks like, check out Friends of Casco Bay’s recent report, “A Changing Casco Bay” at friendsofcascobay.org. The cover photo, entitled “Anything But Fresh,” depicts the 15-foot-deep brown plume of “fresh” water sitting on top of the seawater.

According to Ramsdell, “Snowmelt from upland is loaded with nitrogen. Nitrogen is a nutrient, but too much can kick off too much activity in water bodies—polluting levels, rather than nutritional levels.”

Nutrients in small to moderate amounts are good for productivity and can benefit marine species, but in high amounts can harm these same species. The nutrients fuel photosynthesizing algae. Algal blooms of larger proportions occur, and then the algae die. Bacteria consume it, taking up oxygen and respiring carbon dioxide in the process. The excess carbon dioxide can cause acidification of marine bottom waters, which can be stressful or lethal to some marine species.

These multiple nutrient-related stressors resulted in a mass shellfish die-off in Maquoit Bay in Brunswick in 1988, killing 30 percent to 40 percent of shellfish over the course of just a few days.

So who is responsible for managing storm water run-off? The federal Clean Water Act requires that towns and cities above a certain population size, population density, or proximity to a major urban area must have a permit to direct run-off into a water body, and must take measures to reduce pollutants in the water, according to Aubrey Strause, owner of Verdant Water, a storm water and wastewater consulting firm and past president of the Maine Water Environment Association.

The state Department of Environmental Protection issues these permits to municipalities, as well as institutions owned by towns or the state, such as the Department of Transportation, Maine Turnpike Authority, industrial facilities and large construction sites, Strause said.

Historically, towns and cities were allowed to let a combination of storm water and raw sewage flow into rivers and the ocean during major storm events. This is now changing. Portland’s East End wastewater treatment plant is now connected to millions of gallons of storage in large new tanks under Baxter Boulevard, so that combined flow from big storms can be treated without overloading the treatment facility.

Portland has also adopted a storm water utility fee that will take effect in a year or two. This fee will incentivize homeowners and businesses to reduce the area of impervious surfaces, or areas that water can’t seep into, like parking lots and roofs. Homeowners are also encouraged to retain rainwater on their property by using rain barrels and planting rain gardens.

Other simple things all of us can do to help keep our coastal ocean healthy:

“Even keeping your car tuned up” helps, says Ramsdell, “because all the stuff that leaks out of it ends up in the bay!” 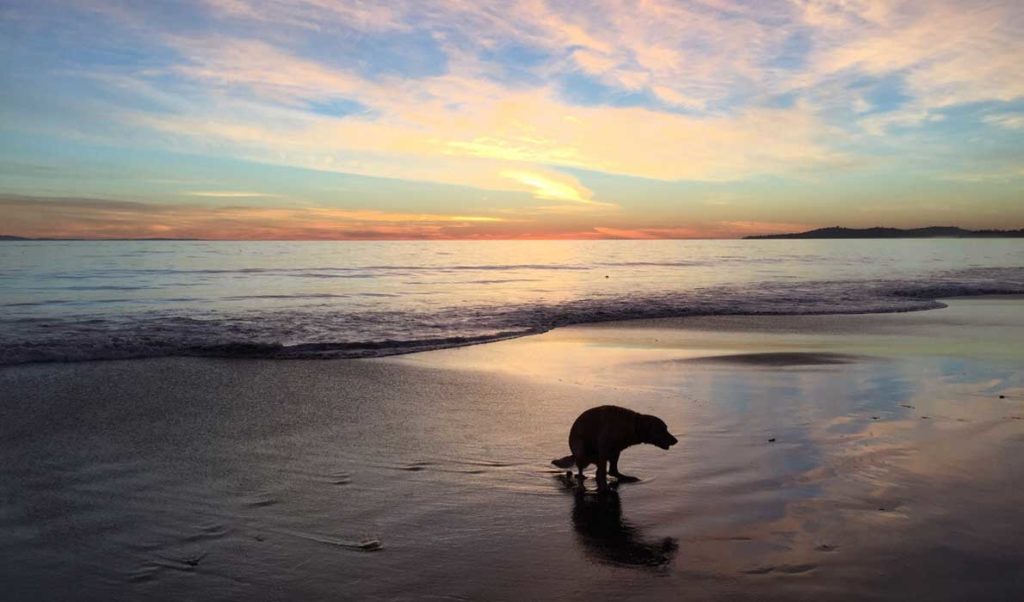