If you think you need better broadband speeds at your house, in your neighborhood, or throughout your community, you’re probably correct. Maine currently ranks 49th in the country for internet speeds and reliability, so most of us have a long way to go to get to a standard that would meet basic expectations in the rest of the country.

But how does internet service actually get to and from one’s home or business?

“When people pick up a landline telephone in their home, they generally know that the signal goes through a wire that hangs from a utility pole in their neighborhood,” says Stephenie MacLagan, who coordinates the broadband staff team at Island Institute. “What people may not know is that for most of us, the internet also runs through wires strung on the utility poles.”

There are three types of wires or cables that provide most internet service today:

There are alternate paths internet can travel, including satellites and cell-phone based service, but these are expensive and limited in geographic availability in most of Maine, as they are being deployed first in higher density urban areas of the country.

The fastest internet available to most people in Maine now is through coaxial copper cable. Internet speeds through cable typically range from 25-60 Megabits (Mbps) per second download and 3-15 Mbps upload speeds. However, the maximum speeds available at any given home or business vary greatly depending on distance to a central office or DSLAM, a hub where many cables come and signals get bundled. The further you are from this hub, the lower the speed you are going to experience.

One of the major advantages of fiber lines is that unlike coaxial copper cable, you can be miles from a fiber hub and not realize any slow-down in the transfer of information.

Unfortunately, glass-strand fiber is currently available in just a few places in Maine. While some of the large internet service providers own a lot of fiber in the state, they use it for their own purposes, including the backhauling from DSLAMS to the backbone infrastructure. They won’t install fiber it to an individual home or business.

Availability is changing as local initiatives throughout the state are installing fiber in downtown areas or throughout entire communities. Fiber is considered “future proof” because it is a proven technology, and is expected to have the speed capacity to serve needs 20-40 years from now. It is much cheaper to upgrade or expand than cabl; since speed over fiber doesn’t degrade over distance, you don’t need to install new DSLAMs or central offices in order to increase network capacity in an area.

But where does the fiber actually go? Fiber cables can be strung on poles, buried underground, or laid right along the ground, or some combination of all three. The cheapest option is usually along the ground, run through extra thick-walled PVC pipe. Because fiber cable is not electrical in any way, it isn’t a danger. Splicing for repairs is easier and safer than splicing electrical wires.

Mark Oullette of Axiom Communications says fiber has been laying along the ground through woods in parts of the Georgetown peninsula near Bath for years. You don’t know it’s there, and it gets buried over time.

Yes, broadband is about economic survival, but it’s also about health care, education, civic engagement, culture and enrichment, and the convenience and efficiency of our lives. We need a sense of urgency like never before to get ourselves onto the interstate highway system of the 21st century. It doesn’t look like government or big business is going to take care of it for us, so we better do it ourselves. Luckily, the technology itself is road-tested and ready to go. We just have to get it done.

For more information about the technology behind broadband internet, check out this local blog: 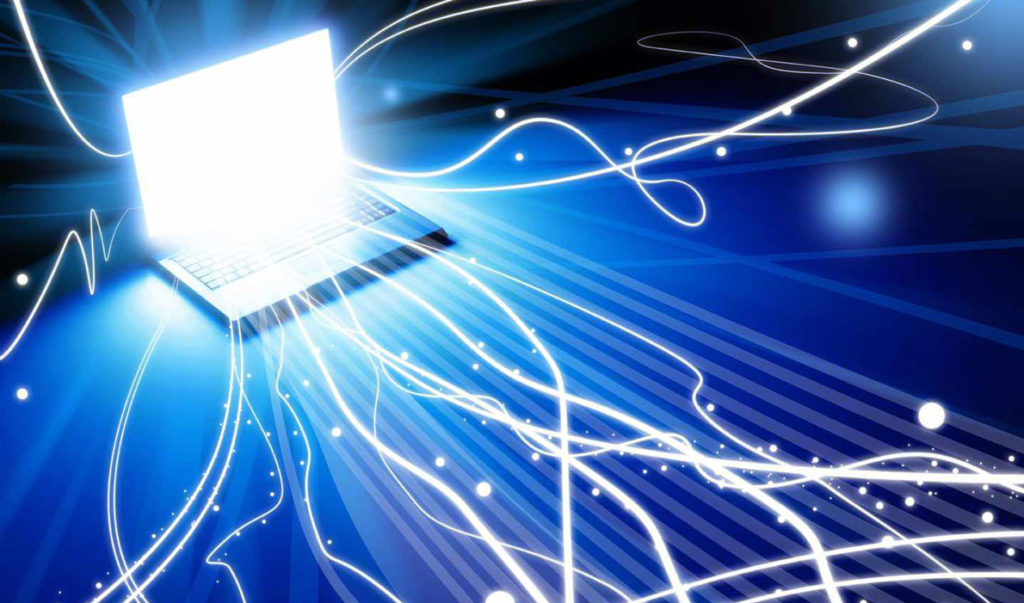