The Hour of Land: A Personal Topography of America’s National Parks.

When filmmaker Ken Burns set out to document the history of America’s “best idea”—our national parks—he called on a number of distinguished writers and historians to help testify to their special place in our land—and in our hearts.

Terry Tempest Williams, author of 15 books, including the environmental classic Refuge: An Unnatural History of Family and Place, offered thoughts on the meaning of these parks to visitors:

“For all the bureaucracy, for all the red tape, for all the arguments about public policy,” she stated, “our national parks are first and foremost places of love.”

National parks are also places of conflict as Williams makes clear in her tough, celebratory, elegiac and enlightening “personal topography,” The Hour of Land. She visits more than a dozen national parks, monuments and recreation areas, extolling the natural wonders and spiritual and cultural resonance of each place, but also highlighting the challenges many of them are facing, be it from the oil industry, tour guides with a skewed sense of history, or mismanagement.

The “personal” part of the book’s subtitle comes through in every chapter as Williams explores her connections to sites that stretch from Acadia to the Gates of the Arctic. For example, she tours Theodore Roosevelt National Park in North Dakota with her father, John Tempest, who has spent much of his life building pipelines across the west. They get into some heated back-and-forths, but even Tempest can’t reconcile the beauty of the landscape with the devastation caused by the nearby Bakken shale oil fields.

Williams has been visiting Acadia National Park over the past 30 years, enough so that it has, in her words, entered her DNA. In a remarkable bit of genealogical sleuthing, she makes the connection more direct: she traces her ancestry to the Bunker clan of Great Cranberry Island. On a visit to the island, she visits the Bunker Family Cemetery and pays a call on David Bunker who runs the ferry service. The two of them laugh at the message on his T-shirt: “My parents said I could be anything I wanted to be so I decided to be an asshole.” In light of her own sometimes contrarian nature, Williams declares, “We’re definitely related.”

The final chapter of the book starts off in the César E. Chávez National Monument in Keene, Calif., one of the most recent historic sites in the U.S. (it was established by President Obama in 2012). In the spirit of Chávez, Williams offers a mix of call to action, manifesto and a questioning of the status quo: “What if our national parks and monuments became places of conscience instead of places of consumption?”

Here, the title of the book appears in a classic Williams turn of phrase: “The time has come for acts of reverence and restraint on behalf of the Earth. We have arrived at the Hour of Land.”

The book is illustrated with black-and-white photos by a host of renowned camera artists, including Carleton Watkins, Ansel Adams, Sally Mann, Lois Connor and Will Wilson. Williams offers brief words of praise for each in an appendix, one of several helpful resources at the back of the book.

Acadia and all national parks, Williams posits, serve as breathing places “for a society that increasingly holds its breath.” The Hour of Land came out before the election, before Standing Rock, before the creation of the Katahdin Woods and Waters National Monument—and before Williams made headlines for bidding on a lease for land in her home state of Utah in an attempt to save it from drilling.

As America enters a new kind of wilderness, Williams’ activism and passionate spirit will be called upon more than ever. 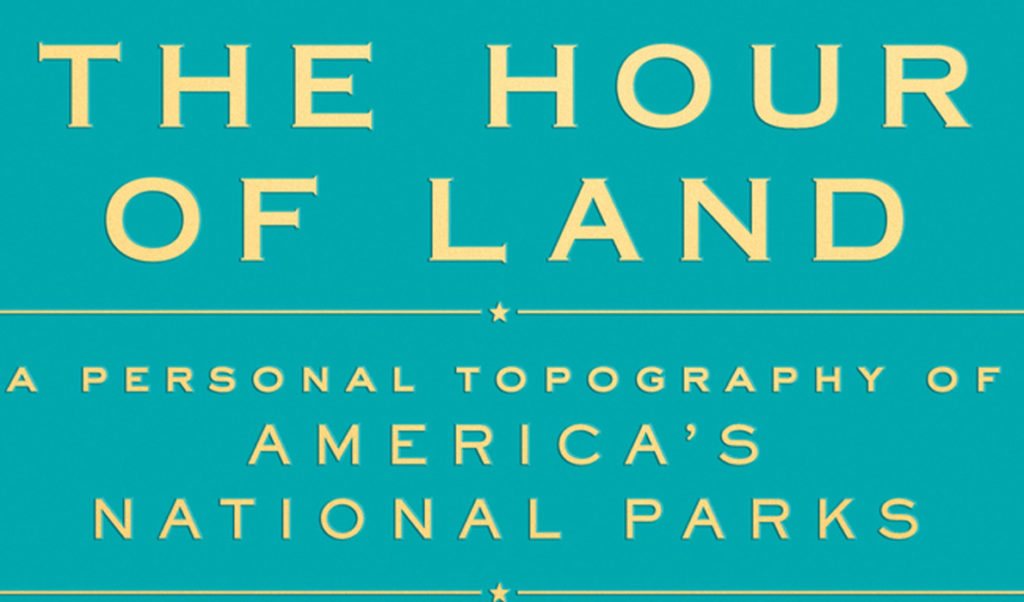