My flight instructor liked to talk. As I circled Belfast endless times with Alfred “Sandy” Reynolds, there was generally idle conversation in the airplane—sometimes, very idle.

My lessons did not involve what you’d call a “sterile cockpit,” meaning strictly business, no needless chattering. Sandy wanted to make sure I could fly safely while a passenger was jabbering on about the planning board or the price of firewood or was chasing a housefly around the instrument panel.

He’d often ruminate about towns and airports where I might go for a solo cross-country training flight. I spent ridiculous time examining the map, and the state of Maine—which I thought I knew well—took on a new slant as Machias and Greenville became my idea of exotic destinations.

Belfast was home base, a quiet strip where I usually had the sky to myself. Rockland was where I’d go to buy fuel, and where I risked having my friends see me mess up, but where I knew I always had friends watching. Bangor was the proving ground—me, Air Traffic Control, and a whole bunch of Air National Guard KC-135 heavy tankers. Anywhere else was an expedition.

“You could go to Dexter,” Sandy offered once. “Although, come to think of it, Dexter is a bit hard to find. Sometimes you can’t see the airport until you’re there.” Dexter seemed very far away, indeed.

One morning last fall I started up the little rented airplane and took off from lonely Belfast. This would be the first time I’d gone anywhere I hadn’t been before, solo, without an instructor back in Belfast pacing the floor, drinking coffee, and waiting for me to get back. I had a new pilot’s license in my pocket and didn’t need specific permission; I could go anywhere the weather, my maps, and my somewhat chickenhearted version of common sense would allow. Today’s mission: find Dexter.

Sure enough, I was nearly past it before I saw the runway. I announced my presence to any who might be out there, “Dexter traffic, Cessna five-two-three-niner bravo…”

I came about and got lined up to enter the traffic pattern (there was no other traffic), landed with a reasonable lack of public disturbance (not necessarily a given), and taxied over to what I hoped was the public parking. I was only planning to have a slurp of water, check the fuel, wiggle my toes a little, and then head right back to Belfast before the wind picked up.

A small white car drove straight toward me on the apron, and an elderly man rolled down the window. I immediately assumed I was about to be told to “Move that thing out of the way!”

“Everything alright?” he inquired, no noticeable aggravation in his voice.

“Where’d you come from?”

He put his car in park, climbed out, scrambled into a little building, and came out with the Dexter Municipal Airport visitor’s log. I wrote in my name and the airplane information.

“You live in Belfast?”

“The plane lives in Belfast. I live on Matinicus Island.”

He looked at the signature and then back at me. “I’m pleased to meet you!”

He grinned. “Have you got a minute? The guys would like to say hello.”

The guys? What guys would that be? The place looked to be only slightly less deserted than Belfast.

The old man led me to a hangar where a few men were puttering on a project. He introduced me, everybody stopped work, and I got a round of sincere handshakes and smiles. They knew more about me than they had any reason to. I have no idea why. Maybe they read the papers. We talked about Matinicus, and flying, and who knew whom, because the aviation community in Maine is a small world, and a fairly chummy one, too. I answered questions for quite a little while. In any case I was heartily welcomed to—and made welcome in—Dexter, Maine.

Finally back in the plane, and ready to return to the coast, I took off feeling I had friends watching. 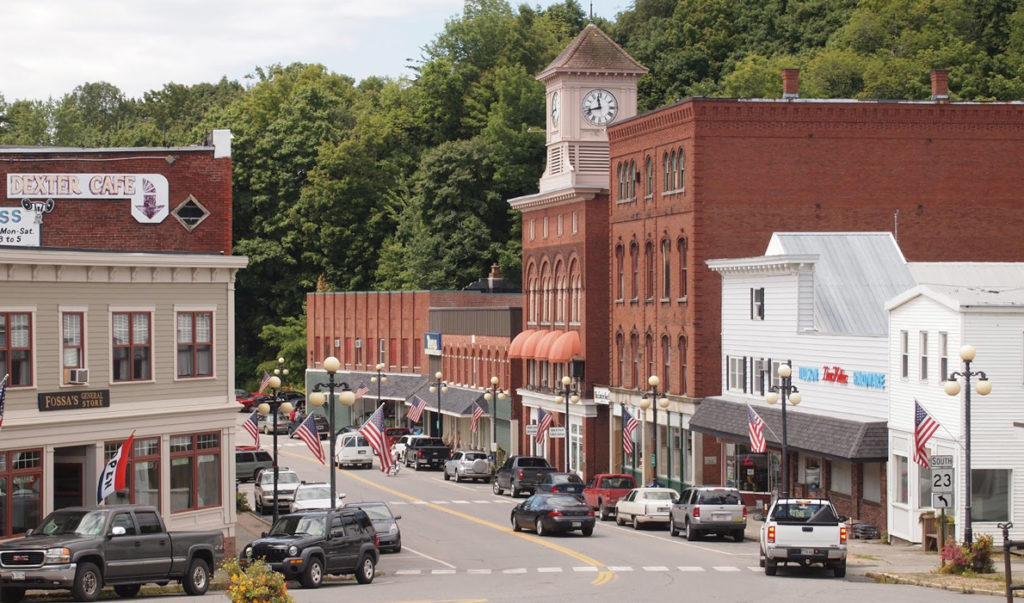