VINALHAVEN — Sherry Bunin worked in the publishing industry all her life, but it wasn’t until late in her career that her writing was published. She started out as an English major at the University of Cincinnati and while a student, took a job at Writer’s Digest where she was in charge of an annual short story contest.

“That was a wonderful job,” Bunin recalled. “I liked it there. I stuck around for a while.” Bunin continued her career in New York City working for Sports Illustrated and then for Life magazine, both owned by Time, Inc., answering letters.

In the late 1950s Bunin and her husband, Norm, who also worked at Time, Inc., discovered Vinalhaven through a company newsletter. Life photographer Eliot Elisofen had a house for rent on the island, and the Bunins thought, why not?

“We loved it that first summer,” said Bunin, “staying in the cottage on Crockett’s River. The second summer we said, ‘Why can’t we come all the time?'” The Bunins asked some friends where would be a good place to look for land for a family that liked to picnic. They were told to ask about Calderwood land at Brown’s Head.  They were sold 85 acres.

“For some reason, [the owner] liked us. It was an amazing thing to happen,” she said. The Bunins decided to build a home on their land right away.

“I was pregnant with our first son when we were clearing the land,” she recalled. “I didn’t know I wasn’t supposed to do heavy lifting.” From that time on the Bunins spent summers on Vinalhaven, until they moved to the island full-time 20 years ago.

While her jobs never required her to write creatively, she has always been a writer at heart.

“I’ve always written something down,” she says. She wrote a novel early on and showed it to an editor friend. No one wanted to take it on.

The next shot she took at publishing was Is That Your Sister?: A True Story of Adoption, co-authored with her daughter, Catherine, in 1992. The picture book features a six-year-old girl describing adoption and how she and her adopted sister feel about it. That book was accepted, and from then on Bunin began sending articles to magazines such as Yankee, Down East, and in particular, Parents, in which she used her life on Vinalhaven with four children as a background for parenting articles.

Bunin published a second book in 1995, Dear Great American Writers School, a semi-autobiographical young adult novel based on her time working at Writer’s Digest. The story follows Bobby Lee Pomeroy, a young girl living in small town Kentucky near the end of World War II. Bobby Lee sends away for writing lessons from the Great American Writers School, and proceeds to describe colorful characters in her town through the course of her lessons.

Last summer, at the age of 89, Bunin published her third book, Becoming Hallie, a young adult novel about 15-year-old New Yorker Hallie Rust.  From the book’s back cover: “What Hallie thought she knew is turned on its head. Cherished plans to search for her birth parents with her mom are betrayed. She feels her world crumbling. Hallie panics and bails on her parents’ plans for her. Impulsively, she boards a bus to Maine. Little Haven Island is her refuge.” Bunin admits that Little Haven Island is modeled after Vinalhaven.

“I wanted to do something about Vinalhaven. I had no idea it was going to be like this,” she said.  “I certainly hadn’t planned on writing anything about adoption. It just came out that way.”

While Bunin’s first two books were published with traditional publishing houses, Bunin found that literary agents and editors just aren’t accepting unsolicited manuscripts anymore. Therefore she made the decision to self-publish Becoming Hallie through Maine Authors Publishing in Rockland, and she was pleasantly surprised.

“They’re amazing,” said Bunin. “They’re good and thoughtful. They’re unusual in how they back you up. Not like the big [publishing houses.]” Becoming Hallie can be found in bookstores on the coast, including Sherman’s Book and Stationary Store in Boothbay Harbor, Maine Coast Books in Damariscotta, BookStacks in Bucksport, The Briar Patch in Bangor, and as far south as River Run Books in Portsmouth, NH.

“The next thing I write is something for [my daughters] about what they don’t know about me,” she said. As examples, Bunin shares that she had a radio show when she was a kid and she worked on the school newspaper. No doubt, when the mood strikes, she will be back at it.

“It’s not a frivolous thing to do,” she said. “Once you start, you’re serious about it. Once I’m ready to write, I’m ready to write. The work comes, and it’s hard work. But it’s a beautiful feeling, creating something.” 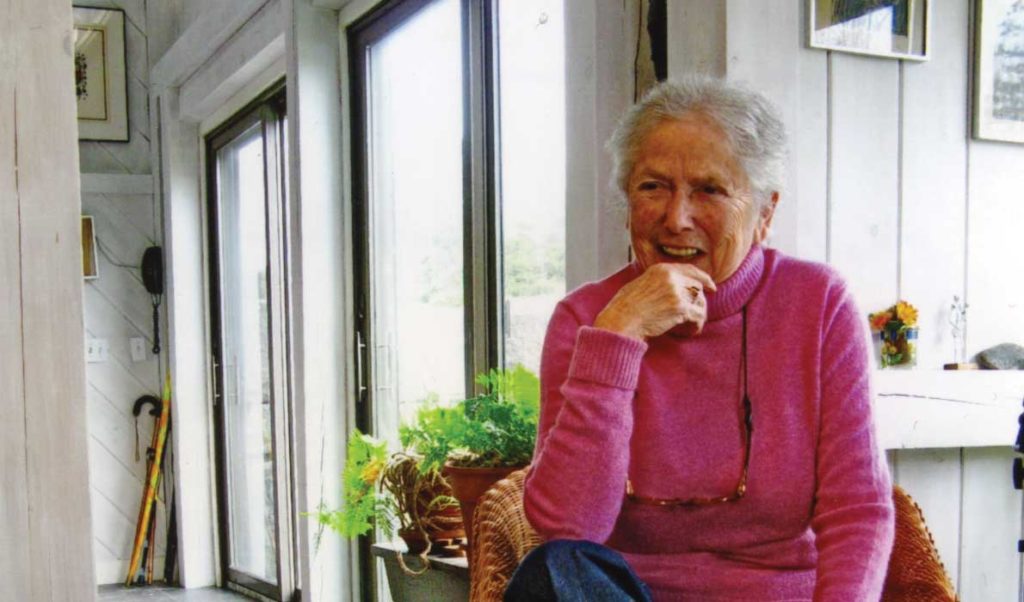