Maine’s current governor spent his second term trying to repeal the income tax, and while he didn’t succeed, the top rate was reduced from 8.5 percent to 7.1 percent during his term of office.

Nearly 50 years after the personal and corporate income tax was enacted, by a Democratic governor and a Republican Legislature, it’s worth remembering what happened and what it might say about our current political dilemmas.

Ken Curtis was just 33 when he decided to run for Congress in 1964, challenging a liberal Republican, Stan Tupper. A brash newcomer to Democratic politics, Curtis wanted to make a name for himself, but as he said later, “I ran for Congress because I wanted to run for governor. I almost screwed up my plans by winning that seat.” Tupper won by just 203 votes.

When, two years later, Curtis challenged incumbent Republican John Reed—who had already won a special election and then a four-year term—no incumbent governor had been defeated for re-election since Ed Muskie ousted Burton Cross in 1954; none has been since.

Curtis won the governorship in 1966 while promising to bring Maine out of its backward condition, last or nearly last among the 50 states in its efforts on education, environmental protection, and health care, and he delivered. In doing so, he had a vital partner in President Lyndon Johnson, whose Great Society programs, enacted the previous year, envisioned a greatly expanded role for state government. While the Great Society effort was effectively derailed by the Vietnam debacle, it created a lasting partnership between federal and state governments that still defines our system today.

Curtis also knew that Maine couldn’t raise the necessary funds through the sales tax, the sole broad-based tax the state had, adopted by governing Republicans in 1951. He knew that only a progressive measure, with the wealthy paying proportionately more, could ensure that municipalities with small tax bases could operate adequate schools without prohibitive property tax rates.

With the aid of key Republicans in both the House of Representatives and the Senate, a personal income tax with graduated rates from 1 percent to 6 percent was enacted in 1969, amid end-of-session drama that saw the tax first fall short, then finally achieve the necessary two-thirds margins.

Despite Curtis’s re-election in 1970, business interests put a referendum question on the ballot in 1971 to repeal the income tax. After seeing how it actually worked, with property owners and municipalities receiving substantial tax relief, voters decided to keep it—by the astonishing margin of 3-1, at the time a record for a contested referendum.

Ken Curtis himself may have said it best. Given Maine’s financial needs, he said, “Of all taxes, the income tax… was progressive, fair and, most importantly, based on ability to pay.”

Since then, Mainers have shown no sign of changing their minds. All of the tax limitation measures put on the ballot during the Baldacci administration, four in all, were defeated, while voters in 2004 and 2016 enacted legislation to increase state school funding, on the latter occasion mandating that it be done through income taxes.

Even after recent reductions, the income tax still brings in more revenue than any other state levy, yet it is not the progressive tax that Gov. Curtis and the Legislature enacted. Through numerous revisions and “conformity” bills, tax brackets and rates have been narrowed to the point that it’s nearly a flat tax for most taxpayers.

Income inequality has mushroomed to levels that couldn’t have been envisioned in 1969, yet our federal and state tax systems are far less progressive than they were back then. Rather than continue to chip away at the income tax, as both Republicans and Democrats have done in recent decades, doesn’t it make more sense to restore Maine’s income tax to something closer to what it was when it received 75 percent support in a statewide election?

The idea that the wealthy will rebel and move to other states if Maine makes its income tax progressive is widely believed, yet there’s virtually no evidence to back it up. It’s far more likely that financially strapped Maine families and young people will depart, in search of better jobs elsewhere, than that those who can afford to live anywhere they choose will suddenly up and leave.

Ken Curtis knew something that a lot of politicians have since forgotten. Perhaps it’s time we started remembering.

Douglas Rooks is the author, most recently, of Rise, Decline and Renewal: The Democratic Party in Maine (Hamilton Books.) He is a former Maine Times editor, daily newspaper columnist, and lives in West Gardiner. 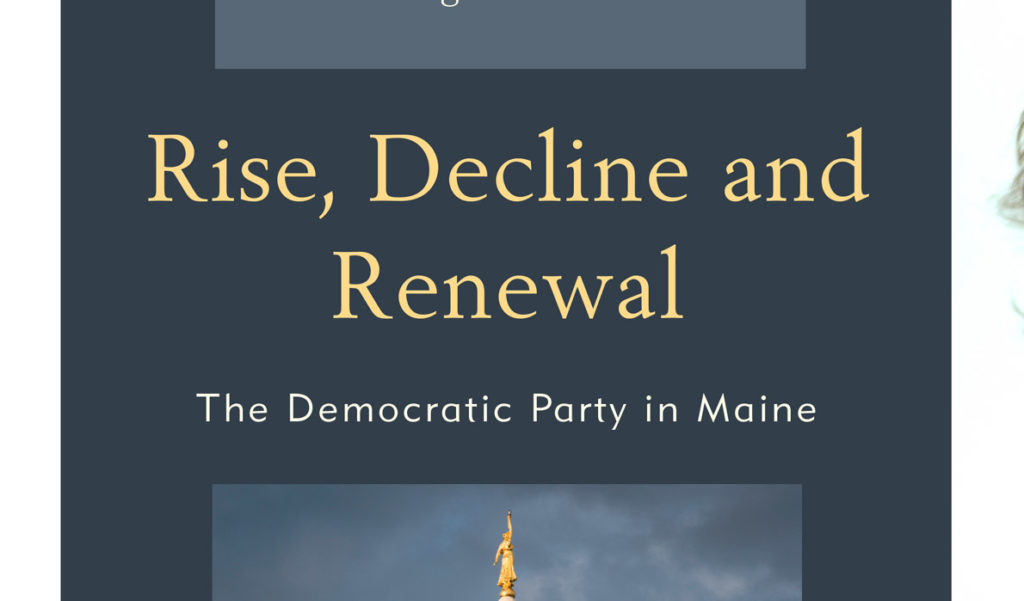