Paul Greenberg is the author of American Catch: The Fight for Our Local Seafood and Four Fish: The Future of Our Last Wild Food. A lifelong fisherman, Greenberg has written for The New York Times, National Geographic and GQ, among other publications.

Greenberg received both a National Endowment for the Arts Literature Fellowship and the James Beard Award for Writing and Literature.

In advance of a July speaking engagement at Penobscot East Resource Center in Stonington, he spoke with The Working Waterfront.

You were obviously compelled by the statistics on the amount of seafood America imports—more than 90 percent. Tell me about the motivation for American Catch.

We’ve had a local food movement in this country for at least ten years, 30 or 40 if you go back to the back-to-the-land movement of the ‘60s and ‘70s. But there hasn’t been much talk about the “back-to-the-sea” movement. It didn’t seem like consumers were taking seafood, and where it comes from, that seriously.

Seafood is the primary way most people relate to the oceans. So, using [writer] Michael Pollan as a model, I thought, “Let’s start with what’s on our plate and work backwards.”

In the book, you describe the loss of coastal habitat that once supported American seafood, and how if we are going to import less we have to restore coastal ecosystems. How are audiences reacting to this story?

People react when I talk about oysters and oyster reefs. It’s literally habitat you can eat. Between when I started writing American Catch and now, the oyster restoration effort in New York has grown. Now we have the Billion Oyster Project, and a new National Science Foundation project to incorporate environmental restoration education in New York City middle schools. And these efforts have informed me.

I think we are in an upward trend in terms of coast-plate connections. It is most noticeable to me in New York City. When I tell people that the average New Yorker ate 600 local oysters every year, their jaws just drop.

But what makes people more shocked is the convoluted nature of our seafood infrastructure, the fact that Alaskan salmon is frozen, sent to China, defrosted and processed into fillets, then refrozen and sent back to the United States. Out of the whole book, those few sentences are what stuck with people. No matter how many times I tweet and retweet it [“Some AK salmon flown fresh 2 US. Others frozen sent 2 China defrosted/boned/refrozen/sent back”] people are shocked.

So where does America fit into the global seafood picture?

We’re at the mouth of the global maw. Ninety percent of what we eat is imported, and 30 percent of what we catch is exported. Seafood is an example of commodities out of control. We need to rethink the supply chain, and form different bonds between consumers and producers.

Do you have an example?

Community Supported Fisheries [CSFs] are an example. I worked on LocalCatch.org, which is attempting to link consumers with CSFs in their area. It’s a positive effort, but CSFs don’t work everywhere. Where supply is down, we have to work on connecting fishermen with aquaculture, and other opportunities on the water.

In New York City, you are working to save South Street Seaport and the Fulton Fish Market. Tell me about that. Any words of advice for Maine fishing towns trying to preserve their working waterfronts?

American Catch ends hopefully at the New Amsterdam Market, an attempt to revive the seaport as part of a larger redevelopment effort by Howard Hughes [Corp]. The market has since been relocated, and new city leaders are questioning the bureaucratic path of the development. There is still talk of a market, maybe involving [food writer and TV host] Anthony Bourdain, but how genuine it will be, how much it will recreate the old spirit is questionable.

I’m more encouraged by other efforts, like Ecotrust’s plans for The Redd on Salmon Street [to transform two city blocks in Portland, Ore. into a local food hub], and work in New Haven, Conn. Fulton might die, but from its ashes other things will emerge.

You’re coming to Maine. You’ve been here before. Impressions of the state?

My new book is about “the omega principle,” which has led me into herring. I’m excited about river herring habitat restoration; everyone points to Maine as a real leader.

It varies with the season. As I’ve gotten older—I think there’s something about being a man of a certain age—I’ve gotten more into oysters. I eat a lot of sockeye salmon.

Catherine Schmitt is the communications director for the Maine Sea Grant program at the University of Maine. Her latest book is The President’s Salmon—Restoring the King of Fish and its Home Waters. 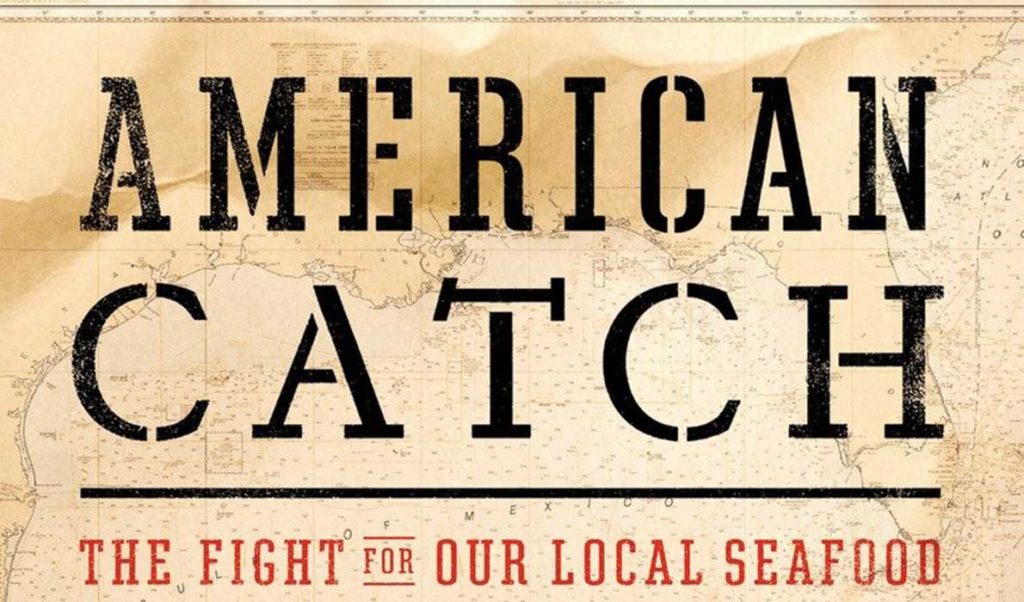