CASTINE — Maine Maritime Academy’s Department of Arts and Sciences will host writer, filmmaker and Castine resident Peter Davis reading from his new novel Girl of My Dreams at 7 p.m. on Thursday, Aug. 6 at BIW Auditorium on the college campus. The novel follows the adventures and misadventures of a young screenwriter who comes of age in the 1930s at the intersection of Hollywood, the Depression and the Communist Party. Set against the backdrop of the central story is an expansive cast of characters. Clark Gable, Marlene Dietrich, the Prince of Wales, Edward G. Robinson, the famous gossip columnists Louella Parsons and Walter Winchell, as well as the legendary San Francisco labor leader, Harry Bridges, all make appearances. So do murder, rioting, sex, conspiracy and deception.  Davis, who grew up in Hollywood, is the son of screenwriters. “I wanted to find out what happened in the Hollywood that existed before I did,” Davis says, “and it turned out the best way to discover that past was to invent it.” The novel has received enthusiastic praise from John Irving, Joan Didion and Richard Russo and many others. Slate and Vogue recommended Girl of My Dreams on 2015 summer reading lists.  Davis is the author of three nonfiction books that were praised by Graham Greene, Robert Stone and William Styron. Davis covered the war in Iraq for The Nation magazine and has written articles for Esquire, The New York Times Magazine, Bangor Daily News and Vanity Fair. Davis is an award-winning documentary filmmaker who received an Academy Award for Hearts and Minds, his film about the war in Vietnam. Girl of My Dreams is his first novel. Maine Maritime Academy is a co-educational, public college on the coast of Maine offering 18 degree programs in engineering, management, science, and transportation. The college serves approximately 975 undergraduate and graduate students in career-oriented programs of study. Maine Maritime Academy was ranked the No. 1 Best Public College and Np. 8 overall on Money magazine’s best college list released last month. The college’s job placement rate is in excess of 90 percent within 90 days of graduation. For more information, visit mainemaritime.edu. 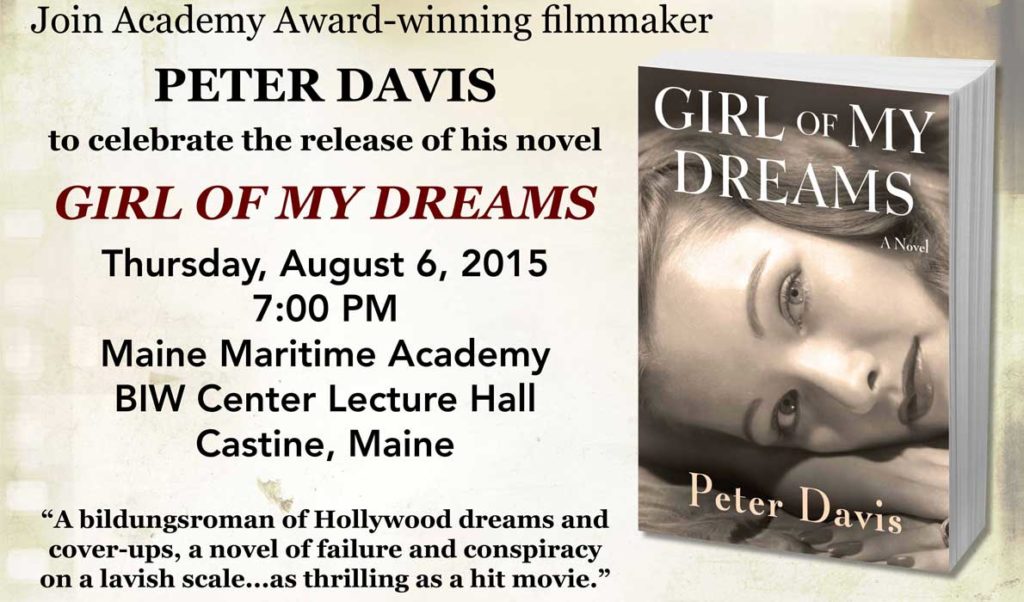