If newspaper readers could be proverbial flies on the wall during meetings at which editors plan news coverage, most conspiracy theories about bias and political agendas would fade away.

I’m reminded (yet again) of a Jerry Seinfeld comedy bit, in which he notes, “It’s amazing that the amount of news that happens in the world every day always just exactly fits the newspaper.”

The truth is that editors must choose what fits in the paper, balancing the often-terrifying need to fill those blank pages with squeezing in several must-run stories and photos.

The internet, of course, has changed that calculation, though editors at daily newspapers still debate what stories get posted to the home page and how long they stay there, and they make choices about which stories are included in email blasts.

I was reflecting on The Working Waterfront’s offerings of the last year, and was struck by how many stories featuring women we have run. It wasn’t by design. There was not a meeting at which someone said, “Did you know that more than half the population is women? We need more stories about them!”

The truth is that women have steadily, though incrementally, stepped into the maritime economy in Maine. A few of our stories have noted that yes, here is a woman working in a job dominated by men, but for the most part, the story, not the subject, has driven the coverage.

Last October’s issue featured a first-person account by Swan’s Island’s Donna Wiegle about her solo motorcycle tour of the Gaspé Peninsula. The November issue included a review of Elizabeth Rush’s Rising, which documents the effects of sea level rise. The book has since been nominated for a Pulitzer Prize, and Rush wrote a piece updating her reporting for our 2019 Island Journal.

The December/January issue had a story about an organization called Sea to Soil, in which two women and a man were converting invasive green crabs into a soil amendment. It was written and photographed by Kelli Park, a young woman who has an interest in pursuing stories about women active on the working waterfront.

Our April issue included a story about a marine hardware store in Gouldsboro owned and operate by a woman, who took over with no background in maritime work or hardware.

In the May issue, we reported on community efforts to restore Waldoboro’s Waldo Theatre—led by two women. That issue also included two stories about women writers, and one on the work of the Friends of Casco Bay, whose executive director, board chair, and “baykeeper” all are women.

The September issue included profiles of a woman raising and delivering oysters, and a young woman bound for college who has lobstered since she was 13, along with a review of Susan Tobey White’s collection of paintings of women who lobster.

The issue you hold in your hands has a profile of Merritt Carey and a story about scientist Stephanie Spera’s study of Acadia National Park’s fall foliage.

I’d also note that three of our four island columnists are women.

The takeaway for me is that I had barely noticed we were featuring so many women who are active in the marine economy, and in coastal and island communities. And doesn’t that mean a kind of victory over stereotypes?

On another self-reflective note, I am very gratified at the response to the reader survey we printed in our last issue. I have read ever one—and we’ve receive about 200 so far—and we’re in the process of tabulating the results, which I hope to share with you.

Thanks for reading, and thanks for being engaged in our work. Nonprofit journalism needs you. 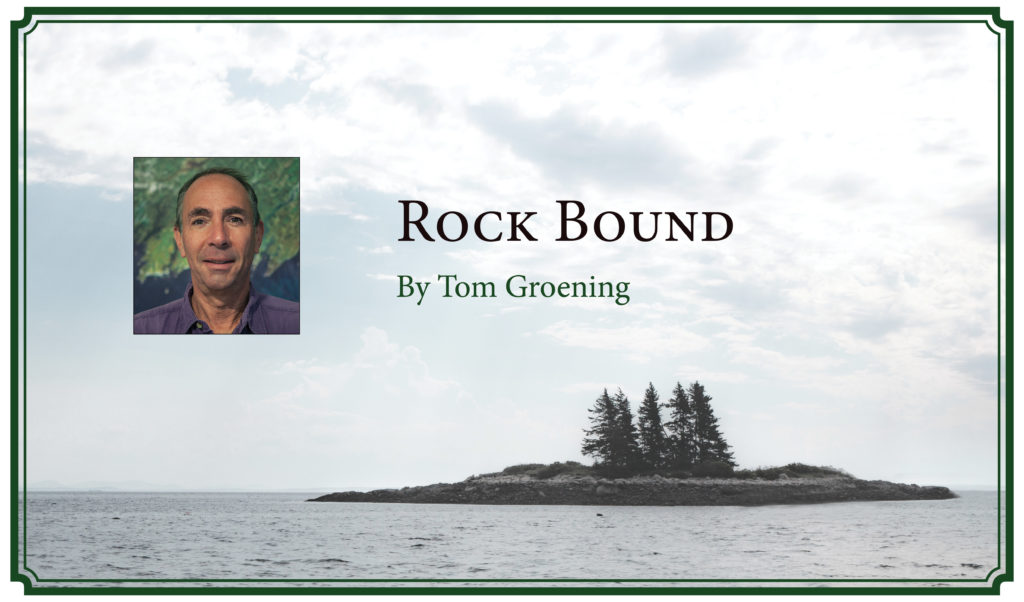