“Predictably unpredictable.” That’s my new answer for people who ask, in the summer, what it is like living on an island in the winter. I used to say “quiet,” which is accurate for much of the time, but it’s not so quiet when the wind is howling. It’s not even quiet when the power goes out because enough people have generators to provide a guttural din of engines until the electricity is restored. (I’m not complaining about generators. I’m very grateful to have one and I would choose its noise over not taking a shower on any day.)

The first six weeks of the year made for a pretty uneventful winter in the Cranberry Isles. No snow and very little wind. Then Mother Nature packed a whole winter’s worth of weather into one week. One storm was a true blizzard with high winds and a 2-foot snowfall with even higher drifts. Skiers and snowshoers were delighted with this turn of events.

Bruce’s snow blower, unused last year, refused to start. Happily, the blizzard snow was extremely light and easy to move around as we shoveled out the driveway and paths to the woodshed and bird feeders.
David and Cindy Thomas took a trip to Savannah, Ga., when the ground was bare. Ten days later they returned to a different landscape. Over 40 inches of snow had fallen during their absence.
The only way to plan for an unpredictable winter on the islands is to plan to be flexible with all plans. With less wind this year there have been fewer boat cancelations, but sure enough, if you plan a trip, you’d better be ready to leave a day or two early, just in case the weather prevents boats from running on the day you plan to leave. That is what David and Cindy had to do to make sure they would be in Portland on time for their flight to Georgia.

Quite a few people take winter trips away from the Cranberry Isles. If you’re lucky enough to have everything go as planned when leaving the island, you still aren’t guaranteed a timely return. Most of us have cut trips short or stayed a day or two longer when it looks like the weather will prevent boats from running on the day we want to return.

For expectant mothers, winter is an especially challenging time to give birth. Just ask Cari and Cory Alley whose baby boy, Isaiah, was born on Feb. 22, ahead of his due date. Everyone is doing well, but they waited an extra day to come home to Islesford when high winds were predicted on the homecoming day they originally planned.

The same flexibility applies to making doctor, dental and haircut appointments in the winter. I’ve found mainland professionals to be very understanding about weather cancelations.
An extreme example of being stranded by winter weather happened in the late 1970s when two elderly people had medical emergencies. Bruce’s grandfather, Mac Fernald, had a kidney infection and an external tube had become detached. Kathleen Lake’s grandmother, May Conlan, had fallen and broken her hip. The temperature was 20 below, with high winds and thick sea smoke. Even the coast guard would not venture out.

Both made it through the night and the weather moderated so they could get off island the next day. They were bundled on stretchers and placed side by side on the engine box of the mail boat. One of the passengers on the boat turned to them and said, “Now you two behave yourselves!” I’m not sure how funny May and Mac thought that was at the time, but what an example of people “toughing it out” to live in a place they love.
Islanders understand the possibilities of being marooned in the winter. I admit that changing plans, due to weather, is challenging. It’s one of the few things that might prompt me to say, “I hate living here.” (Horrible internet service is another, but that is a whole different column.)

For the most part, those of us who choose to spend our winters in the Cranberry Isles make it through because we really like it here, we stay flexible with our plans, we keep a sense of humor about life and we help each other out. It’s actually a pretty good group with whom to be stranded. 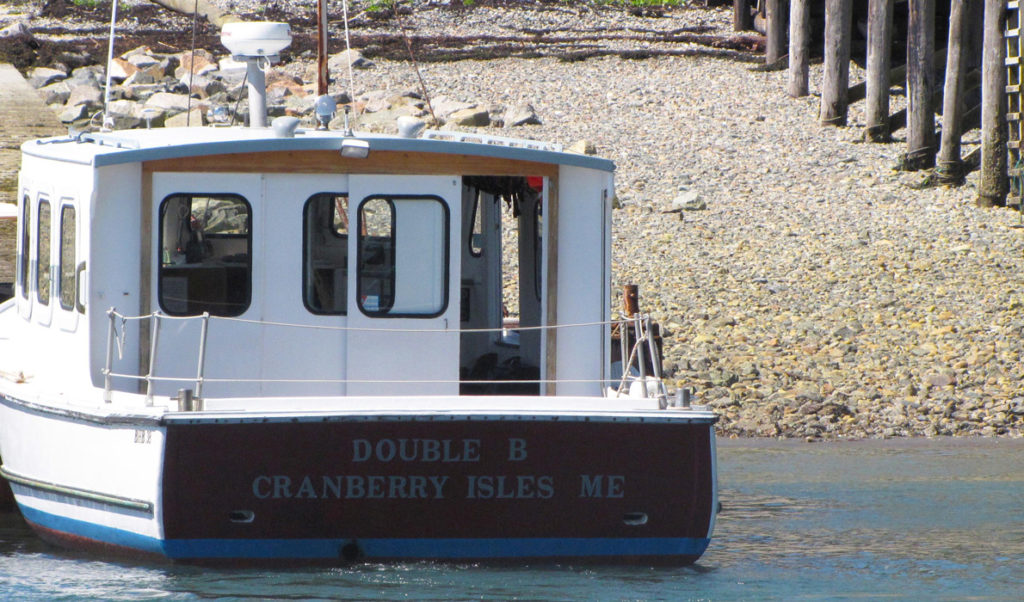