Apparently, the average American household cooking repertoire contains something like 20 dishes which are the backbone of family meals, frequently repeated. I don’t know if that includes take-out fare or pizza, which are usually less common on Maine islands.

Around here, the garden drives seasonal variations so the summer 20 is different from the winter 20. What makes me curious is wondering how households acquire new recipes for the usual round.

Since every year it’s my pleasure and duty to produce 52 recipes for my Bangor Daily News column, I wondered recently how many of them stuck. Since 2010, 520 recipes have flowed through my kitchen and into the “Taste Buds” column.

Of course, I used a few old favorite family and household recipes, but the main premise of the column is the exchange of recipes from readers who share their family recipes, or dishes they concoct or acquire from their friends and neighbors. You’d think that a couple would appeal enough to become favorites here.

Sure enough, they did. It happened so quietly that I hardly noticed until I went back to the recipe lists from each year from 2010 to now, and spotted the handful or so that get repeated for dinner. Over a decade the following, many from island neighbors, have joined the line-up.

Sometime in 2010, I had lunch at a mainland restaurant where I ordered sweet potato and black bean enchiladas. I loved them, and since I grow winter squash I substituted butternut squash for the sweet potatoes. Now I even grow black beans and make the dish with all-island grown veggies.

I remember that 2011 was the year of garlic scape pesto; nearly a hundred garlic bulbs produce a prodigious crop of curly and fragrant scapes which are best tamed into pesto with olive oil, nuts, and parmesan cheese. I freeze some to use all winter. White bean dip joined the family in 2012; homegrown and dried cannellini soaked overnight, or from a can, or shelly beans cooked until soft, whirled in a processor with garlic and olive oil. Mmmm. That was also the year I met the old Maine dish, Bean Swaggon, a kind of bean chowder which I like but make less seldom.

Oddly, nothing stuck from 2013. Shirred eggs were a favorite for a couple months but slipped quickly back into oblivion. But 2014 made up for it with Kathy Kerr’s Lemon Sherbet, and a summer favorite, Mary’s Quick Lunch, featured in Summer Food, the Tarratine Club cookbook published that year. It combines egg salad with grated cheese and a little scallion, and when spread on bread and lightly broiled, sending us off staggering and satisfied.

Grated beets mixed with grated winter squash and made into fried latkes was the hit from 2015, remade from time to time. Cauliflower joined the roasted vegetable pan then, too. Mississippi roast from 2016, a beef brisket cooked long and slow with pickled pepperoncini and Ranch dressing turned out great with pork shoulder, or a whole chicken. Good food for a crowd.

In 2017, I learned how to make a very fine sausage ragu which I like with short rigatoni. And it was the year I remembered a bacon or ham, cheese and apple sandwich I had once in New Hampshire and make now from time to time in the fall when apples are new.

A stupendous cassoulet came into my life in 2018 made with thick pork chops, duck legs, Italian sausage, and luscious, yes, homegrown, cannellini beans. We make it fairly often in winter; one large one gives us three suppers, and a couple lunches, and finally the tender beans on toast.

A self-dressing salad, made by chopping ripe tomatoes and cucumbers in the bottom of a big bowl and adding a little mayo (or oil and vinegar if you wish)  and topping it with salad greens, all of which you toss at the last minute was from 2018. Chard and cannellini soup started out as a way to use abundant chard, but now I grow enough chard to freeze so I can make this all winter.

Asian-style mussels made with coconut milk, Thai style red curry paste plus garlic, lime juice and white wine made a huge impression on me at a birthday party for Sue and Barbara this past year. Zucchini pancakes, said a couple of my readers, became a favorite of theirs.

It is too soon really to make a calculation on what else will last from 2019. Those recipes need another decade to test their endurance. 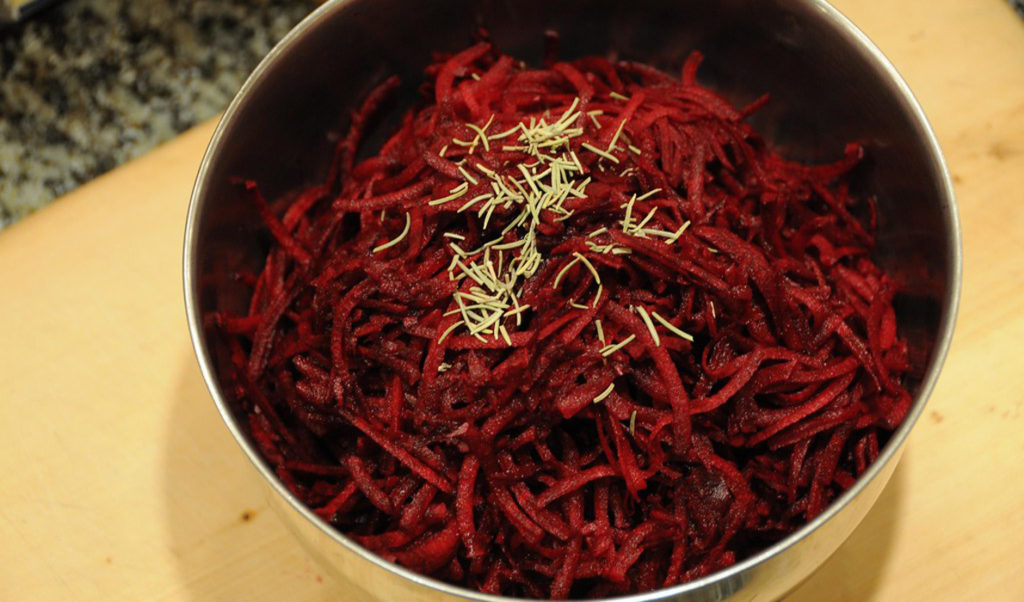