It’s always been a double-edged sword. As prosperity works its way up Maine’s coast—often in sprints and then strolls—the commercial and residential building that comes with it threatens to taint what attracted that investment in the first place.

We’ve all witnessed the rise of strip malls and big-box stores on the outskirts of our downtowns. A handful of gripes about such development leap to mind: competition with long-time downtown businesses; new traffic patterns that cause unsafe roads; the sheer ugliness of many of these buildings.

A speaker at an October session of The Community Institute (a program offered by the Camden-based Friends of Midcoast Maine) suggests an even more troublesome gripe—this “growth” actually burdens the municipality with decades of costs that never come close to being offset by new tax revenue.

In our front-page story this month about The Community Institute’s session, Chuck Marohn explains that an objective analysis of these projects—commercial, industrial and residential—reveals that they put a hole in city hall’s pocket.

In the larger cities in the Midwest where he is based, Marohn found that many municipalities face bankruptcy because of commitments to road and sidewalk maintenance and repair, increased police and fire department capacity, and water and sewer plant upgrades.

We don’t see municipal bankruptcies here in Maine. But the results are just as bad; property taxes go up and up, and working- and middle-class folks can no longer afford to live on the coast. The towns become seasonal, windows are dark in winter, and the feedback loop ends with no jobs and no vitality, reversing what drew the summer folks in the first place.

We’ve been doing it all wrong, Marohn said, and the case he makes is persuasive (see a video overview at strongtowns.org, or search for a version of his full presentation on YouTube).

And the consequences of his conclusions go well beyond aesthetics and annoyances like traffic. Prosperity itself is being squandered, he argues:

Marohn’s depiction of this wrong version of development is bleak. The Walmart store that is vacated when the retailer moves to a bigger location gets passed down to lesser businesses, until finally it’s an empty eyesore. We’ve all seen it, if not in our towns, in communities to our south.

But there is hope. The right way to do development is actually pretty simple—focus on the existing downtown and its periphery. Fix up the existing roads, add some sidewalks, benches, street lights, and offer grants for façade upgrade for those streets that look a bit down and out. It all adds up to pocket change compared to the new industrial or business park.

The Maine version of this strategy should be tied to the waterfront. In many of our coastal towns, what had been an industrial waterfront is still rough around the edges. Or it’s beginning to see investment, but the area is not linked to the red brick buildings of downtown. The remedies don’t have to be expensive, and they certainly aren’t speculative—waterfronts are known to be valuable and they produce wealth.

If Marohn is correct, we’re ignoring thousands of years of accumulated knowledge about how to build in favor of what’s been in vogue since World War II. At the very least, this should cause municipal leaders to pause and reflect. 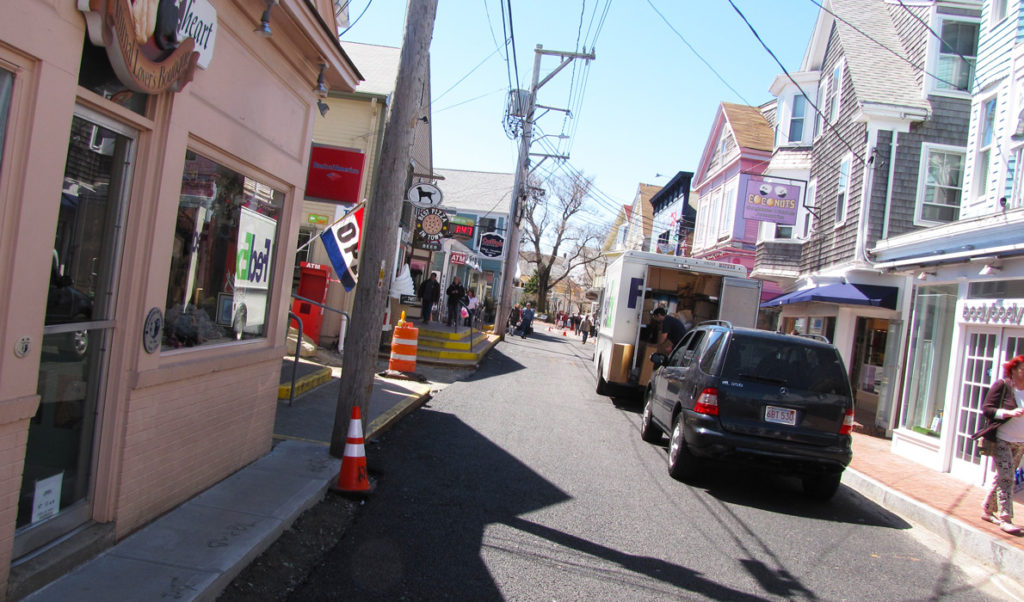