It was an ordinary evening. Dinner was running a little late because my daughter Penrose and I had made chocolate chip cookies after her nap. As I grated zucchini from the late summer garden for fritters and mixed rice and beans, she played follow-the-leader with the dog, crawling behind him between the kitchen bar stools.

A blood-curdling scream split the air.

My husband scooped Penrose up and carried her to the couch. “Get water,” he shouted, panic rising in his voice.

I soaked a paper towel with cold water and ran downstairs to the living room. As Penrose continued to scream, I peered into her blood-filled mouth. It was impossible to tell where the blood was coming from, so I went in with the towel. As I mopped up blood, it became clear: she had slipped and bitten her tongue as she hit the floor.

It looked bad. I got another wet towel and applied pressure to the avulsion, just forward of center. The bleeding slowed, but the wound didn’t look like it was going to heal on its own. Bill got on the phone to the clinic answering service. The nurse practitioner called back right away and told us to come down.

It was just after 7, and the ferry was in the dock for the night. In the back of my head and my husband’s was our fervent desire to not have to take Penrose to the emergency room on the mainland, triggering EMS, possibly causing an after-hours ferry ride and therefore canceling the morning run, and certainly getting stuck in Rockland for the night. Obviously we wanted what was right for Penrose’s precious three-year-old mouth. But especially if we could all sleep in our own beds that night.

The NP had done some research before we arrived, and had a plan.

“I really, really don’t want you guys to have to go over,” she said. We nodded in agreement. “So I found some research that says we can use Dermabond.”

She showed me the document, confirmed that the avulsion was big enough to require closure (the rubric is whether or not one can fit a kernel of corn in the wound, in case anyone was wondering), and set about cajoling a terrified and screaming three-year-old into holding still long enough to drip lidocaine onto her tongue, glue a wound closed, and then let it dry for 30 seconds.

On the third pass, success was declared. Penrose’s demeanor changed as quickly as Maine weather.

“May I have some Bandaids please,” she asked a little thickly through the glue. She left with a handful, and a prescription for popsicles to keep the swelling down.

But where could one find a popsicle at eight o’clock? The grocery store closed at seven and Calderwood Hall hadn’t had popsicles on the menu since 2014. Bill started calling neighbors. The first family wasn’t home, and the second didn’t have popsicles. They knew who would, though.

Bill set out on a mission, and met our neighbor’s mother on her porch where she passed off a sack of popsicles, acquired in bulk from the Schwan’s truck.  He brought them back with an air of the triumphant hunter, and Penrose settled in with an orange one and an episode of Daniel Tiger’s Neighborhood. She was in heaven. She had a second popsicle, a dose of Tylenol, and went to sleep, no longer in pain and more excited than traumatized by the proceedings.

As I tried to quell the adrenaline that had built up, I reflected on the evening. We were spared a trip to the mainland emergency room because of our nurse practitioner’s innovation and understanding of the challenges that trip would cause. We were able to find popsicles even though the store was closed because our neighbors are our friends, and were more than willing to help us out and share their stash. The distance from the hospital, the lack of grocery store options, those all could have conspired to make an even rougher evening.

But our island’s community spirit came to the rescue once again.

Courtney Naliboff is a teacher, writer, musician and member of the island EMS crew on North Haven. 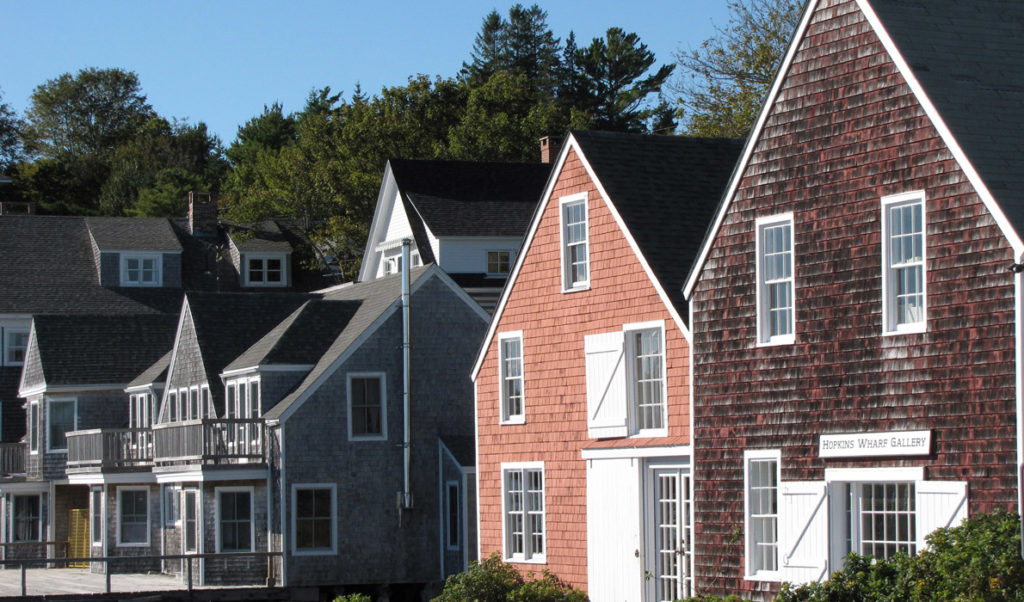