North Atlantic ocean currents that are changing because of global warming could be contributing to changes in weather patterns in Maine, scientists say. Melting Greenland and Arctic ice will bring more change and contribute to localized climate-related impacts, they predict.

Scientifically, these currents are called the “Atlantic Meridional Overturning Circulation,” or AMOC system.

The Gulf Stream, which brings warm water to the north in the Atlantic’s upper layer from the tropics, is part of the AMOC. Two other components are the cold, dense water that forms around Greenland and then the southward flow of that cold water toward the equator in the deep layer called the “Deep Western Boundary Current.”

A report from the Potsdam Institute for Climate Impact Research in March 2015 asserted that this circulation system has been weakening since 1975 at unprecedented rates.

“Further melting of Greenland in the coming decades could contribute to further weakening of the AMOC,” the report says.

If current trends continue, the report says, freshwater input from Greenland’s melting ice might lead to further weakening of the circulation system in the next decade or two.

When components of that engine change, consequences throughout a large geographic area follow.

“We’re seeing variations in how that functions and moves heat north-south, east-west, and up-down in the ocean,” Pershing said. “In any place in the ocean, you’re going to see that changes in circulation are going to have an effect on the ecosystem in those regions.”

Variable circulation is nothing new, he said.

“You have years where you have a lot of that overturning and years where it’s weaker,” he said.

But recent trends and models, measured by ever-more precise tools, show the decline now underway is of a different order, he said.

“Everything is connected,” he said. “If you push in one place, you get a pull in the other. When the AMOC weakens, you actually get what seems like an expansion of the round-and-round lateral circulation, rather than the rising and falling, which is the overturning. So part of the decline is also a northward shift in the position of the Gulf Stream.”

These trends are associated with a warmer Gulf of Maine, the arrival of warm-water marine species, the northward shift of cold-water species, and storm intensification.

“There’s some speculation that the really warm water we had in the Gulf last January helped fuel the big snows that Boston had in February,” said Pershing.

Since 2004, the rate of warming accelerated to 0.41 degrees Fahrenheit per year, a rate that’s faster than 99 percent of the world’s oceans. It’s unclear whether the weakening AMOC will hasten that rate, said Pershing.

“New climate models suggest we’re pretty much on the rate we expect to see this century,” he said. “But there’s going to be a lot of variability around that trend.”

Could the Atlantic circulation system stop all together?

“This is something people were worrying about ten years or so ago,” said Pershing. “It received serious attention from climate scientists.”

Ocean scientists, said Pershing, point to an extreme example of how freshwater can interrupt the system. Abrupt climate warming occurred 11,500 years ago, at the end of an ice age called the Younger Dryas, releasing a tremendous amount of freshwater from Arctic ice into the North Atlantic and shutting down the AMOC. Eventually, melt-water flux abated, circulation strengthened again and the climate recovered, according to NOAA’s National Centers for Environmental Information’s Paleoclimatology Branch.

Little is known about the extent of temperature and circulation changes during the Younger Dryas period, NOAA reports, but “The next decade is sure to bring many new developments on this topic.”

Still, said Pershing, “There’s a pretty good consensus now, from what I’ve read, that the AMOC is not going to shut down entirely, even under catastrophic global warming.” 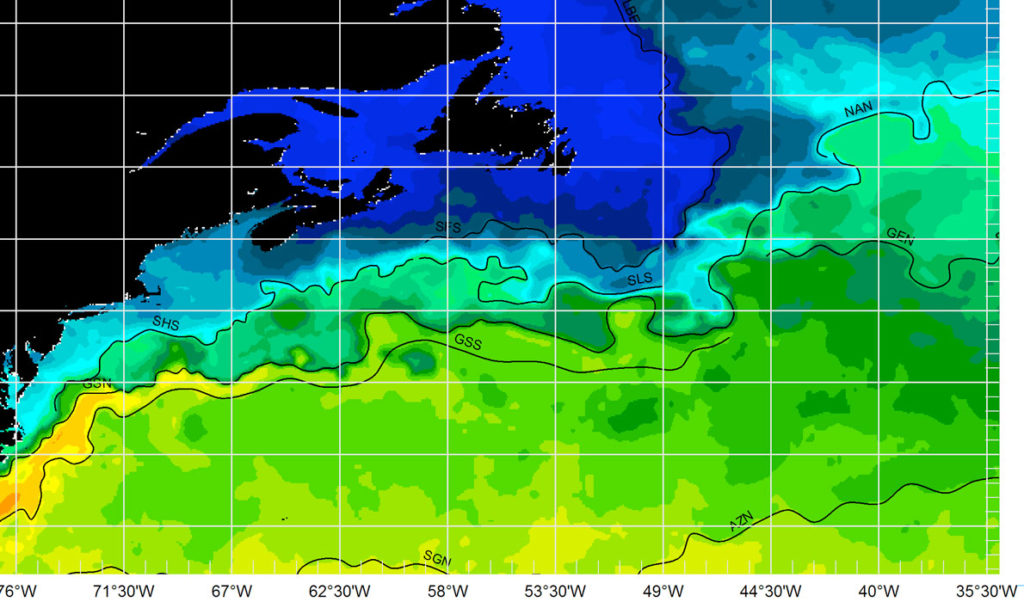