The broad sands of Popham Beach have been battered by storms in recent years, diminishing the distance between dunes and the ocean. But according to a story in the Bangor Daily News, “a new torrent of change is buffeting Popham, this time spawned by the confluence of aging local dynasties and skyrocketing coastal land prices.”

The story notes that some key properties in the historic village at the mouth of the Kennebec River will soon change owners, which has locals concerned about that might follow. Among the business properties listed for sale are the

former Ocean View Campground and Cottages, offered as condominiums, “as well as Percy’s Store, and Spinneys Restaurant and Guest House.”

Summer and year-round residents worry that many of the older, Victorian-style cottages, like the one featured in the circa-1900 photograph above, will be sold and, perhaps, renovated as trophy houses.

In Boothbay Harbor, change along the waterfront is less hypothetical. Paul Coloumbe, who reportedly sold his White Rock Distilleries for more than $600 million, has become an active developer in Boothbay Harbor, building, among other projects, a high-profile resort.

At a mid-October meeting with the town planning board, Coloumbe unveiled his plan to ask for a part of the waterfront to be rezoned. He expects to formally make the request in the spring.

The Boothbay Register reports that the part of the waterfront—from the footbridge to Cap’n Fish’s Waterfront Inn—is part of a maritime and water-dependent zone, “making many of the buildings there legally non-conforming.”

Coloumbe, who owns property on that shore, argued that the town’s “working waterfront, as it exists today, is actually south of that area.”

Residents have expressed fear of the sweeping changes Coloumbe’s developments may bring, while he argues that he is working to keep the local economy vibrant.

“People have fear that ‘Paul Coulombe’s going to come to town and build some big monstrosity’ when it could actually be much better in visibility,” the Register quoted him as saying at the meeting. “We can build something that’s economically viable, promotes tourism, and creates more business for the community, creates more tax dollars, and ultimately more employment. I think it can be a win-win for everybody involved.”

Commercial shipping has played—and continues to play—a large part in Maine’s marine economy. Often, it’s not visible or understood by the general public. Tankers and dry cargo ships can be seen making their way north along the western shore of Islesboro to the Mack Point port facility in Searsport, and similar ships can be seen docking at the port in South Portland.

Maine’s connection to the shipping industry became tragically clear when the El Faro sank in a hurricane off the Bahamas two years ago, killing all 33 aboard, including four Mainers (and a New Yorker who had attended Maine Maritime Academy in Castine.)

The U.S. Coast Guard issued a report in early October finding fault for the tragedy with TOTE Maritime, the ship’s owner and operator; the captain, Michael Davidson of Windham; the American Bureau of Shipping; and the U.S. Coast Guard itself. Up-to-date information about the hurricane was not sought, the crew was not well-trained on safety procedures (the lifeboats were not launched), the crew had inadequate rest, and the aging ship had not been inspected. 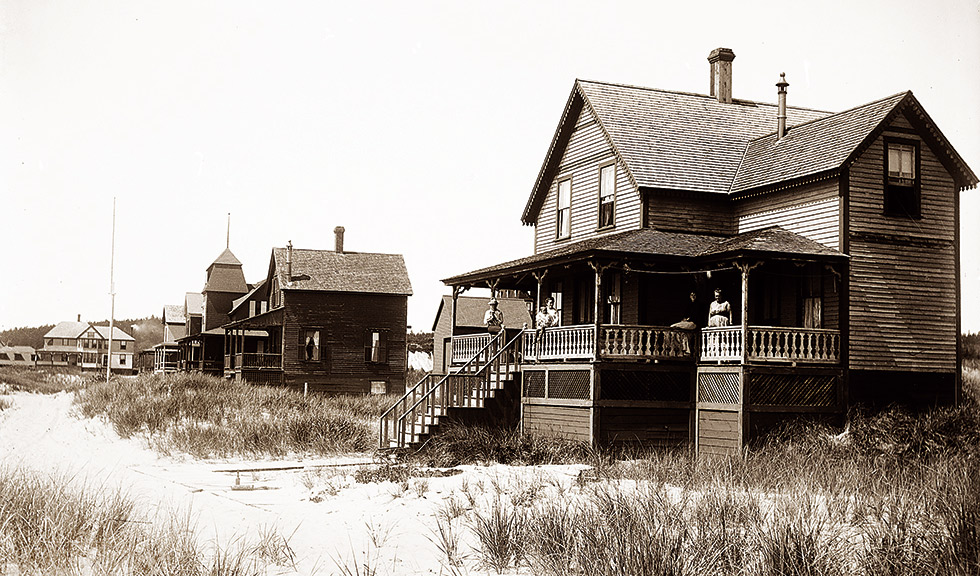