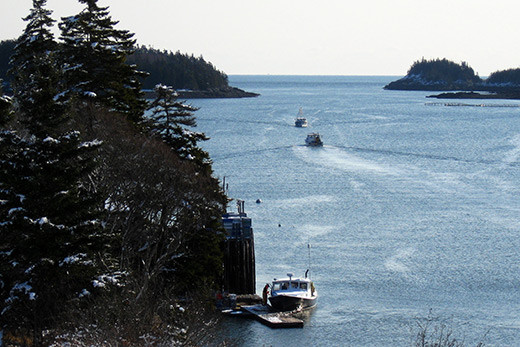 A small harbor west of Cutler.

A plan to polish and market a 125-mile-long driving route through the portion of coastal Washington County known as the Bold Coast is… well, bold.

The plan was drafted after the route—Milbridge to Eastport—was designated a scenic byway by the state Department of Transportation in 2011. The Bold Coast Byway is one of ten in the state. Three scenic byways in Maine have achieved national status, including the Schoodic route.

The DOT provided a $100,000 grant to the Washington County Council of Governments to create the byway corridor plan, and it is now complete.

A map on the website hosting the plan—boldcoastbyway.com—shows the corridor following Route 1 easterly, then heading south on Route 187 to Jonesport, returning to Route 1 then heading south again to follow Route 191, and then taking in Lubec and Eastport.

Among the goals the plan articulates are growing recreational- and cultural-based tourism and marketing the region as one entity, rather than various local efforts aimed at enticing visitors.

The region is often referred to as “unspoiled,” and indeed, there is a sense of stepping back in time a few decades while visiting the small towns along the route. The economy is very much tied to natural resources, and the link between the region’s residents and that economy is highlighted in the plan:

“Active fishing villages, working forests, family farms and prolific blueberry barrens reflect this relationship,” the plan notes, “as people continue to harvest the seasonal bounty of land and sea, much as their ancestors have done for centuries.”

Now comes the hard work, says Crystal Hitchings, a planner with Washington County Council of Governments, who is shepherding the process.

Federal funds were available for other byways, but when the Bold Coast initiative was gearing up, the program was eliminated. The group hopes to land grants from private foundations to continue the tangible work, such as building scenic turn-outs, installing consistent directional and interpretative signs along the route, creating information centers and building public restrooms.

The goals are not pie-in-the-sky dreams, Hitchings says. Maine Office of Tourism data from 2014 shows that 16 percent of visitors to the state explore the region it designates as Downeast/Acadia, which includes Washington County. Of those 9 million tourists, 6 percent venture beyond Mount Desert Island to Washington County, the data shows.

Another bit of survey data supports the plan’s goals: Hitchings said the Maine Office of Tourism found that 40 percent who visited the Downeast/Acadia region “wanted to get to know local people and their culture,” a higher rate than found in other tourism regions.

Hitchings said other studies over the last decade show the value of emphasizing nature-based tourism. Interpretative signs could explain the history of the blueberry industry in Machias and the sardine industry in Lubec.

Most visitors enter the region from the west, so work is being done to establish a gateway in Milbridge or Cherryfield.

The plan also aims to unify a far-flung region and offer visitors a common theme to explore.

“There’s actually a lot here, but it’s so spread out and hasn’t been promoted,” she said. Local groups have created their own “trails” and tourism themes, but the Bold Coast plan’s goal is to link them.

Five years after the byway was designated, Hitchings hopes stakeholders maintain the enthusiasm they showed during the planning process. “The challenge here is keeping the faith alive,” she said. 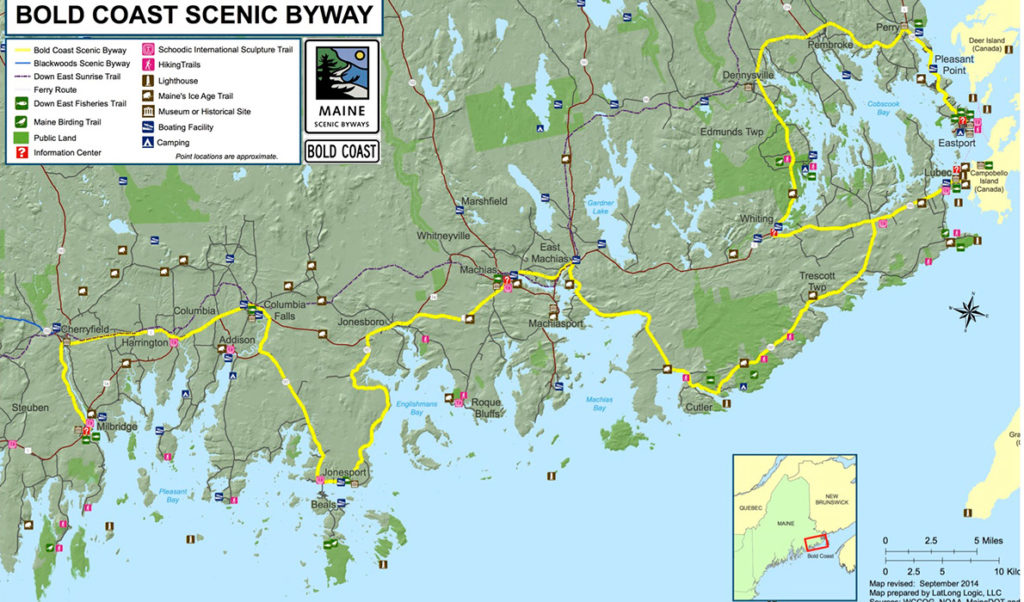