This winter was the fourth consecutive year of a moratorium on fishing for northern shrimp. Management of the fishery remains a subject of discussion.

The small, sweet northern shrimp are an Arctic species, and are at the southernmost extent of their range in the Gulf of Maine; warmer years spell bad fishing for shrimp.

We have experienced ups and downs in this fishery before.

During the warm spell in the early 1950s, northern shrimp were effectively commercially extinct. When favorable environmental conditions returned, they recovered quickly. By the 1960s, we had a booming fishery. In the late 1970s and again in the late 1990s we experienced stock declines again, probably due to a combination of over-fishing and warm temperatures, followed by rapid recoveries.

Shrimp only live for about five years, and spend their first two years as males before becoming females. This means three bad years in a row effectively destroys their ability to reproduce. But it also means that one or two strong year-classes can quickly rebuild the stock and support a fishery.

A lot of fisheries are managed based on what is called a stock-recruitment relationship, or the relationship between the parental stock and the new year-class, with more parents producing more offspring. Dr. Anne Richards and her colleagues at the Northeast Fisheries Science Center looked at the stock-recruitment relationship for shrimp and found it to generally hold true. She also looked at temperature and found that warm years in the Gulf of Maine were associated with fewer shrimp. In fact, starting in 1999-2000, temperature became the more important predictive factor for overall stock health.

With this information in hand, it became apparent that scientists needed to incorporate ecological parameters, such as temperature, into the stock assessment models, rather than relying solely on size of the parental stock to predict the new year-class strength as they had previously done.

About every five years the stock assessment for northern shrimp is peer reviewed to ensure the best available science is used to manage the fishery. This last happened in 2014, and the models used did not pass review. They did not include temperature as a predictive factor. Since then, researchers at the University of Maine in Dr. Yong Chen’s laboratory have refined a model to include temperature, thoroughly tested it, and published it in peer-reviewed journals. If this model passes the next peer-review scheduled for early 2018, it will probably be incorporated into future fisheries management.

Managers are now actively discussing the options for the fishery in a warmer ocean. Is there still a place for a smaller fishery in the Gulf of Maine, like the small cod fishery that is currently allowed, or should the shrimp fishery remain closed altogether?

If there is a chance of a return to cooler climate conditions, we could wait for the shrimp population to return to a substantial size that supports a fishery as we have had in the past. If this isn’t likely, should we allow ourselves to catch what remains of the population?

While these questions loom, the way in which the fishery is managed (when and if it is reopened) is up for change. Managers are considering allocating for catch quotas for Maine, New Hampshire and Massachuetts, rather than one quota for all three states, which would allow states more flexibility in how they manage their fisheries. They are also considering the mandatory use of size-sorting grate systems on trawl nets to minimize the by-catch of small shrimp.

The fate of the 2018 shrimp fishing season remains an open question.

“The last several surveys have been very disappointing, with below average recruitment,” said Maggie Hunter, a marine resource scientist at the state Department of Marine Resources. The three worst years on record were recorded in the last five years.

Data on the size of the 2016 class is eagerly awaited.

Managers are paying close attention to the four-year-old shrimp caught this winter. This 2013 year-class was unusual—many matured to female a year early, so this was their second year of hatching eggs. It remains to be seen if they will be all worn out from an extra year of reproducing or if they will return and reproduce for a third year. 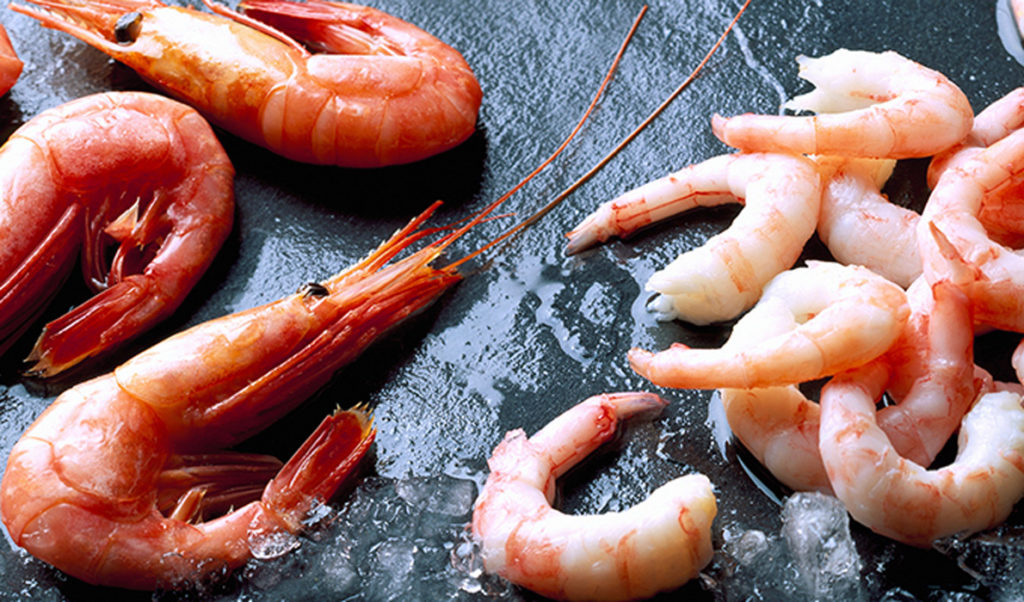