If you are reading after Labor Day, you might be thinking, “Ahhhh. Now I can breathe!” The small space in our lungs fills and empties automatically, about 23,000 times a day, though it is surrounded by a swirling variety of activity and emotions.

One Sunday in July two different families on Islesford planned events to take place outdoors at two different locations and different times. One was the graveside memorial service for Dennis Fernald, who grew up on the island to become a pilot, traveling the world, yet always returning to touch base with his island home. The other was the wedding of Randall Rodakowski and Olive Isaacs, a young woman who spent childhood summers on Islesford and whose family owns a home to which she, too, returns.

While this summer has been exceptionally beautiful and very dry, that particular Sunday was showery and cold. The solution for each family was to move their ceremony to the Islesford Congregational Church.

Bruce and I attended both events. The first was a poignant celebration of life, at its end, as people shared their memories of an island son. Only four hours later we re-entered the church for Olive and Randall’s marriage, a celebration of new beginnings.

Throughout the ceremony I quietly marveled at the experience of occupying the same graceful wooden space for two emotionally opposite occasions in one day. Later, when people asked about the wedding, I described how fun and perfect it was, but also mentioned the curious dichotomy of the two events only hours apart.

When our neighbor Kate Muzzy knocked on our door, she had a suggestion. “I just wanted to say that I think the idea of occupying the same space for such contrasting experiences would make an interesting column.” My response was probably less than she had hoped for, as I said, “Um, thanks. I just handed in my July column and I won’t be thinking much about the next one until after our son’s wedding in two weeks. But, I appreciate the idea and I’ll keep it in mind.”

Whether she’s working or on summer break, Kate is friendly and upbeat. She was undaunted by my lukewarm reaction.

“Well, just an idea that came to me. I guess it’s the English teacher in me,” she said, as she smiled her way down our front steps.

Once we got home from our son’s wedding I found that Kate’s idea had lodged itself in my mind. For two months of the year our little islands increase in population by many times their winter numbers. Our finite space experiences a summer-long flood tide of humanity arriving as summer property owners, renters and day visitors.

For those of us who experience the quiet of an island off-season, with 50 to 70 residents, this is a loud and busy transformation with the potential to be fun and crazy. To those who live in cities and face hour-long commutes amid three lanes of exhaust and steel, our busy island feels like a quiet haven.

It is no exaggeration that an August walk to the dock takes at least three times as long as it does in September. You can’t help but run into several people you know. Either they have just arrived and are excited to catch up on a year’s worth of news, or they are active in the next event to take place at the Neighborhood House or Ladies Aid and they need to pin down one little detail, “If you just have a minute.”

Our islands are not the only ones to experience such drastic changes. I had a phone call from my pharmacist, Donna, at the Hannaford in Bar Harbor.

“I’m ready to mail out that prescription if you want to give me your payment information,” she said. I thanked her, but I had a few errands to run the next day in Bar Harbor so made plans to pick it up instead. “Get ready to circle the parking lot three times before you find a spot!” she responded. Because of the park’s centennial celebrations and the lower gas prices, there seem to be more people than ever.

Our same old places have such different moods, depending on the time of year. They fill up, empty out and eventually fill again with the reliability of breath. I wouldn’t want it any other way.

Those lucky enough to be here after Labor Day know the islands have been breathing in all summer. So have we. Packing in more activity than we’ll see again for months and months. Go ahead, take a deep, deep breath, hold it, then let it out and slowly lower your shoulders. You just might feel the calm that comes with the big exhale that is September in the Cranberry Isles. 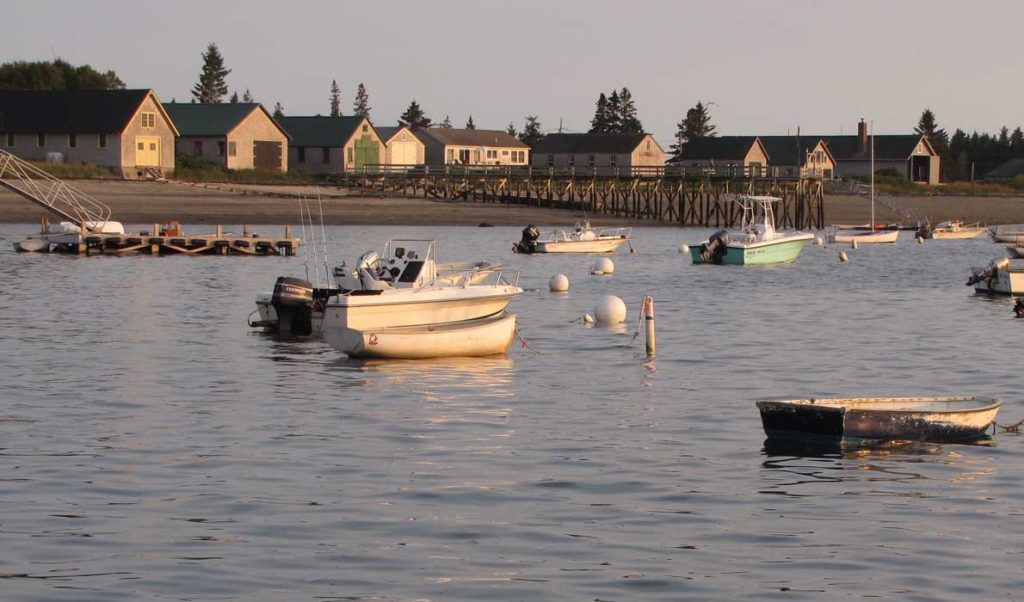