Yes, we have internet, but…

That’s the response from business owners, healthcare professionals, educators, and more, with the “but” being that speeds fail to keep up with demand. And that gap is why the state should help build a broadband network, say proponents of a July 14 referendum question that seeks approval for borrowing $15 million toward the effort.

In recent years, borrowing proposals by legislators of up to $100 million for broadband work have failed to make it to the ballot. And while $15 million is a relatively small amount in the context of state bond initiatives, proponents explain that the funds would leverage significantly more money from federal and local governments, as well as from private sources.

In January, ConnectMaine, a state entity charged with expanding broadband—which is defined as internet speeds of 25 megabits per second for downloads and 3 mbps for uploads—published an action plan that made the case for approving the bond.

“Broadband is now a necessary asset to attract and retain businesses and residents in Maine. Most rural communities do not have access to viable high-speed connectivity,” the plan noted, and this “limits their ability to develop a strong workforce, incubate innovation, create an environment to attract new residents and businesses, and support seniors and others to stay in their homes.”

The $15 million would be distributed in grants to community efforts over the next few years, said Kendra Jo Grindle, a community development officer with the Island Institute (publisher of The Working Waterfront), who works on local broadband initiatives.

A total of $45 million in funding, including other sources, could be brought to bear, she said, if the bond is approved. The scoring system anticipated to award grants will give priority to rural areas, Grindle added.

And rural areas are where the gap lies.

density and limited scale make it unprofitable for the private sector to expand their networks with private investment only.”

Michael Clark, a family physician who lives in the Lincoln County town of Bremen and has his practice in nearby Newcastle, finds internet speeds hampering his work in the office and when he works from home.

“Our electronic health records are hosted on the internet,” he explained, and usually, access to those records is available at the office. But when he’s on call at home—at least one day a week—the connection is poor. That means information about a patient’s medications, allergies, and medical history are not available.

With stay-at-home orders in place, Clark relies on a web connection to consult with patients.

“This is the only platform we have for seeing patients now,” he said. But with poor internet speeds at his home, the doctor is using phone calls, and “I can’t see the thing they want me to look at.”

When the pandemic eases, Clark believes consultations over computer screens will be more prevalent than before the virus changed life.

“I think that going forward, it’s going to be something we rely on,” he said, especially for elderly patients for whom travel is difficult.

“It’s kept people out of the ER. It’s a healthcare productivity issue. It’s a safety issue. Telemedicine is not going to go away,” he said. “The stability of the internet is critical.”

In the education realm, Bobby Deetjen also sees much of the current use of web-based interaction remaining after the virus recedes. Deetjen is soon to take over as director of the Midcoast School of Technology in Rockland.

“More devices are going home with students,” he said, and predicted that remote snow days, when teachers and students continue to do work, even when storms close the road, will expand to many districts.

Even before the virus, students struggled at times to get what they needed from the internet.

“Students in the design technology program are working on projects that are pretty complex,” and connectivity was slow. “The high-use times are challenging.”

Now, with virtual meetings being the norm, a quarter to a third of teachers lose connection during their 9 a.m. Zoom call, Deetjen said.

“We talk a lot about equity in education,” he said, and the lack of high-speed internet tends to hold back students in rural locations.

Small business owners in remote locations have long said the lack of broadband has hampered growth. Whether it’s the inability to process credit card sales or the challenge of sharing designs and plans with clients, reliable uploads and downloads have become essential components in the marketplace.

Jeff Boulet, a web designer and developer, moved to St. George in 2012. He met many of his neighbors by going to the library to try to access the internet and get client projects done.

“In the past there were times that a client would tell me that they were sending me something that evening,” Boulet explained, “so I’d get in the car and go to the library parking lot to do work and send emails from my car. You can do that for a little while, but it’s no way to live.”

The nuts-and-bolts of building a broadband network likely will vary, depending on a community’s make-up and needs, say the Island Institute’s Grindle and Nick Battista, the organization’s policy director. There already are models in Maine of communities borrowing to build fiber-to-the-premises systems—such as Islesboro—and those that work with a private provider to secure universal access for businesses and residents.

“They need some catalyst to get them there,” said Grindle.

“Take” rates—the percentage of residents and businesses in a community willing to commit to paying a monthly fee for broadband service—“are necessary to make the funding work,” Battista said.

“Community engagement is the path to take rates,” Grindle added. She works with rural towns to help them win over skeptical residents.

“Every community in Maine will have a different solution to those challenges,” according to ConnectMaine, and its approach “is based on a community planning model. Communities, whether a single town, a group of towns, a county or some other compilation, must be firmly in the driver’s seat in determining their own broadband destiny.”

Yes, $15 million will not achieve statewide broadband, Grindle says, but just as bond issues are perennially on the ballot for road, bridge, and port work, the state’s digital infrastructure also will need ongoing funding.

ConnectMaine’s plan has the state contributing 25 percent of the total cost of broadband expansion for rural Maine.

The plan recommends completion of the program by 2025, with Maine’s investment $200 million. Bringing high speed connectivity to rural Maine is relativity cheap, given the economic payback, estimated to be at least a 4:1 return, according to ConnectMaine.

“Access to high speed internet is extremely important to daily life,” said Battista. “We can help all Mainers, and particularly in rural areas, who don’t have access to reliable internet service if we invest now.” 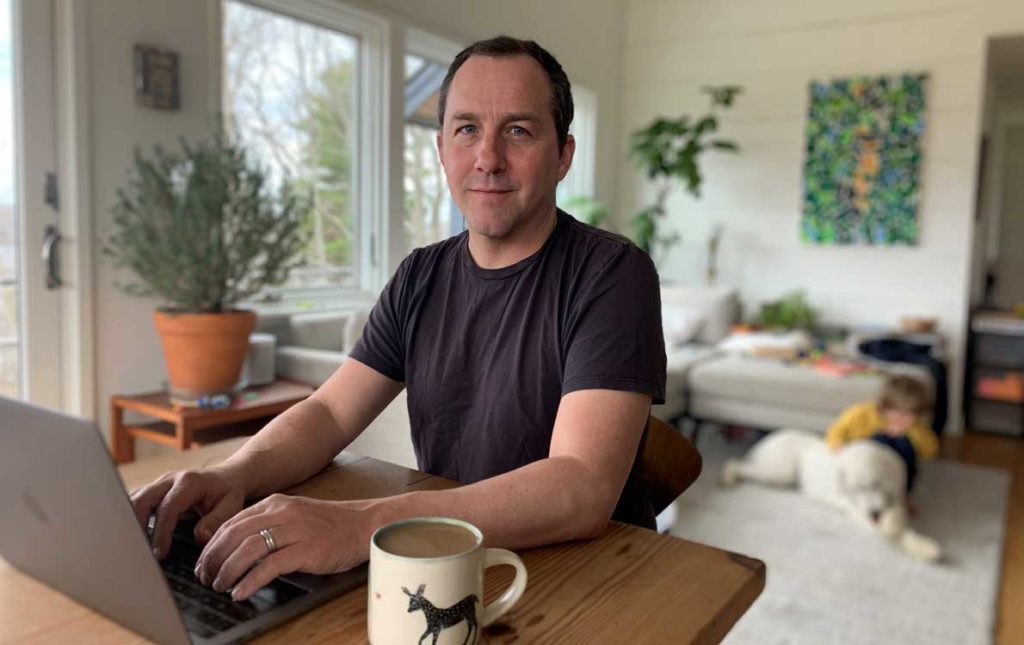