VINALHAVEN — Citing the burden of maintenance costs, the town has decided to transfer its ownership of Browns Head Lighthouse to a nonprofit organization whose mission is to preserve the historic beacons.

An attorney for the island town is in the process of drafting a quit-claim deed through which ownership would be transferred to the Owls Head-based American Lighthouse Foundation, town manager Steve Eldridge said in early July.

The town took ownership of the lighthouse about 20 years ago when the U.S. Coast Guard began divesting itself of lighthouse buildings and grounds; the Coast Guard generally continues to maintain lights and fog horns deemed necessary to safe maritime operation.

The lighthouse, which is perched on a ledge at the northern end of Vinalhaven overlooking the Fox Islands Thoroughfare, was first built in 1832. The building now on the site was built in 1857. In recent years, the keeper’s house has been the residence of the island’s town manager, part of the compensation package.

Eldridge is residing in the house, which has two second-floor bedrooms and a living room, dining room and kitchen on the first floor on a 6-acre site.

“It’s very nice inside,” he said. The lighthouse is actually closer to North Haven village, but downtown Vinalhaven is only a 10-15 minute drive away, he added.

Along with the light, the facility has a fog horn.

“Oh, yes,” Eldridge said emphatically when asked if the horn was on site, but then added, “It actually isn’t too bad.”

Maintenance concerns include a furnace and oil tank that need to be replaced. There had been a tank in the parking area, Eldridge said, which fed the furnace in the basement through a pipe, but the pipe rusted. A small spill resulted, but a grant from the Environmental Protection Agency paid for the clean-up. A retaining wall also needs to be improved.

The terms of the transfer from the Coast Guard to the town mean it cannot be sold. Selectmen had no interest in trying to rent the house by the week or month to generate income, Eldridge said.

Bob Trapani Jr., director of the American Lighthouse Foundation, said his group owns three lighthouses and cares for 17. Two of the three the group owns are in Maine: Whaleback, off Kittery, and Little River, off Cutler.

Though the lighthouse foundation will hold the deed for Browns Head, the original covenants that were attached when the Coast Guard gave up the property still apply, he said.

The foundation formed in 1994, and is funded “mainly through private donations,” Trapani said. All the lighthouses the organization maintains are in New England, and it works to create or join with local chapters to coordinate volunteer work.

“Your biggest challenges are stabilizing these properties,” he said.

To date, the American Lighthouse Foundation has invested $3.5 million in restoration work. After ensuring the buildings and site are in good shape, a five-year plan will be developed for Browns Head.

“It’s a beautiful spot,” he said of the property. “It’s part of the island heritage.”

Education programs could be offered through the lighthouse, perhaps in conjunction with local historical societies, Trapani said, and the house could be rented by the week or month. The Race Point Lighthouse on Cape Cod, which is managed by the foundation, is available for such stays, he said. 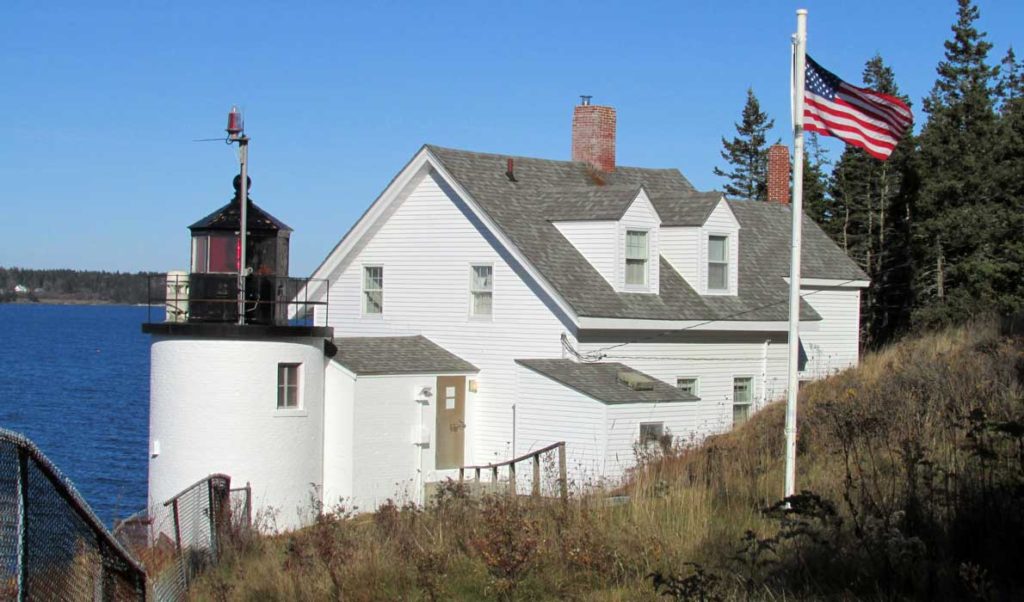