Though it is 13 miles offshore, the island community of Vinalhaven functions much like a mainland coastal town. With a year-round population of 1,200, it is the most populous of Maine’s island communities, and it features a compact, attractive downtown.

That downtown was the subject of community-wide scrutiny, reflection, and discussion, which led to the recent publication of the Vinalhaven Downtown Master Plan. The master plan process, which included ten theme-based meetings, sought and received substantial input from residents and downtown business and property owners. The results included recommendations on how to protect and improve the 1.4-mile-long stretch of street from the ferry terminal to the public library.

The committee and the many residents working on the plan identified three essential economic components: fishing, seasonal, and year-round.

According to the report, the downtown provides 110 year-round full-time jobs and 102 seasonal jobs for a total annual payroll of $3.3 million, representing about 12 percent of the island community’s economy, the report states. That 1.4 mile stretch includes 40 apartments and 14 single-family homes, housing about 100 people. The downtown also contains all the island’s retail and restaurant businesses. 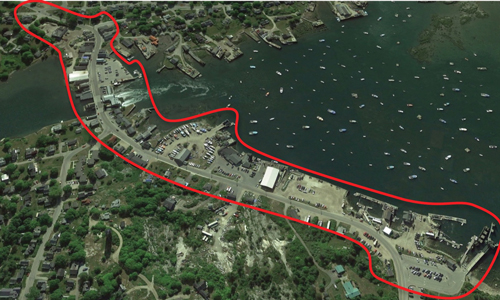 The plan aims to “anticipate future changes and retain our community values,” while also supporting “our aging relatives, families, (and) young people…”

Gabe McPhail, a part-time town employee who focuses on planning, said the goal of drafting the plan was “to make this downtown much more user-friendly,” while acknowledging that achieving that goal is hamstrung by the fact that “we don’t own everything.”

Transportation concerns and the emphasis on better sidewalks were obvious points of focus, she said.

“That one didn’t surprise me at all,” McPhail said. “Like most of Maine, we have an aging population,” but if sidewalks are too narrow or uneven, they pose hazards. “You have to be able to push your stroller down the sidewalk.”

And though it is a short walk from the ferry to the downtown, sidewalks and signage do not make the journey welcoming or clear.

“We have an entirely walkable community, yet most people don’t walk because we don’t encourage it,” she said.

Parking as a planning priority did surprise some participants, McPhail said. A large parcel that fronts on Carver’s Harbor is devoted to parking and is used by fishermen to load and unload their gear, but it has its shortcomings.

“Is that the highest and best use of that property?” is a legitimate question to consider, McPhail said, especially given that “it doesn’t meet all our needs in the summer.”

And rising sea levels further threaten it, she said.

“It is one of the areas that floods most often when we have high tides.”

Throughout the process of looking 30 years ahead, the town must consider the impacts of rising seas.

“Are we seeing a 3-foot sea level rise downtown? Some studies show that,” she said. But a fix isn’t as easy as raising the sidewalk. “When you raise a sidewalk three feet, you have to raise everything around it.”

Those rising seas may force the town to consider a hard choice—relocate the downtown, or adapt.

“We’re doing this because this is what has to be done right now,” McPhail said of the master plan’s conclusions. Then, the town must prepare for the next set of pressing issues.

“If we were to not do anything, and then imagine the 2050 plan? I can’t imagine anybody would be in favor of that.”

The plan lists the many year-round and summer residents who worked on the plan, and McPhail notes especially the contributions of George Kendrick, a former summer resident who now lives year-round on the island. She also stresses that the master plan is not prescriptive, but rather provides a road map for investments that might be contemplated.

The next step will be seeking funding for more planning and engineering. 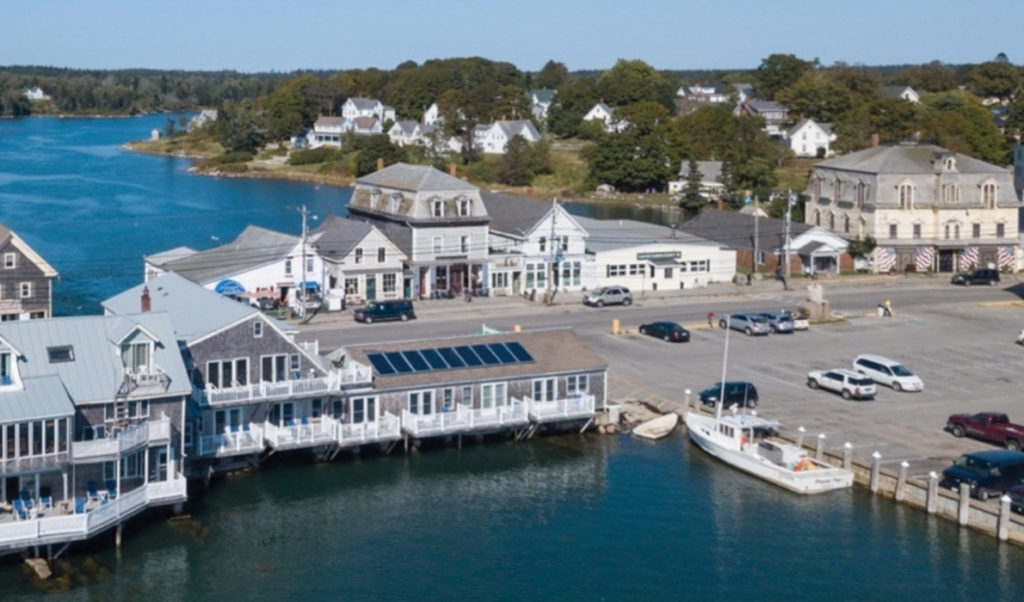 A view of part of Vinalhaven’s Main Street