Resettling refugees is one of the biggest hot-button issues of our time. Here and in other countries, many fear an influx of refugees, citing heightened risk of terrorism and overpopulation.

After taking a Brown University class on capitalism, colonialism, and the systems that govern the world, Drury became interested in the plight of migrants in the “Jungle” refugee camp in Calais, France. She was deeply troubled by what she learned, so she decided to act, and spent two-and-a-half months over the last year working at the now defunct camp.

“I saw Calais as an opportunity to address some of this global inequality,” she said in an email from Brown University, where she is a senior. Drury believed she could take “the great privileges I have been given” to help those “who are most marginalized and vulnerable,” she explained.

“I went to Calais because I heard about something I could not accept and followed the situation until I found something that I could provide concrete assistance to,” she wrote. 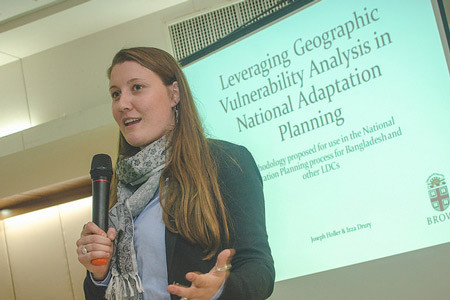 During her time in the Jungle, Drury worked in Little Ashram Kitchen, the smallest of five kitchens in the camp. The kitchen served 600 hot meals a day, compared to the 2,000-2,500 meals a day served by the larger kitchens.

Meals included rice and dhal (a traditional Indian dish made primarily of lentils and spices such as curry), beans on toast, and salad, and tea and coffee throughout the day. Drury’s specific tasks included distributing hand sanitizer in the meal lines, washing dishes, and crushing cardamom for tea.

More importantly, said Drury, “I really felt like we weren’t just an aid spot, we were facilitating community,” in a place where community could be hard to find. “If you provide that space,” Drury continued, “people will be able to interact in a productive way.”

When the kitchen wasn’t serving food, it was often used as a social meeting space. Little Ashram was a place refugees and volunteers could meet for English lessons, card games, and music nights.

“One of the most important things I discovered,” said Drury, was that it was “one of the most diverse places I’ve ever been.” She met people from Sudan, Afghanistan, Eritrea, Pakistan, Iran, Syria, Egypt, Ivory Coast and Gambia, among others. Drury is still in contact with many of the friends she made in Calais.

“I think the people I met in Calais are some of the most amazing, resilient, and incredible people I have ever met and I will be forever changed by them and their work,” she said. “At this point I have stopped differentiating between which were ‘refugee’ friends and which were ‘volunteer’ friends because we’re all now in different places doing different things, and it’s now just really great to have friends from all over the world.”

Drury will graduate this spring. After a summer at home on Vinalhaven, she will head to Athens, Greece where she will volunteer at a community center with one of the friends she made in Calais.

“I will be joining the center and working in whatever capacity is needed when I arrive,” she said, “most likely in food preparation, distribution, or logistics.”

For those who may have the inclination to help, Drury suggests education.

“The best and most important way to help migrants in Europe is to educate oneself about the situation and what the factors are that have led these people to flee their countries and why countries in Europe and the U.S. have refused to help,” she said.

“People who would have otherwise been resettled to the U.S. are still stuck waiting in camps where refugees stream in every day. It is unlikely that anytime in my lifetime there will not be migrants in Calais and other ‘hotspots’ along borders.”

Finally, Drury noted that the time she gave volunteering at the Calais Jungle was more than worth it.

“It was a really inspirational opportunity to meet and interact with a lot of people from a lot of places. It was not necessarily (the volunteers) just giving. It was us receiving as well,” she said. 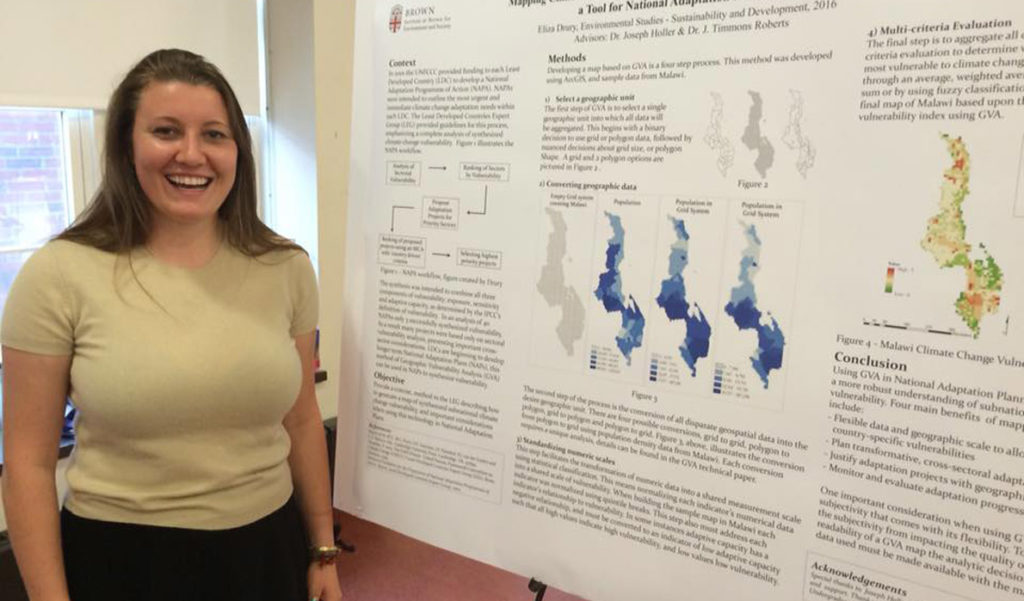