Despite its three-story ice-making plant at the seaward end of the Portland Fish Pier, Vessel Services Inc. is almost invisible to passers-by at the other end, along bustling Commercial Street.

But for crews of the two dozen groundfishing craft and 100 or so lobster boats that operate out of Portland Harbor, this purveyor of ice, marine diesel, and supplies is a much-sought destination.

“Vessel Services has the most important role on the waterfront,” says David Townsend, who’s fished commercially from Portland and Boothbay Harbor for 35 years. “They’re the backbone of it all.”

“It would be difficult to get along without Vessel Services. Life would be pretty hard,” he says.

Turner comes primarily for fuel. But ice is also big business at VSI. At its peak, the company sold over 25,000 tons of ice annually, says CEO Alan Tracy. That’s enough to fill 15 Olympic-size swimming pools, and then some.

Besides the Portland fleet, boats up and down the Maine coast flock to the Fish Pier for ice. Since the 2013 closing of the O’Hara Corporation ice business in Rockland, VSI is the state’s only waterfront water-freezing company. The closest competitor is in Gloucester, Mass.

Ice has always been a necessity for commercial fishing, especially groundfishing. When Turner began his career as a fisherman in 1978, he recalls, trucks lined Commercial Street to deliver ice. Some of it would melt as it was transferred to the boats on warm summer days.

Vessel Services was launched in 1980 by a group of fishermen under the leadership of a maritime attorney, Edward F. Bradley Jr. Although a for-profit corporation, the 25 shareholders operated VSI to benefit the fishing community, according to Tracy, who is Bradley’s son-in-law.

“It was run in the spirit of a cooperative, with the focus of providing reliable supplies and service to the industry,” he says. “That was the spirit of Vessel Services then, and it still is today.”

VSI originally leased space at what is now Portland’s Ocean Gateway Pier, but moved to the Fish Pier when it opened in 1983 on 15 acres of city land. With the ability to make ice at the water’s edge and to funnel shards of “fractured ice” directly into a boat’s hold, VSI was well-positioned to satisfy the boom in commercial fishing. That demand increased in 1986 with the creation of the Portland Fish Exchange, just across the pier.

But it hasn’t always been smooth sailing for Vessel Services.

As Maine groundfishing declined during the late 1990s, so did the business. In part because of growing federal restrictions, the number of licensed fishing vessels in the state shrank 25 percent from 1994 to 2004.

By that time, VSI’s ice sales had fallen to 15,000 tons. And the cost of energy to drive the ice compressors was increasing. The company shortened its hours and spun off its fishing gear business.

Then in 2008, VSI was rocked by the discovery that a bookkeeper, Rhonda Coppersmith, had embezzled more than $400,000 from the company, a charge for which she was later convicted and sentenced to 27 months in prison.

“That was a traumatic event for the shareholders,” Tracy says. Since he is also an attorney, he began consulting with VSI, and eventually was directing operations of the company. Since 2017, he’s owned it in partnership with General Manager Mike Foster. 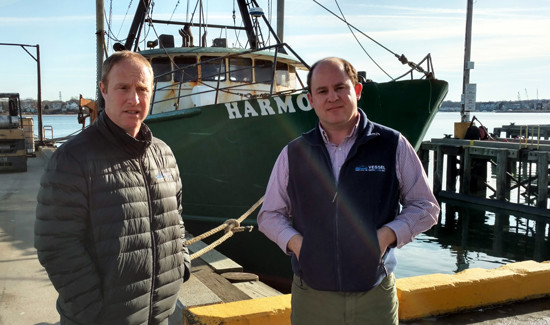 But the new leadership hasn’t changed the older challenges.

Ice sales now total 5,000 to 7,000 tons a year, and fuel sales are only about 25 percent of what they used to be, according to Tracy. After employing over 20 people at one point, the company now has seven workers.

In addition, non-marine development on the Portland waterfront has raised questions about the future of businesses like VSI.

Foster, who’s worked with the company for over 20 years, says, “We’ve seen other waterfront businesses getting squeezed out of their locations. And when they move away from the waterfront, they don’t get re-created.”

Without VSI’s prime spot on the pier, close to the Fish Exchange, deep water, and landside transportation, the business would lose the “critical mass” necessary to survive, according to Foster.

Nevertheless, both Foster and Tracy say they’re bullish on the future of Vessel Services—and of Portland’s fishing fleet.

The company is actively marketing its ice for new uses, such as weddings and parties. VSI also sells dry ice to seafood processors, and operates a small retail store, with bait, supplies, and even clothing.

But most of all, Tracy says he’s optimistic because of “the strong Maine fishing heritage.”

“Young people are coming into the industry, especially in lobster, and have the work ethic, smarts, and commitment to be successful. The resource—fish—is healthy and getting healthier.”

He’s also confident that a solution can be found to satisfy Portland’s thirst for development and the needs of the fishing fleet.

“The city knows and values what fishing brings here,” he says. “And people aren’t coming here just to look at the boats. They want to smell the bait.” 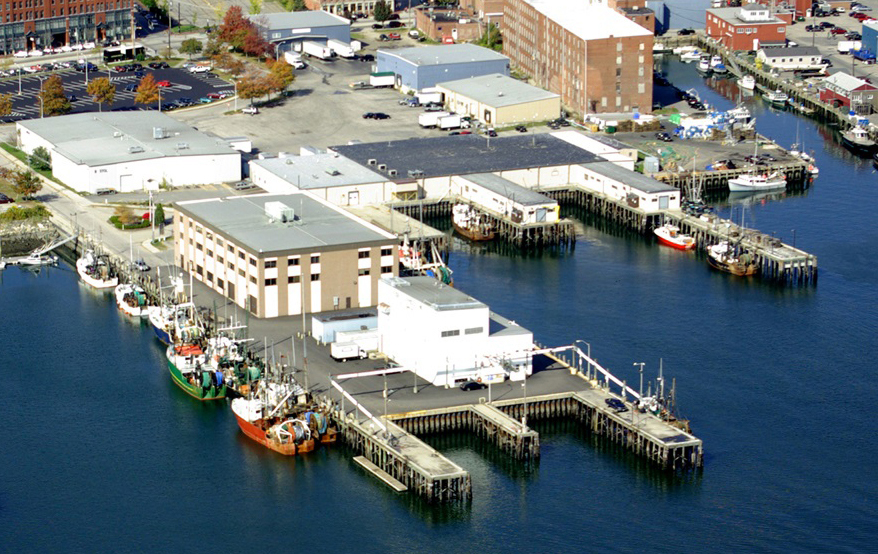 An aerial view of the business location.